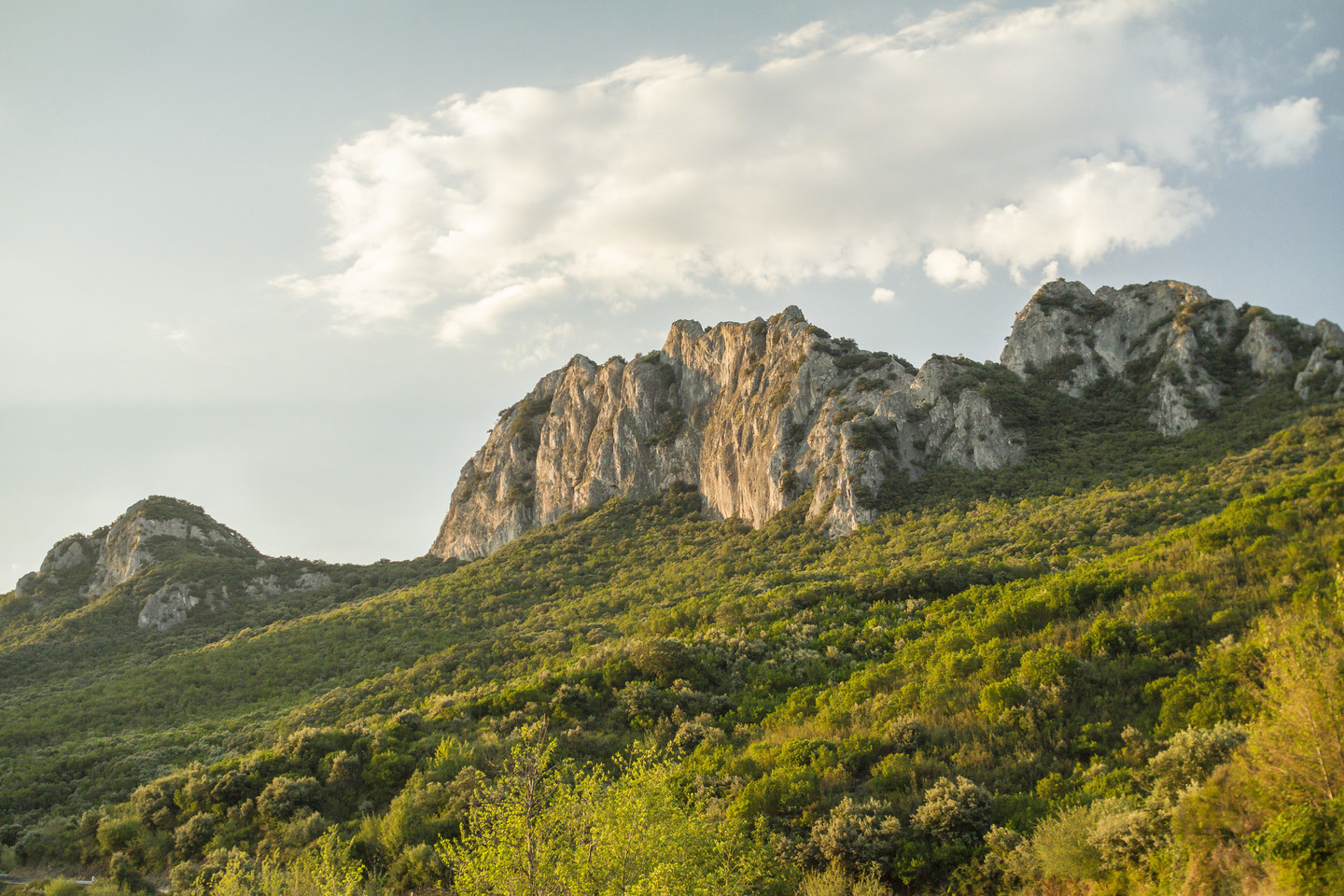 Today we are going to talk about one of the six Natural Parks in Galicia. One of the smallest but also one of the most singular and least known: the Parque Natural da Enciña da Lastra, in the province of Ourense, whose headquarters is located in the town of Biobra, in Rubiá.

One of the park’s attractions is its unique vegetation. Full of cork oaks, olive trees, almond trees or holm oaks, which give the park its name, together with bushes of lavender, thyme or oregano. It also hosts more than 25 species of orchids that make this park a unique landscape very different from the rest of forests that we find in our region.

Enciña da Lastra is also an ornithological refuge. It is a natural habitat for birds of prey, such as the hawk or the eagle, and is home to the largest concentration of nesting birds in Galicia.

Another characteristic of this park is the limestone landscape, not very abundant in Galicia, where it is easier to find granite. The most recognizable rock formation in the Parque Natural da Enciña da Lastra is Penedos de Oulego. They are the best example of karst morphology in Galicia. These are three large stones that simulate white tusks leaning out over the forest and dominating the horizon. A set of limestone rocks that rise above a green mantle or over the fog, creating a beautiful contrast, and that in winter are usually snowed.

The park also has nine viewpoints from which you can enjoy the wonderful panoramic views: Caprada in Oulego, Alta da Escrita in Biobra, Tanque de Covas or La Portela in Vilardesilva, are some of the most significant.

Take one of the many routes that will allow you to explore its more than 3,000 hectares. Behold the unique fauna and flora of this place, which is home to the largest area of Mediterranean vegetation in Galicia. Observe its magnificent karst landscapes. Venture into their caves, which here are called “palas”, full of stalactites and stalagmites and which have one of the largest bat populations in Spain.