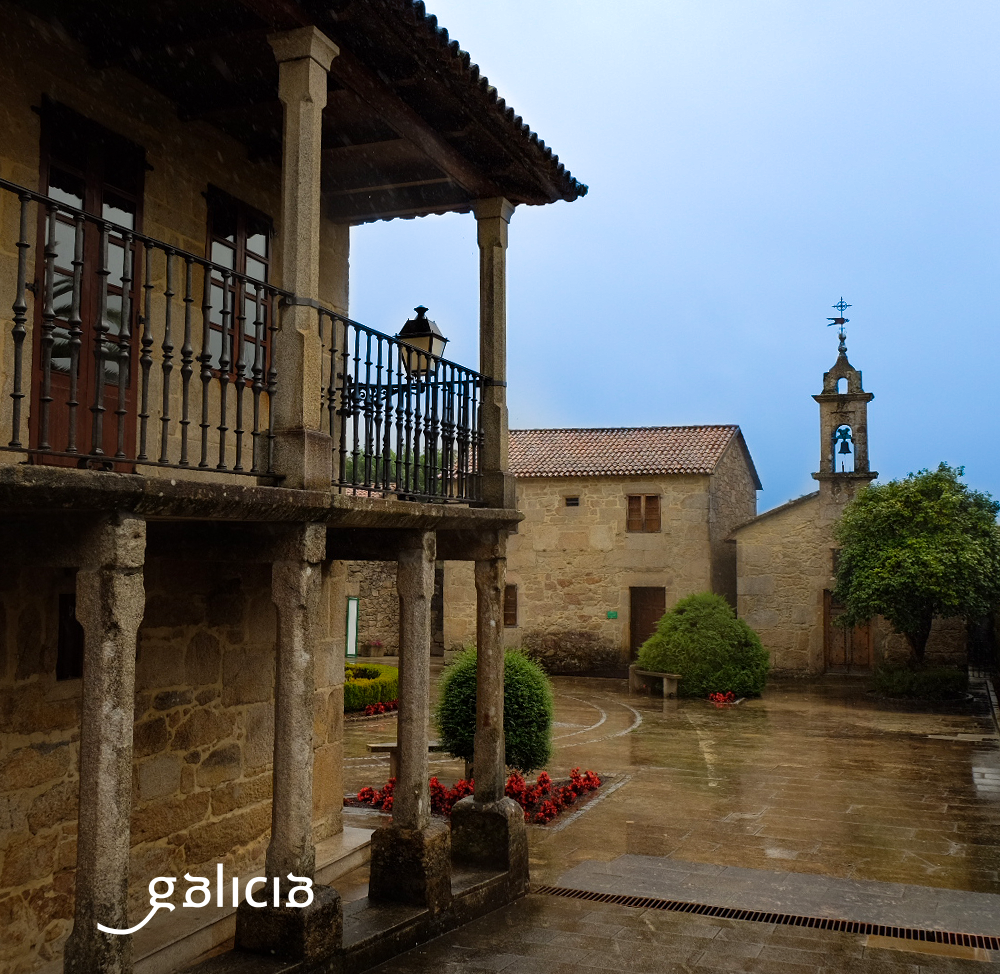 In Bertamiráns (Ames), a few kilometres from Santiago de Compostela, there is a stately building with a curious history that has now been converted into a space for walking and resting: the Pazo da Peregrina. Built in the 18th century, today there are still doubts about its origins. Some suggest that it may have belonged to the house of Altamira, also owner of the Torres de Altamira in the neighbouring town of Brión. However, the fact that the pazo is located in a jurisdiction that was controlled by the church of Compostela, which was in conflict with the Altamiras, makes it more plausible that it was owned by the religious institution or some local merchant.

The Pazo da Peregrina is composed of a main building with two floors, two smaller auxiliary buildings and a chapel dedicated to the Virgen Peregrina. The main building, with a T-shaped floor plan and a wide balcony, was where the inhabitants lived, while the auxiliary constructions were occupied by the landlords and also housed an oven, the warehouse and the wine cellars. All the constructions are nearby and are located in a square with an ornamental stone fountain. In the chapel, which is small and rectangular in shape, mass was celebrated on Sundays. It fell into disuse when the Peregrina’s church was built on a plot of land annexed to the pazo, where mass is still celebrated today.

But without a doubt what attracts the most attention in the complex is its garden. It is an area of almost one hectare that houses numerous species of trees, a maze of hedges, a vine and three decorative pools. The enclosure was delimited by a stone wall that was replaced in 2013 by another of wrought iron. It has four entrances, one in each corner of the rectangular enclosure.

The pazo became municipal property in 1992, after the Council of Ames reached an agreement with the construction company that had bought it from its last heir, Elena Tagores Paramés, wife of General José Luis Azcárraga. It is precisely he who gives his name to the street that runs parallel to the eastern side of the pazo. Between 1998 and 2001, work was carried out to remodel the buildings. At present, the auxiliary premises house municipal offices, while the main building is used for the celebration of exhibitions, weddings and other types of events. The gardens of the enclosure are open to the public for their enjoyment.

The Pazo da Peregrina is one of Bertamiráns’ major tourist attractions and shows how the rich heritage and history of the past can take on new value today as a space for the use and enjoyment of locals and visitors.