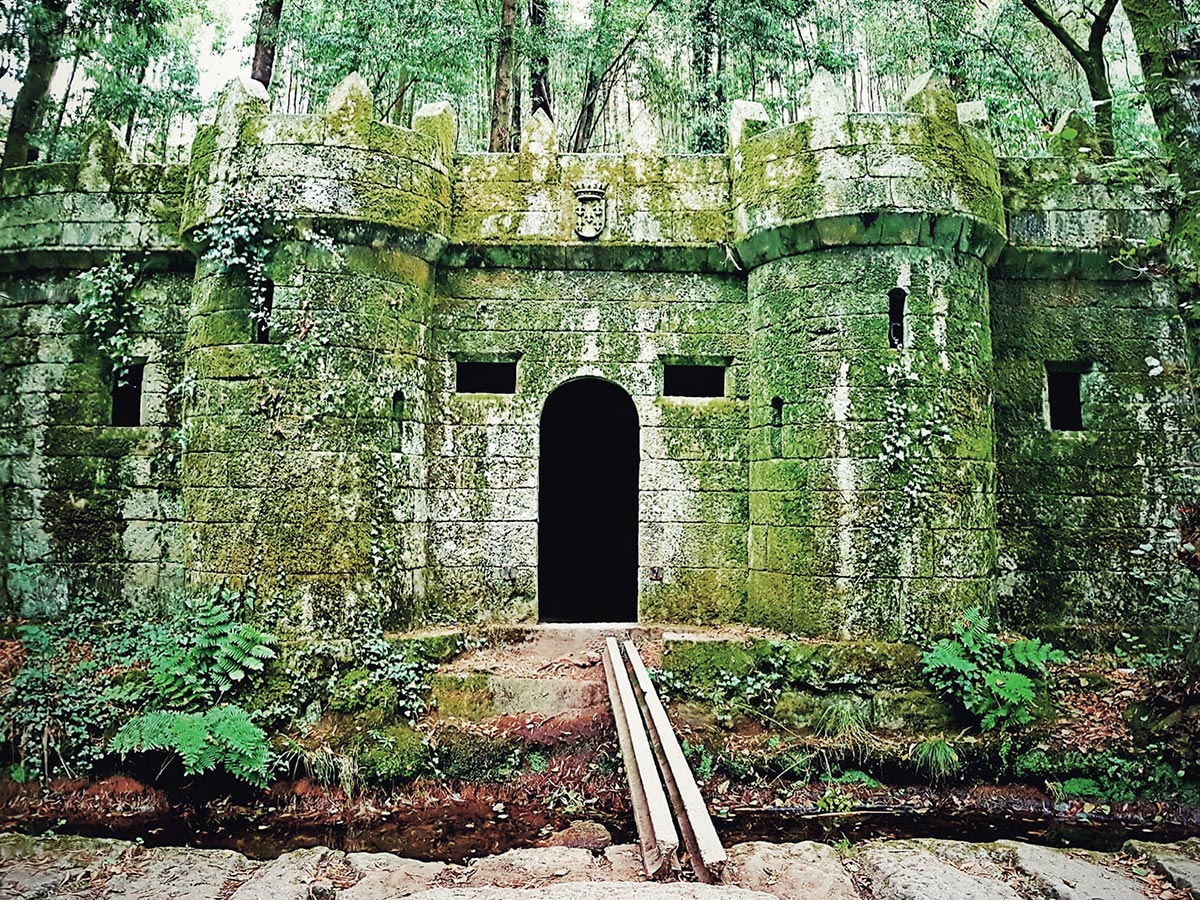 La Finca de Frendoal, also known by the locals as the Enchanted Forest, is located in the parish of Aldán, belonging to the municipality of Cangas, in the region of O Morrazo, Pontevedra.

This estate was part of the Tower-House of Aldán, owned by the Counts of Canalejas, and at the time was used as a place of recreation for the counts and their guests. The property was separated from the main farm by the construction of the road linking Cangas with Bueu and was later donated to the Concello de Cangas, which decided to leave it for the use and enjoyment of locals and visitors. That’s when his fame as the Enchanted Forest begins.

Despite being a well-known place, its location is not well signposted and it is not easy to get there. We must take the PO-315 road that goes from Aldán toMoaña. At Km 109 there is a deviation, which leads to a small medieval bridge and a rustic washing place (Lavadoiro das Pardellas). At this point is the entrance to the forest.

Once there, a gloomy path surround edby autochthonous trees, such as oaks, chestnut trees, birches or laurels, which runs parallel to the river (or regato) Orxas, takes us to a small castle with a moat and drawbridge of which only the structure is found, but which will delight the youngest. Built in the 1960s, it was never finished, but its current state, covered in moss and vines, helps increase the park’s magical atmosphere. It is an ideal place to sit on one of the stone benches that surround it, rest and listen to the sound of water and wind between the leaves of the trees.

It is precisely its leafy grove –whichforms a natural roof of branches-, together with the thick vegetation, which has given this estate its fame of enchanted.

A little further on we find the so-called Arco dos Mouros or Arco da Condesa. This is a small aqueduct of medieval masonry, although of Roman origin, which is inside the estate. It was in charge of carrying water from a nearby water mine to the pazo farms. Today, only one of the original arcades under which the path that runs through the park passes remains.

This is a short route but full of charm where the best is the feeling of silence and disconnection that the walk provides the walker. The abandoned constructions, the big trees, the lullaby of the river make this ghostly effect intensify giving the traveller the sensation of being in an authentic Enchanted Forest.