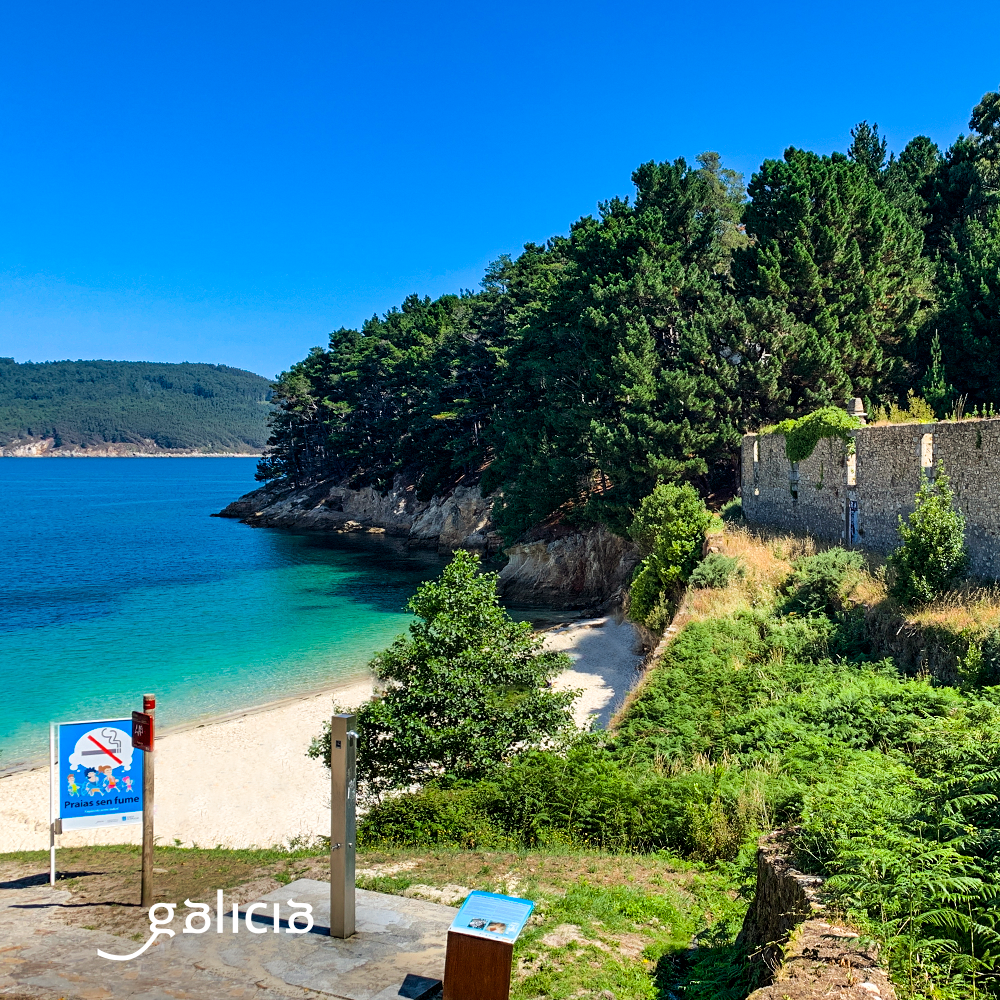 There are more than 700 beaches on the Galician coast, making the community the ideal destination for lovers of the sea, sand and outdoor leisure. Many of these beaches also boast the status of “Praias sen Fume” (Smoke-free beaches) thanks to an initiative born in the municipality of Baiona in 2012 and extended to the entire community by the Consellería de Sanidade de la Xunta de Galicia through the Galician Program for the Promotion of a Life without Tobacco.

It is an initiative that aims to get smokers to stop practicing this habit on the beaches thus promoting both healthy behaviors and the care of the environment.

Since its launch, the program has not stopped growing, also opening to the incorporation of river beaches, so that a good number of inland municipalities have been able to join the initiative.

This year there are a total of 64 Councils that have placed the flag and the signage of Smoke-free Beaches in some of its beaches. The total number of tobacco-free spaces thus amounts to 141: 51 in the province of A Coruña; 24 in Lugo, 10 in Ourense and 56 in Pontevedra. Among the beaches that have been freed from tobacco smoke are iconic and well-attended beaches by families such as Santa Cristina, in Oleiros; A Rapadoira, in Foz, and Silgar, in Sanxenxo.

Those responsible for the campaign explain that the smoking ban affects the entire area of ​​the beach located from the informative signage, except those outdoor areas of the bars or restaurants located in the beach itself. It is an awareness campaign that does not provide sanctions, but from the Administration they appeal to everyone’s collaboration and remember that the beaches are recreational spaces “to enjoy nature, where tobacco smoke has no place, being totally expendable”.

So if you want to know what are the beaches where smoking is prohibited, lay your towel on its sand and take a dip in the healthiest environment you can check the full list here. Surely you have some nearby.