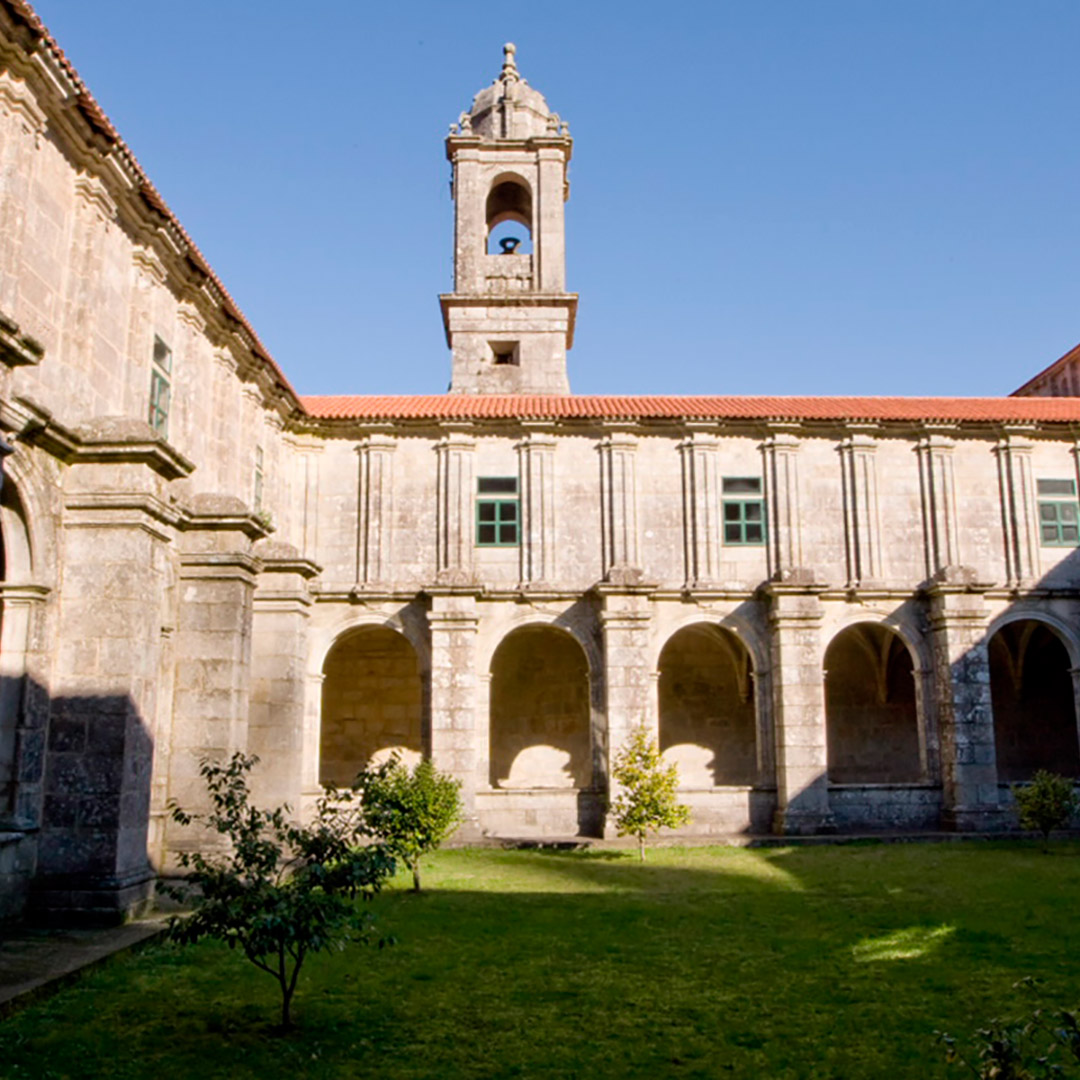 There are places that captivate us in such a way that it is difficult to forget the sensations that we experience there. This is the case of the Monastery of Santa María de A Armenteira, located on one of the slopes of Mount Castrove (Meis, Pontevedra), and embraced by an abundant vegetation that creates the perfect atmosphere of peace and tranquillity. Add the water that falls from the spring on which it is located, and it makes up the perfect soundtrack. Without a doubt, a magical place.

Put on comfortable footwear and embark on the Ruta da Pedra e da Auga, a most captivating trail that stretches along the Armenteira river. You will discover on the way numerous windmills, some already abandoned and others restored, that constitute a sample of the history and tradition of the area. The tour concludes with the arrival at the Monastery, a gift for the eyes and for the soul at the end of the journey.

From the XII century it belongs to the Cistercian Order, receiving the name of Santa María de A Armenteira. Thanks to the reconstructions that were made in the following years, a group of nuns from the Monastery of Alloz (Navarra) could inhabit it since 1989 and restore Cistercian life. The Cistercian Sisters practice a life dedicated to prayer and work, and offer their own creations of natural soaps and other cosmetic items in the small shop that is located in the Monastery’s own entrance. They also take care of the hostel, with fourteen rooms of the most welcoming and also take care of the countryside through ecological agriculture. The Monastery receives with open arms everyone who seeks a place of peace away from an ordinary accelerated life. A real rest offered by silence and contemplation of nature, which leaves space for prayer and meditation.

The church is the most important building and the only one that has remained standing of the primitive monastery. It is a large building with three naves with a monumental façade, which has a magnificent rose window with floral geometrical openings that allows the interior of the temple to be illuminated as a symbol of the expectation of the rising sun. It is a sober and simple medieval church, typical of Cistercian architecture, which obeys the strict norms of San Bernardo based on the austerity of the buildings and the lack of ornamentation.

Not only is the church a marvel, walking through the cloister means contemplating Gothic, Renaissance and Neoclassical constructions, artistic styles from different periods that were integrated into the same work for more than a century.

The Monastery of A Armenteira is considered one of the most beautiful in Galicia, the tranquillity of its surroundings makes it the ideal place to go to spend the day, or even several, and get away from the overwhelming pace of urban routine. Promising, isn’t it?