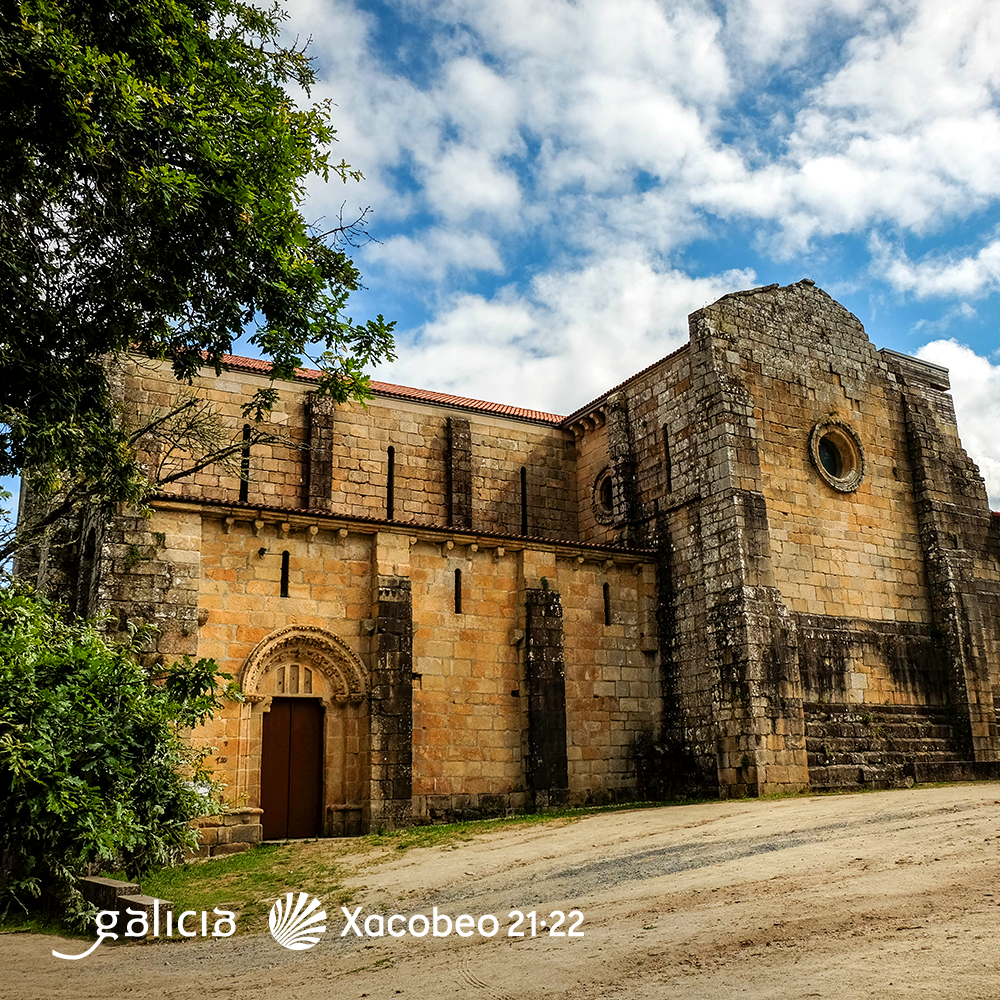 In the heart of Galicia, surrounded by forests and sheltered in one of the meanders of the river Deza as it passes through the Pontevedra municipality of Silleda, stands one of the jewels of our monastic heritage. We are talking about Saint Lawrence of Carboeiro, a monastery founded in the 10th century and which in recent years has begun to recover some of its lost splendour.

This year 2021 marks several important anniversaries in the history of Carboeiro. The most recent one takes us back 90 years in time, to 1931, the year in which the monastery was declared a historic artistic monument by the Ministry of Public Instruction and Fine Arts. This recognition marked a turning point in the process of decadence and progressive deterioration that the monastery had suffered over the last few centuries and laid the foundations for the restoration work that would begin three decades later.

The other event being commemorated this year takes us back to the early stages of the monastery and connects us directly with one of its most outstanding elements: its church. An inscription inside the church dates back to June 1171, 850 years ago now, when work began on the current church, built in the time of Abbot Ferdinand on the remains of the original construction. The place was at its peak at that time, and good proof of this is precisely the construction of the church, one of the great jewels of Galician transitional Romanesque art. Its similarities with the groin vaults of Santiago Cathedral and the decoration of the Pórtico de la Gloria have led several specialists to attribute its design and construction to Master Mateo. This new church only increased the monumentality of a place that began as a simple hermitage inhabited by a hermit by the name of Egica and bought, according to a deed that no longer exists, by the Counts of Deza in the year 939.

It was during the 12th and 13th centuries that the power and influence of Carboeiro, which at that time belonged to the Cluny order, grew the most. Its territorial rights extended to the lands of the Salnés region and within its walls were kept important relics of several saints, and even a thorn from the crown of Christ’s crucifixion, which according to ancient chronicles was stolen half a millennium ago.

However, the monumentality of the site, despite its abandonment and the spectacular nature of its location, continued to attract the attention of many people and some professionals in the audiovisual sector who, from the middle of the last century, turned it into the backdrop for several films and television series. The repairs that began to be carried out in the 1970s halted the deterioration and allowed the site to be restored, making it a popular destination for tourists, thanks also to a programme of guided tours.

Moreover, the setting in which it is located has made it a key element of one of the routes designed to showcase the natural and historical heritage of the area. Carboeiro is at one end of the Sendero del Deza, a route that links it with the famous Fervenza do Toxa and which, following the course of the river, takes visitors to points of great interest such as the chapel of San Campio, the river beach of A Carixa and the bridge of O Demo. The latter is a place of legendary origin directly linked to the monastery.

Legend says it that the monks of Carboeiro, tired of seeing how the river floods destroyed the viaduct they had built over the Deza, accepted the devil’s offer to build a bridge capable of withstanding the onslaught of the water. In exchange, they were to hand over the souls of those who crossed it on a Sunday, but the monks circumvented the agreement by prolonging their prayers throughout the day to keep the neighbours in the monastery and prevent them from crossing the bridge. Perhaps the devil finally took part of his revenge a few years ago with a flood that caused several damages to the viaduct, but the repair works carried out afterwards have allowed tourists to cross that longed-for passage of the monks and neighbours of the area and discover the charms of Carboeiro.