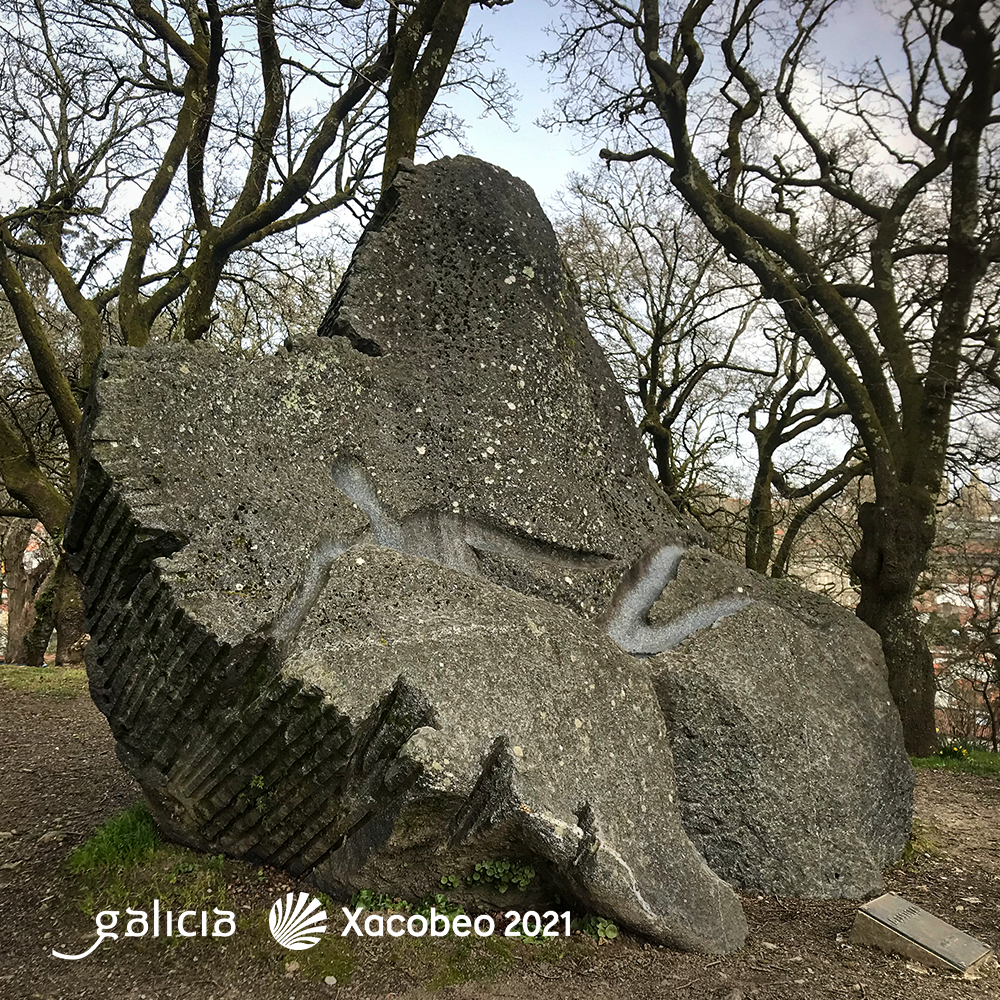 Since 2014, Galicia has been celebrating the Day of the Illustration every 30 January, an initiative of the Xunta de Galicia with the collaboration of the Galician Association of Professionals of the Illustration. The choice of that day in the calendar is not accidental, but the promoters of the commemoration chose it because it is one of the dates commonly accepted (there is also talk of the 29th and even the 12th) as the Castelao’s birth. This is a tribute to current illustrators while remembering an intellectual who cultivated various creative fields, but it was precisely in the field of illustration where he developed some of his most celebrated works. We would like to join the tribute to Castelao by inviting you to visit some of the places where his legacy is most present.

The town of Rianxo saw Castelao’s birth in 1886 and was his place of residence during most of his childhood and adolescence, as well as after completing his studies of Medicine. It is therefore not surprising that his trace is particularly vivid there. The writer, cartoonist and politician gives his name to the municipal library, located in an old manor house, and to the square where the town hall is located. This is the starting point of the route designed in his memory, which covers many of the places related to Castelao’s life. There are more than 30 different spaces, twenty of which are located in the old town of Rianxo and are easily accessible on foot. The rest are in other parishes of the municipality. Those who follow the Castelao Route can visit places such as the Casa Cándido, which houses the bookshop founded by his friend Cándido C. González; the chapel of San Xosé de Floresta, one of whose coats of arms inspired Castelao to design his coat of arms of Galicia; the bust in his honour located in the Paseo da Ribeira, or his birthplace, acquired by the town council to turn it into a house museum.

In 1916, the job he obtained in the Geographical Statistical Institute took Castelao to the city of Pontevedra, where he settled and developed an intense intellectual and political activity. He took an active part in the activities of the Museum of Pontevedra from its creation, becoming a member of its first board of trustees and contributing his own materials to its collection in 1931. Thus began the Castelao Collection, which was considerably expanded after his death with the works donated by his widow. Nowadays, the Museum of Pontevedra holds and exhibits an important legacy of more than 2,000 works and pieces by Castelao, to which the original illustrations of the Álbum Nós have just been added. Also recently, those responsible for the institution have decided to baptise with Castelao’s name one of the six buildings that make up the complex, which until now was known simply as Sexto (Sixth). Moreover, the intellectual’s trace in Pontevedra goes beyond the limits of the museum and can be seen in many other parts of the city. The most visible are those where the two sculptures erected in his memory stand. The first of these, the work of Buciños, was placed in 1983 in the Plaza de Santa María. More recent (2006) is the sculptural group created by César Lombera and placed in front of the Café Moderno in homage to the intellectuals who participated in the gatherings that took place there in the 20th century. A bronze Castelao shares the space with Alexandre Bóveda, Ramón Cabanillas, Valentín Paz Andrade, Carlos Casares and the musician Manuel Quiroga.

The Galician capital was the city where Castelao studied medicine and where he began to develop his artistic interests. And it is also the place where his mortal remains rest, after being transferred to Galicia in 1984 from Buenos Aires, the city to which the exile caused by the Civil War had taken him and where he died in 1950. Castelao now occupies a place of honour in the Pantheon of Illustrious Galicians, located in the old church of the convent of San Domingos de Bonaval, alongside other great figures of Galician culture such as Rosalía de Castro, Domingo Fontán and Ramón Cabanillas. There, the foundation created to preserve his memory celebrates an annual floral offering on the anniversary of his death. A sculpture by Francisco Leiro placed in 1995 in the Alameda in which Castelao’s silhouette appears on a large map of Galicia is another of the tributes that can be seen in Santiago de Compostela.

But the memory of Castelao is not only present in Rianxo, Pontevedra and Santiago. The intellectual gives his name to streets and educational centres all over Galicia and there are dozens of sculptures, busts and plaques in his honour in cities, towns and villages. One of these monuments can be seen in A Coruña, a city that reserved one of the most prominent spaces in its Plaza del Humor for the rianxeiro. A life-size sculpture of Castelao on a stone bench presides over that place next to another similar piece dedicated to Álvaro Cunqueiro. Ourense, where another statue of the intellectual made by Buciños seems to walk through its streets, Padrón, Lira (Carnota) and Redondela are other localities in which they also pay tribute to the rianxeiro with sculptures, and their number keeps growing. At the end of 2020 and coinciding with the centenary of the magazine Nós Lugo inaugurated a sculpture so that the city of the Wall can also remember Castelao. In A Estrada, the town where Castelao married and in whose cemetery the remains of his wife and son rest, it can be seen in the Manuel Reimóndez Portela Museum the Castelao’s bedroom in the Argentine capital, donated in the 1980s to the municipality by the emigrants in Buenos Aires.