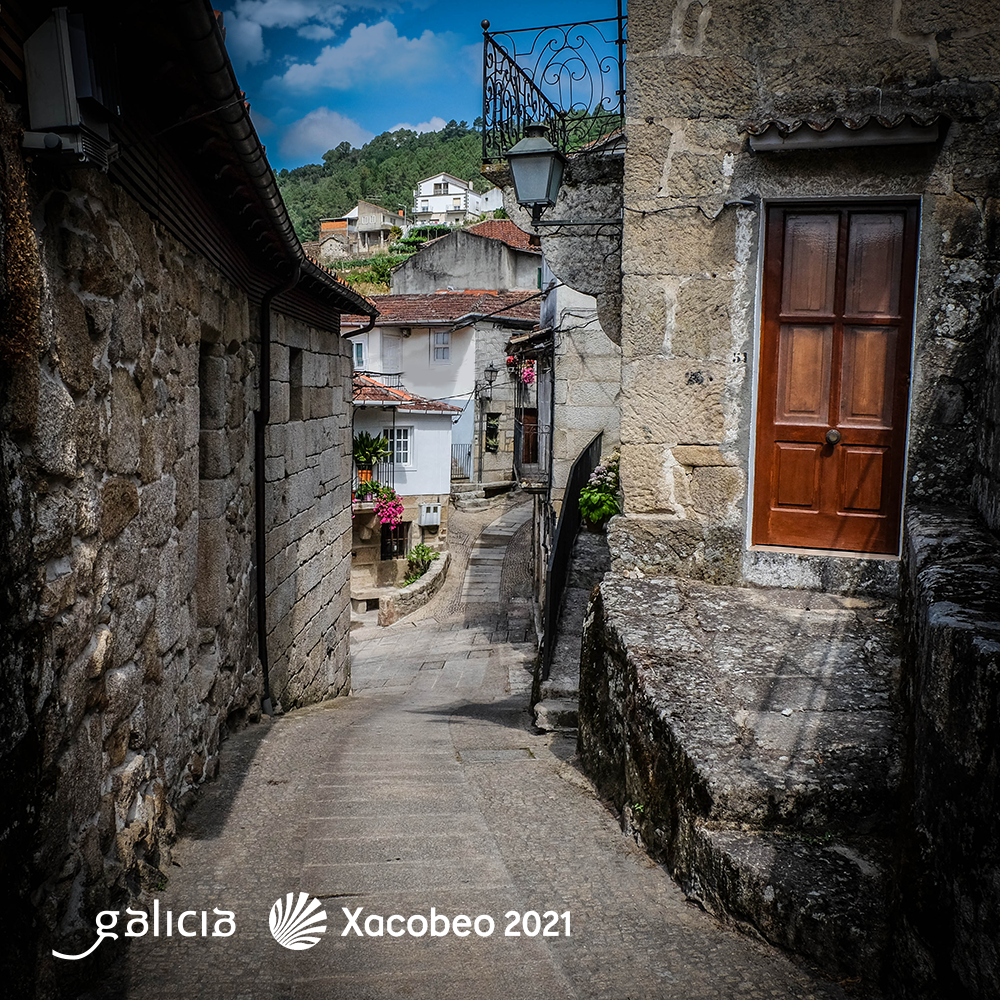 Present throughout Galicia, the “pazos” are the main manifestation of Galician stately architecture. They were traditional dwellings of noble families and their location is mainly rural, as they served as the place from which their owners controlled their lands. The origin of some of these constructions were in old fortified towers that over the years were extended and transformed into buildings more oriented to a comfortable way of life, but without losing the character of reference point for the surrounding population.

Its period of greatest splendour is between the 17th and 19th centuries and the proof of its importance can even be seen in the toponymy, since they have given names to places, parishes and even a municipality, as is the case of Pazos de Borbén (Pontevedra). But if there is a place where its trace is deeper and more visible nowadays, it is in lands of the province of Ourense, in the municipality of Boborás and more specifically, in a place that honours its name: Pazos de Arenteiro.

The first historical references to this place, whose homonymous parish currently has around a hundred inhabitants, go back almost 900 years in time, to the will of the abbot of the monastery of San Clodio. And its heyday in subsequent centuries is directly linked to the presence of the religious orders of the Holy Sepulchre, at first, and of Saint John of Jerusalem later, and to the importance of the wine trade. The river that lends its name to the place, the Arenteiro, also played a key role in its development, feeding mills that were a source of prosperity and forcing the building of bridges both over its course and over the Avia, to which it pours its waters. Those viaducts were a place of passage for those who travelled along an old royal road or an old pilgrimage route to Santiago de Compostela that is now being revitalised: the Miñoto Ribeiro Way.

More than half a dozen of the stately homes that give the place its name and other constructions that make Pazos de Arenteiro an exceptional place have been preserved from that period of splendour. This is confirmed by the fact that almost half a century ago it was declared a historical-artistic site and we want to show you it with this guide of the places you will see when you walk through its old cobbled streets.

The large coat of arms above the entrance door and the ornaments that decorate its façade reveal the importance of this building and of the family that gives it its name, which also has another of the stately buildings of the place: the Casa or Pazo de Arriba, known for its three chimneys.

Probably built at the end of the 12th or beginning of the 13th century, according to the inscription on an ashlar, this church played a central role in the presence of the Order of the Holy Sepulchre in Galicia. It is located in the centre of Pazos de Arenteiro and stands out for its Romanesque doorway and its apse.

This building, now converted into a hotel, was part of a larger monastery already disappeared. It also served as the rectory, which is why it has an entrance to the church. Several coats of arms and the symbols of the Order of Malta decorate its walls.

The House of Penedo

Its importance lies in having been the home of the Inquisitor of Santiago. Its main railing was taken from a balcony of the monastery of Santa María La Real de Oseira following the disentailment of Mendizábal.

A stately home situated in the heart of the town, with a balcony supported by three enormous corbels. O Palenque is not only the name of the house but also of the balcony that opens up at its feet and which is currently used as a place of passage for several nearby houses. In old times it was an enclosed space where public punishment ordered by the Inquisitor took place.

U-shaped building facing the square, whose façade is presided over by a large balcony and a heraldic coat of arms.

Three coats of arms located over its main entrance welcome those who come to this pazo located outside the main centre of Pazos de Arenteiro and whose construction began in the mid-sixteenth century.

Bridge of the Holy Sepulchre

Located over the Arenteiro River and of medieval origin, this viaduct owes its name to the religious order that built it and whose symbol can still be seen on one of its stones. It also presents an image of a saint that could be Santiago Peregrino, since the Miñoto Ribeiro Way passes through it.

Bridge of the Cross

The War of Independence almost destroyed this viaduct at the beginning of the 19th century, but one of its four stone arches over the Avia River survived to allow us to imagine what it was like originally. It was there that in 1809 a group of local residents under the command of the military Bernardo González del Valle, known as Cachamuíña, faced to the French troops and achieved their retreat.