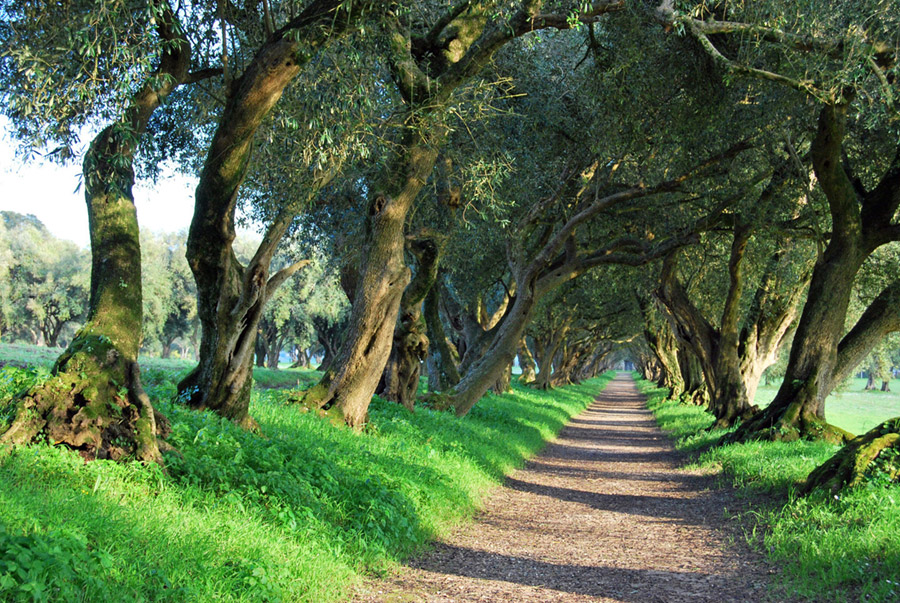 Increasingly closer to the beginning of spring, we are sure that there are many of us who try to make the most of the hours of light and good weather. A good way to do this is to visit special places such as the Pazo de Santa Cruz de Ribadulla, in the municipality of Vedra in A Coruña.

A singular building, also known as Pazo de Ortigueira or ‘Granja de Ortigueira’, which has its origin in the sixteenth century, when Juan Ibáñez de Mondragón – canon of the Cathedral of Santiago – buys the properties that later formed the pazo. With time, the property expands with the construction of a chapel, the existing buildings are reformed and the layout of the olive and vine plantations that we can see today is established.

This orthogonal Renaissance influenced layout is divided into three main areas: cultivated land, mountain land and a plot reserved for the orchard and the spectacular pazo gardens. Thanks to the avenues and promenades that were created to separate the different plots, today we can walk between gardens and plantations worthy of admiration.

Next to the pazo is the garden, a spectacular botanical space that stands out for its diversity and floral richness. Of course, a scenic wonder for any visitor who comes to this point. Especially relevant is the collection of camellias that flood this space, a plantation that dates back to the nineteenth century when Ivan Armada and Fernandez de Cordoba – known as ‘Uncle Iván’; – increases the planting of this species that already grew in the garden from previous plantations. We remember at this point that the Pazo de Santa Cruz de Ribadulla is also part of the Camellia Route, which proposes different routes through some of the most impressive gardens in Galicia. 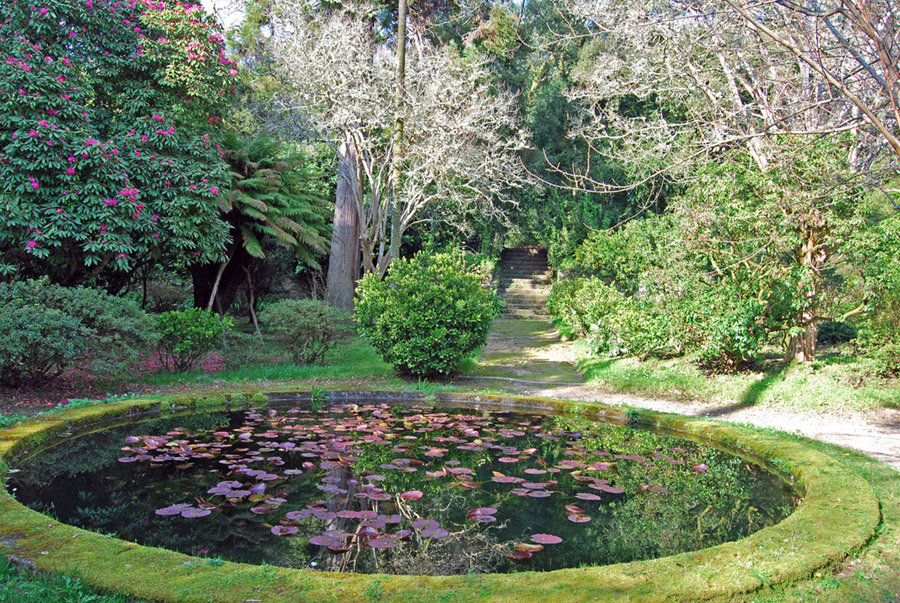 However, the most relevant part of the property lies in the number of monumental trees it houses. Among them, we can emphasize gigantic magnolias, Australian ferns, the tulioanes of Virginia, the pyramidal oak, the palms of Washingtonia as well as the impressive set of olive trees that surround the avenues. More than five hundred olive trees that were used to produce oil until the twentieth century and that today form a majestic walk of hundred-year-old trees with more than five centuries of life, there is nothing.

No less important are the vine crops, which were used to produce the precious Ulla wine and the source of ‘La Coca’. A work by Diego de Romay, commissioned by the first Marquis of Santa Cruz de Ribadulla, whose name in Galician is due to the winged dragon that appears represented in different coats of arms of the pazo.

In short, all you have to do is plan your visit and choose the best day to contemplate this beauty. Take into account the timetables and services offered by the facilities on their website http://www.pazoderivadulla.com/, and dive right in between camellias and century-old trees.