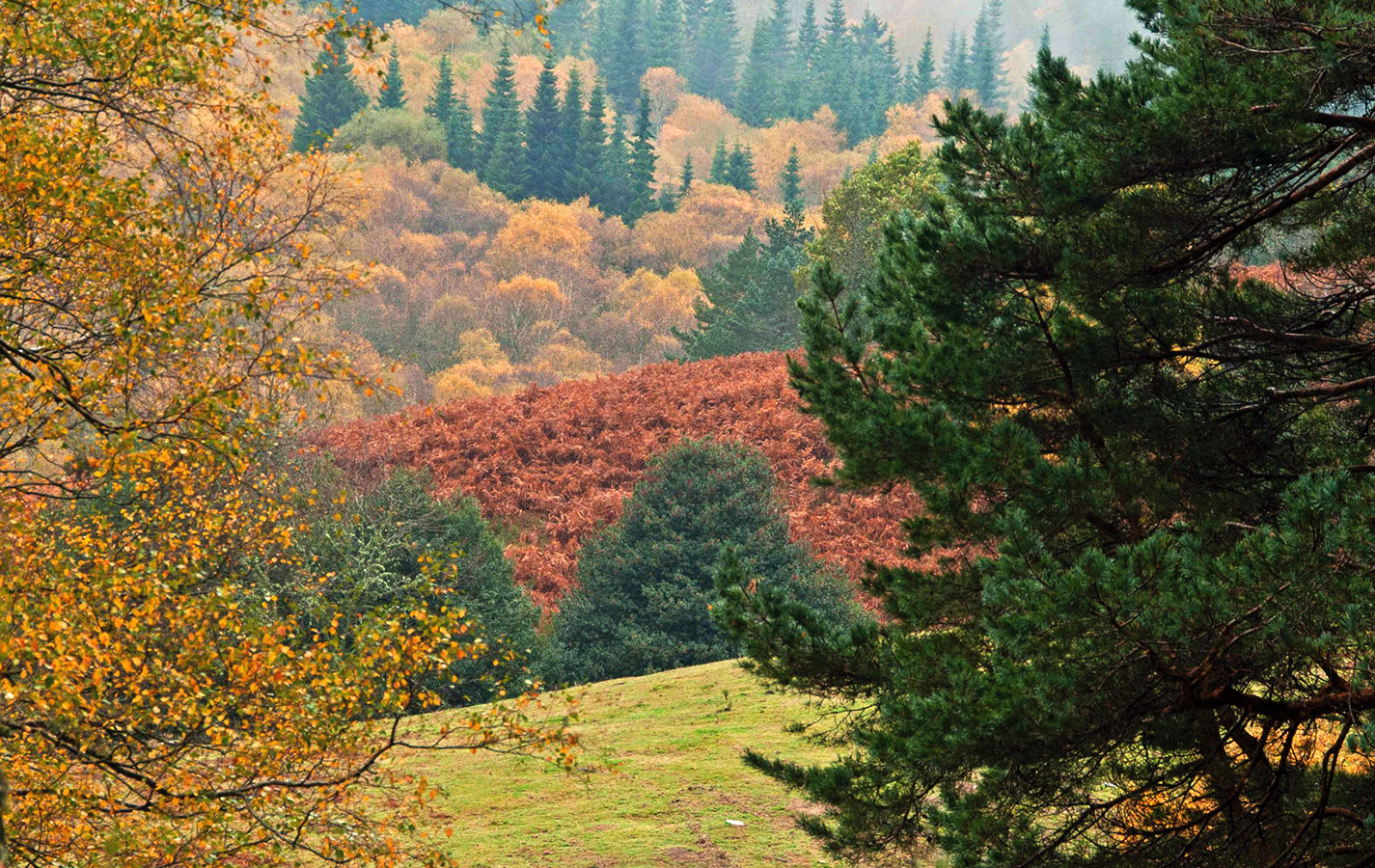 Galicia is a magical place where many myths and stories have been born, either because of its environment or because of its stories. One of the most representative myths of Galician popular culture is El Hombre del Saco, a legendary character that has its origin -according to some historians- in the case of the Galician ‘lobishome’, the first serial killer and psychopath in the black history of 19th century Spain.

A large part of the story of this character is located near the Gabín-Montederramo Bidueiral in the San Mamede mountain (Ourense). A wooded area of outstanding ecological importance that lies at the transition between the Ribeira Sacra and the Quiexa-Manzaneda Massif, integrated into the Red Natura 2000. And it is here, among the birches and other native species that make it up, that the history of the first case of clinical lycanthropy recorded in Spain unfolds.

Manuel Blanco Romasanta was born in 1809 in the village of Regueiro (Ourense) and lived an ordinary life as a tailor until his wife died. From that moment on, he started to work as a peddler, moving around several places in Galicia. During these trips through the woods and remote trails, he was accused of murdering bailiff Vicente Fernandez, a crime for which he was sentenced to ten years in prison. However, he never served his sentence because he hid for months in the Galician mountains.

Throughout this period, he was responsible for the disappearance of several travellers whom he ‘helped’ as they passed through the paths of the bidueiral. He was deceiving his victims, generally women and children, offering them a better future in cities like Santander or Ourense. When he was able to convince them, he offered himself as a guide on a journey that never ended at the promised destination, for on the way he killed them in the most remote parts of the forest. But he made some mistakes that began to arouse suspicion among the villagers: he sent letters in his own handwriting to the relatives of his victims, sold his clothes at fairs and even circulated rumors that he offered a kind of ointment made from human fat.

Romasanta, also known as ‘sacamantecas’, was finally arrested (after fleeing on more than one occasion) in Toledo, where he justified his murders by an alleged curse that made him a werewolf every night of the full moon. It was probably the fear and terror that he sowed in Galicia during these years, which led him to consider that Romasanta is the figure that represents the feared Galician ‘Hombre del Saco’.

Today we can walk among the trees that still keep alive the memory of the werewolf that used to walk this bidueiral, thanks to the Ruta do Bidueiral. A route of almost ten kilometers that submerges the hiker through forges that host important samples of native species (birches, hazelnuts, wild pines, oaks,. . . ) and a varied fauna in which deer, wild boars, hares, blue, partridges or eagles stand out. From start to finish, the route allows you to admire the different shades of the trees that, depending on the season, offer a different view of the place.

After crossing the bidueiral and completing the homologated route that crosses the area of Campo do Casar, we can make the last effort and climb to the top of San Mamede – at 1618 meters of altitude – from where we can see an incomparable panoramic view. There is the hermitage of San Mamede which, according to legend, was built with the help of two roe deer that pulled the cart that carried the construction materials. However, one of the animals was eaten by a wolf, hunted shortly after and punished to carry the stones that make up the present chapel.

Be that as it may, it is more than evident that the Bidueiral de Montederramo is a place full of popular stories that add -even more if it fits- a halo of magic to the environment.