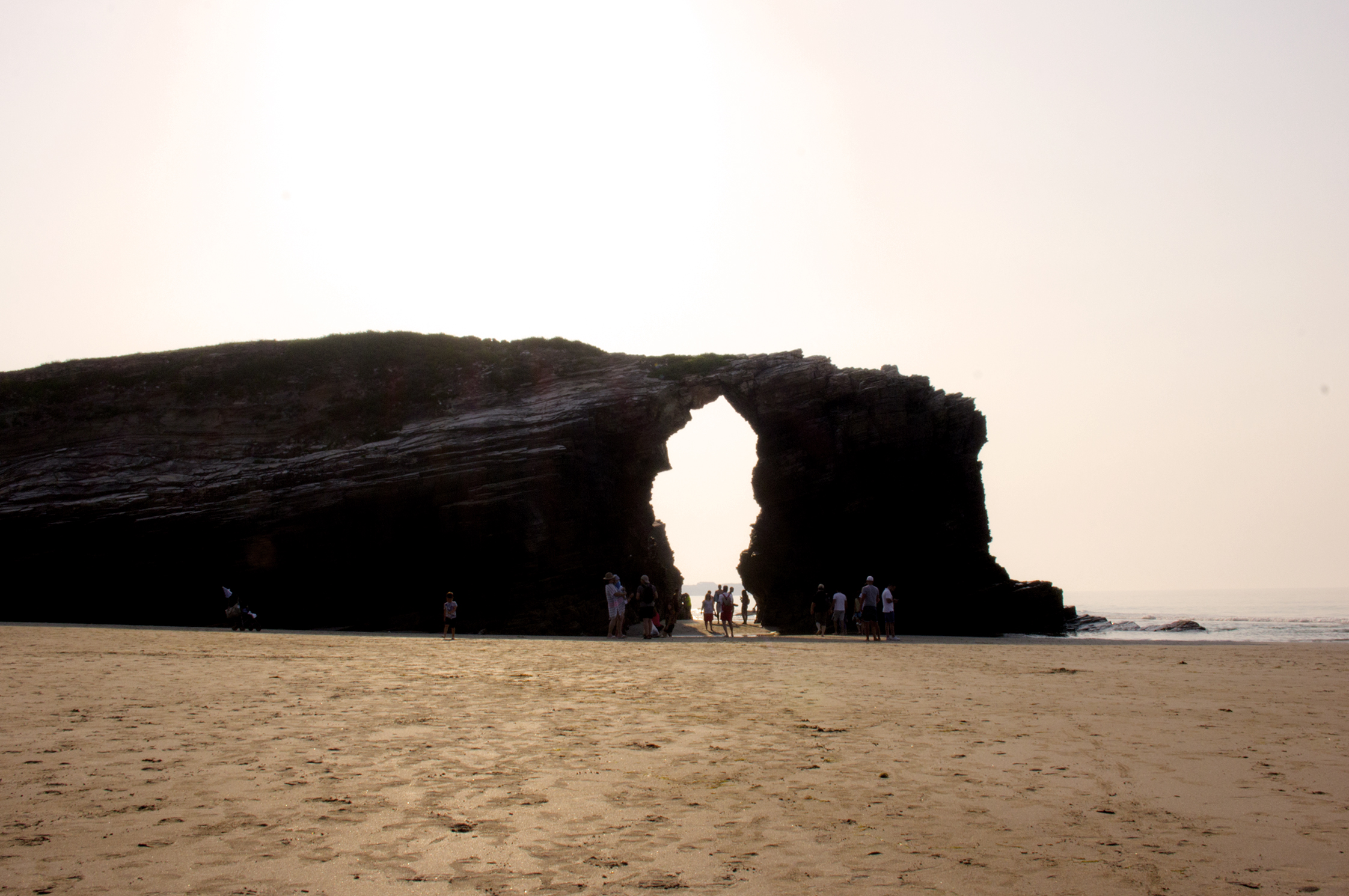 To the north of Lugo’s province, right on the border between Galicia and Asturias, lies the majestic Playa de las Catedrales, an impressive beach whose cliffs and rock formations made it enter the list of the seven natural wonders of our country.

The real name of the beach is Augas Santas, but its characteristic arches (more than thirty meters high), reminiscent of the buttresses of a cathedral, make it famous by its other name: Las Catedrales. Next to them, grottos of tens of meters and sand corridors between blocks of rock hide a multitude of curiosities and stories that make this beach an absolutely magical place.

The first one arises around its origin: it was thought that its arches and walls have been sculpted in the stone by the wind and the sea through the time. However, a few years ago a group of archaeologists detected in the zone remnants of what could have been a Roman gold mine and, if confirmed, its origin would not be only natural, but humans would have also acted in its formation.

But beyond the small or large curiosities, there are countless legends that mysteriously surround this place …

Legend tells that if you ever spend a lot of time with your feet anchored in the sand, you can see the secret passageways opening and closing. It is said that men sleep there, retained by the sea spellbound in their embrace of foam. They also say that every day or night, never at a specific time, there is a moment when the edges of the doorway of Las Catedrales (the huge arch that goes into the sea) are illuminated by Suns or Moons, And that at that time you could predict the future or return to the past. In addition, the old sailors also tell that in the darkest hours, on nights when the Moon disappears, bright spots mark the limits and center of that door, and that those are the green eyes of the sirens which illuminate, from the origin of time, the way back home.

And there are more … It is said that if you are under the bow at the moment when the lower limit of the tide coincides with the moment when the sun begins to descend the horizon, you must ask for a wish, because that is the moment In which the Gods come to listen to what people ask them.

In short: the only way to discover all the mystery hidden in Playa de Las Catedrales is obviously going to visit it. Do you dare? 😉