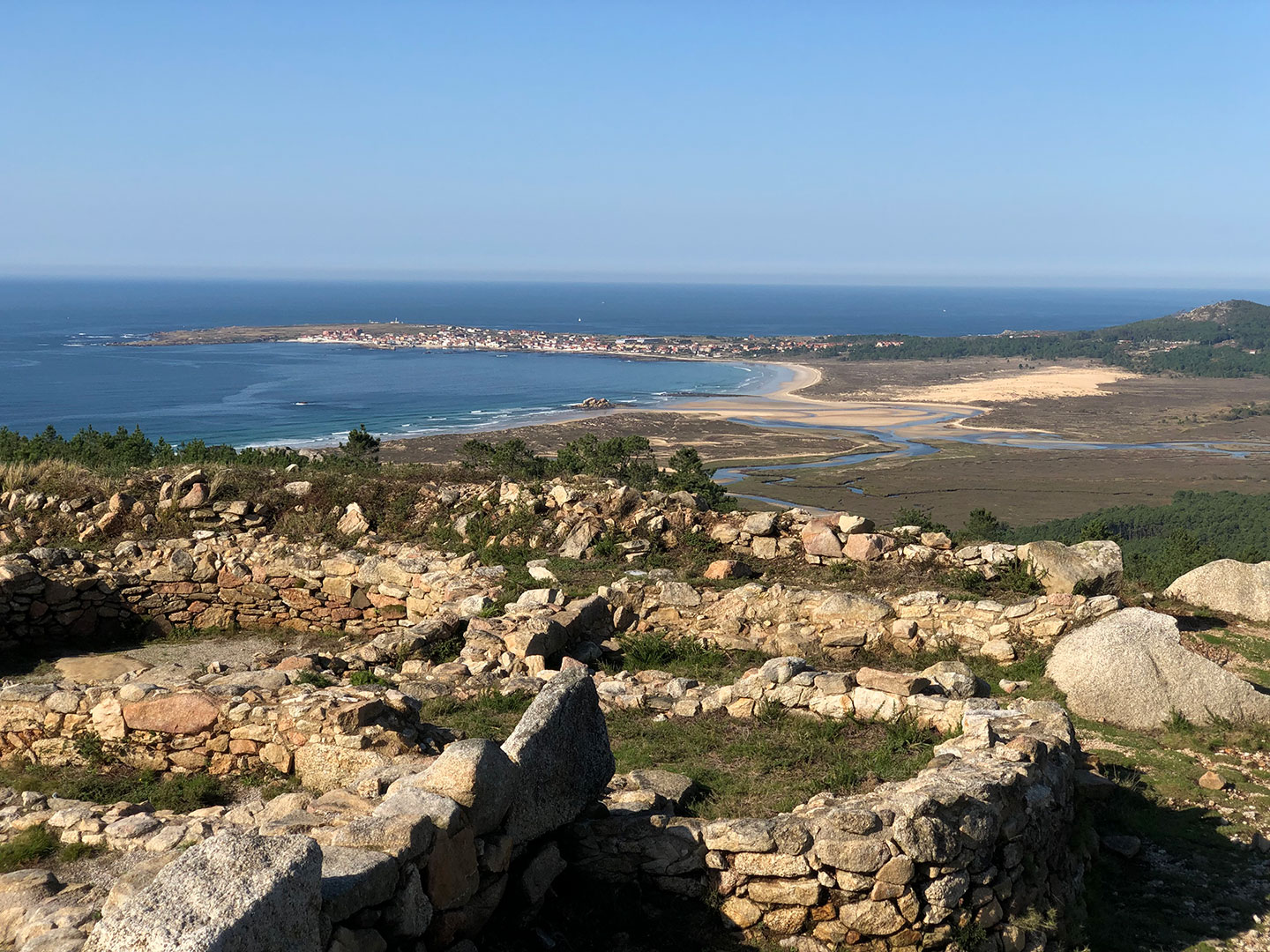 Although going back in time is complicated, not to say impossible, the truth is that we can feel as if we were doing so in many parts of the Galician territory. The vestiges of the “castrexa” culture have left their mark in all the provinces in the form of villages that occupy, in most cases, spaces with difficult access but with an incomparable landscape beauty. Generally disposed in the highest parts of the mountains since their inhabitants believed that they would be closer to the afterlife, it could be said that the Galician forts discover us authentic millenary viewpoints.

In Ribeira, in the province of A Coruña, there is one of the many examples of this legacy, the Castro da Cidá. As is well known, more than 2,500 years ago the reason for such a location had nothing to do with the views that the site could offer. But, spiritual beliefs apart, at this distance from the sea the defense of the inhabitants of the castros was much easier. The characteristics of the environment created a natural defence that protected the village from attack by possible enemies. In fact, in this specific case, the defensive structure was aided by the very shape of the terrain – taking advantage of the unevenness and embankment that surrounds it on the one hand – and by a rock closure of approximately 100x60cm on the other.

The complex, which is currently partially excavated, extends over some 20,000 square metres and combines both quadrangular and circular dwellings. With part of the heritage hidden beneath the undergrowth and stones, there is still much work to be done to learn about the richness of our ancestors.

To reach this point, the most coherent route is the one indicated from the Pedra da Rá viewpoint, just a few metres from the “castreño” settlement. Where, after admiring the views of the dune park, the lagoons of Carregal and Vixián or -in the distance- the Lighthouse of Corrubedo, it is possible to access the Castro da Cidá through a suitable path for all the public and without difficulty some.

However, the tour does not have to end here. Nearby, just eight kilometres away, you can visit the Dolmen de Axeitos, in the village that gives it its name. Also known as ‘A Pedra do mouro’, this is a megalithic funerary monument made up of eight large granite slabs, buried in the ground and on which another large horizontal slab rests. An ancestral wonder with a good state of conservation that can be visited every day of the year.

Each of these places allows us to reflect on the lives of our ancestors, their customs and traditions, but especially allows us to become aware of the richness of our history and how much remains to be discovered.

Be that as it may, time travel is assured with these visits.