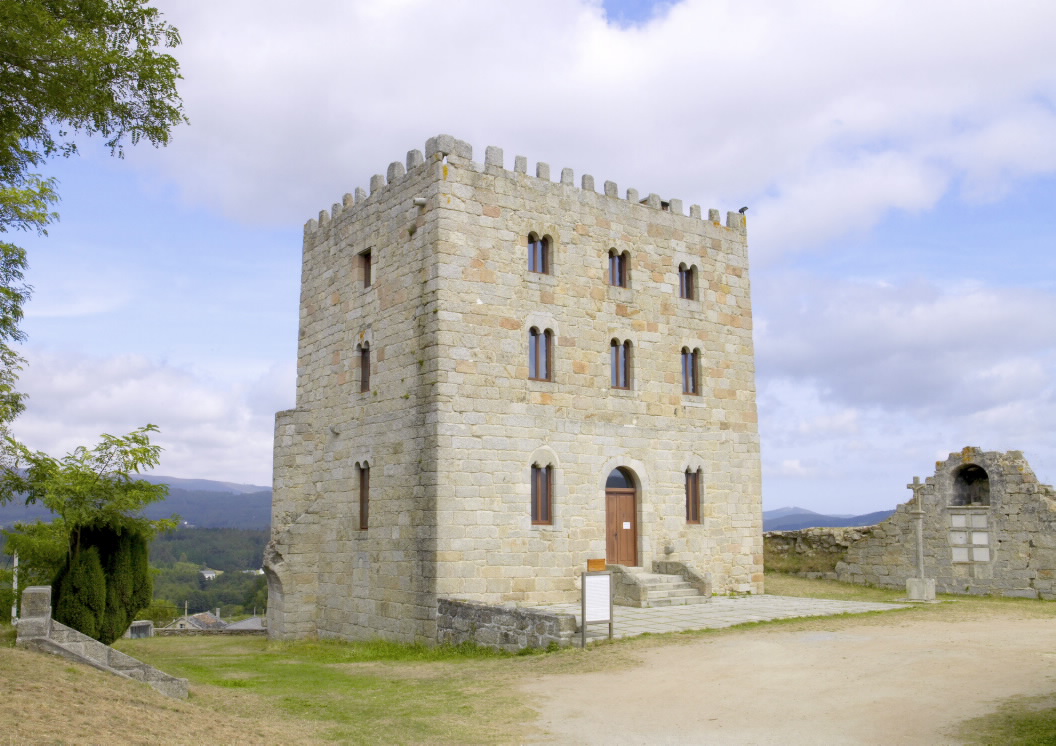 Galicia is an inexhaustible source of legends, myths and traditions. The Santa Compaña, the meigas or the Reina Lupa form an integral part of the Galician imaginary. Marshal Pedro Pardo de Cela is one of the most mythologized characters in our history. The mixture of history and legend that surrounds its rise and fall in misfortune could serve as inspiration to the scriptwriters of series like Game of Thrones, changing the scene of King’s Landing to the Mariña Lucense, since in this enclave there are two key locations in this story: La Fortaleza da Frouxeira and Castelo de Castrodouro.

Pedro Pardo de Cela (whose birth dates from around 1425) was one of the most influential feudal lords of the Mondoñedo bishopric. His marriage to Isabel de Castro, niece of the powerful Bishop of Mondoñedo, strengthened his power. As a dowry, Isabel contributed the property of the impregnable Fortaleza da Frouxeira, located in the municipality of Foz, while the couple fixed their residence in Viveiro.

The death of the bishop a few years after the wedding began a series of clashes between Pardo de Cela and the new bishop, about the ownership of the dowry granted by Isabel de Castro. To the confrontation with the bishopric, the disagreement with the Catholic Kings is added, caused by the support of the Marshal to Juana La Beltraneja according to some sources, or by influence of the bishopric, according to others. This causes the expulsion of Pardo de Cela de Viveiro, before which the marriage seeks refuge in the Fortress of A Frouxeira.

Entrenched in the fortress, and firm in his refusal to return the goods received in dowry, the Marshal is tried in absentia and condemned to death. To ensure compliance with the sentence, the Catholic Kings send the French mercenary Luis Mudarra, accompanied by 300 horsemen. After a long resistance, Pardo de Cela takes a break in the siege to move to the nearby Castle of Castrodouro where finally, betrayed by his servants, is arrested, setting a date for execution in the Plaza de Mondoñedo, in front of the Cathedral.

Before the inevitable ending, Isabel de Castro goes to Castile to negotiate the pardon of her husband, and with him in his power, starts the way back, hoping to arrive in time to stop the execution. Legend has it that after 10 days of travel and reaching Mondoñedo on the same day of the execution, 3 envoys of the Bishop entertained Isabel de Castro on the bridge to the city, preventing the pardon from reaching its destination. Since then, the bridge is called Ponte do Pasatiempo (Bridge of the Pastime).

Pardo de Cela would be beheaded, and legend says that while his head was rolling down the steps of the scaffold, his lips repeated the words “credo, credo, credo”. Some versions interpret that the words were “clero, clero, clero”, while others maintain that the sounds corresponded to the noise caused by the impact of their head against the falling stairs.

A story undoubtedly fascinating and surrounded by legend, that you can relive visiting the key places where it develops. The village of Mondoñedo, where you can visit its Cathedral, stroll through the Barrio dos Muíños, where craft workshops and product sales are concentrated, or the famous Ponte do Pasatempo, where Isabel de Castro was held in order not to arrive time with her husband’s pardon.

As for the Fortaleza da Frouxeira, it is located in the parish of Santa Cilla do Valadouro, in the municipality of Foz, province of Lugo. At 427 meters above sea level, unfortunately there are only a few ruins of what was this impregnable castle. The Castle of Castrodouro conserves some external structures of the tower of the homage. It is located in the municipality of Alfoz and after being abandoned in the seventeenth century, it is currently the headquarters of some municipal offices such as a tourist information point, an exhibition hall, and a museum.