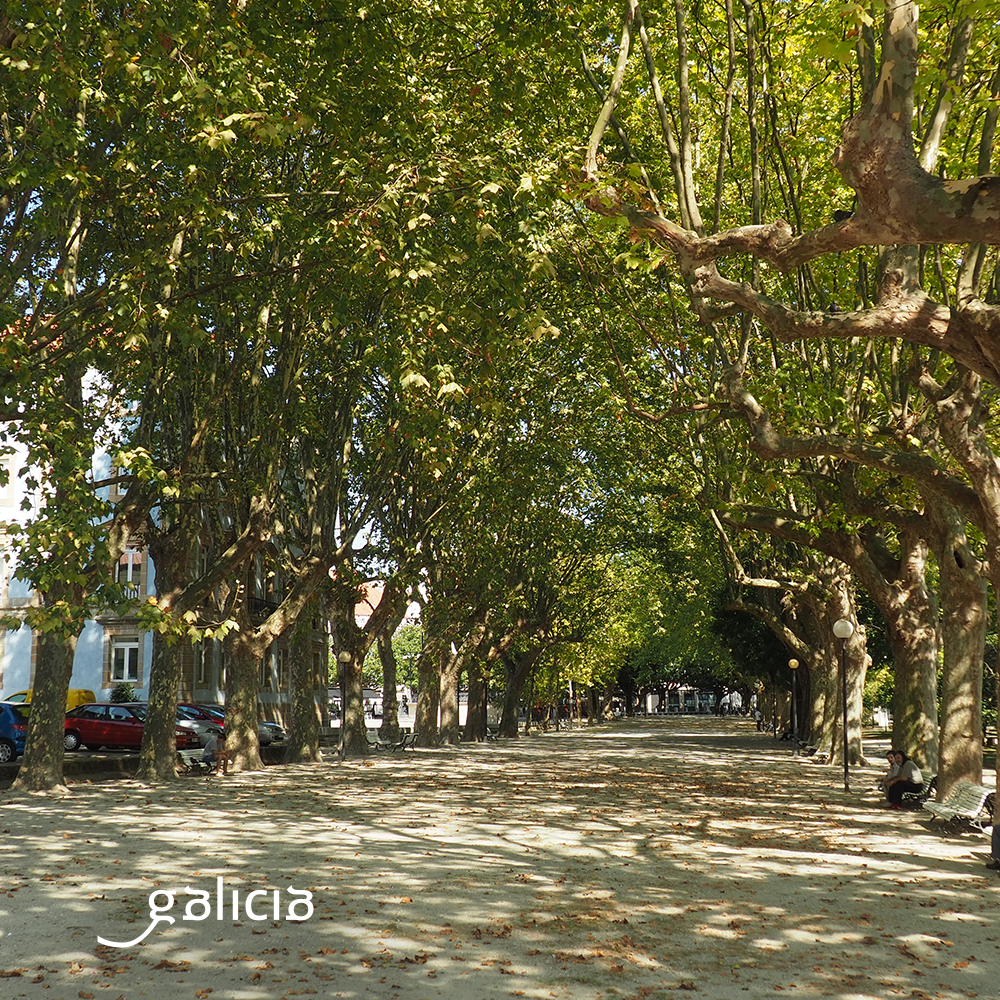 To talk about the history of Ferrol is to talk about the Enlightenment, that period which took place during the 18th century and the beginning of the 19th century and which marked the take-off of the city, bequeathing to us the important urban heritage that has survived to this day. Its strategic location inside the estuary to which it gives its name and the government’s encouragement that received when it was converted into one of the most important maritime bases in Spain led to a unique urban development in Galicia, to the point of becoming the first city to incorporate the most modern urban trends of the time. Nowadays, Ferrol proudly claims the heritage of those times by erecting it as one of its main signs of identity and using it as one of its great tourist attractions. Here are some of the places you should not miss if you want to go into the Ferrol of the Enlightenment.

This neighborhood, whose construction plan was approved in 1761 by Carlos III, is the starting point of the current Ferrol. Its rationalist design, located between the medieval part of the city and the working class neighborhood of Esteiro and developed in parallel with the new shipyards, was marked by its geometric layout and the introduction, already at the beginning of the 19th century, of constructive and decorative solutions that would later extend to other places in Galicia. This is the case with the glass galleries on the facades of the houses that can still be seen today on Magdalena and Real streets.

Although the origins of this coastal fortress date back to the times of Felipe II as part of a defensive network also comprising the castles of La Palma and San Martín (in Mugardos), the current image of the Castle of San Felipe is mainly due to the work undertaken in the eighteenth century. Its position allowed it to control access to the interior of the estuary.

The former official residence of the Captain General of the Cantabrian Area occupies a prominent place in the district of La Magdalena and currently serves as a stage for cultural and representative acts of the Navy. Buildings were added to the original 18th century building in the two centuries that followed, but in addition to its sober architecture, the place stands out for its gardens and the views it offers of the estuary.

Declared an Asset of Cultural Interest, the Ferrol Military Arsenal combines in its design the functionality of its nature with the monumentality of its representative character, which reaches its maximum expression in the Puerta del Dique. In its interior is the one that was once the most modern shipyard in Europe, as well as buildings of historical and architectural importance such as the Weapons Room, also known as the training barracks, and in which its great staircase stands out.

Two museums reflect the close relationship that Ferrol has maintained for much of its history with the world of the sea. The Naval Museum, located in the former prison of San Campio and belonging to the Ministry of Defense, shows one of the most important collections of anchors in the world, as well as a variety of nautical instruments and remains of various boats. In the old smithy of the Navy is the Naval Construction Museum, a facility managed by the Exponav Foundation. Its collection is one of the most important in Europe, but the architecture of the 18th century industrial building is already worth a visit on its own.

Built in 1771, the current headquarters of the Tercio Norte de Infantería is the oldest barracks in Spain and is also considered an Asset of Cultural Interest. Its main facade and the porticoed weapons courtyard on its first two floors are its most outstanding elements. In addition, at the back are the remains of one of the three doors to the sea of the old city wall.

Now converted into a space for nautical tourism, the Curuxeiras Pier was the traditional landing place for pilgrims who arrived in Galicia in the Middle Ages with the intention of heading to Santiago de Compostela on the English Way. In the vicinity stands the San Xoán Bastion, which used to be part of the city walls and now serves as a lookout point.

This green area that serves as a link between the lower part of the Barrio de la Magdalena and the Arsenal Militar was built in the early nineteenth century becoming the first of the great urban avenues of Galicia. A walk through its interior allows one to contemplate numerous plant species from all over the world, such as the Himalayan cedar.

More information on routes and visits to museums and official facilities at https://visitferrol.com