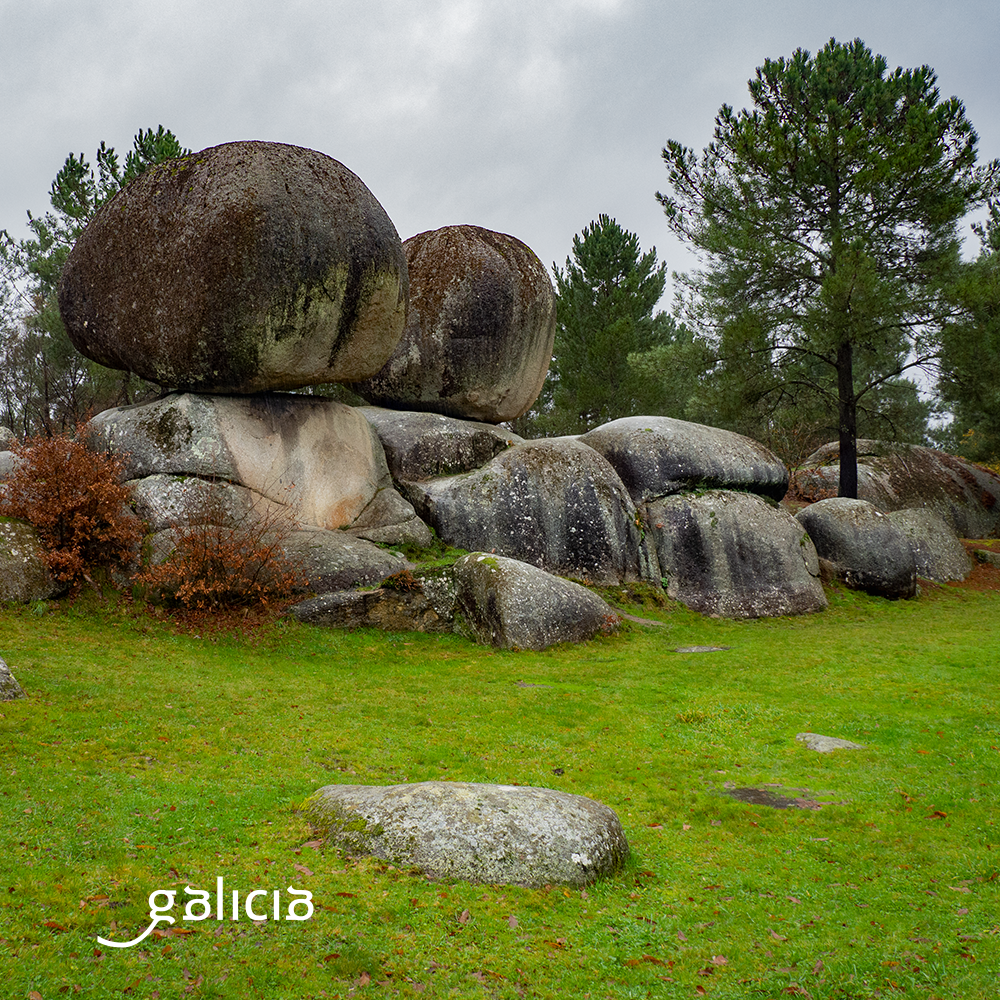 After the middle of December and shortly before the Christmas celebrations, the calendar offers us another important date that crosses borders and cultures: the winter solstice. Formally defined as the moment when the position of the sun is at its greatest negative angular distance from the equator, this astronomical phenomenon marks the day of the year when there are more hours of darkness and less light, and also constitutes the transition between autumn and winter. This is why it has aroused human fascination for thousands of years, inspiring and conditioning beliefs, rites and constructions. This is also what happened in Galicia. Below we invite you to discover some places and monuments where this phenomenon has a special meaning.

The position of the stars played a key role in the orientation of the dolmens, although there are differences between the astronomical phenomenon chosen by their builders when it came to erecting these megaliths. In the case of the dolmen of Dombate, located in the municipality of Cabana de Bergantiños in A Coruña and known as the cathedral of Galician megalithic architecture, its relationship with the winter solstice is clear, since its roof was arranged in such a way that the first rays of sunlight from that day could penetrate to the interior of its chamber.

This “castrexo” site, one of the best known and most visited in Galicia due to its state of conservation and its unique position on a rocky promontory next to the sea, was not built with its back turned to astronomical phenomena either. Some archaeoastronomy studies have identified alignments that relate it to the winter solstice. Thus, although any time of year is good to enjoy a fantastic sunset there, it is during that day of transit between seasons when you can appreciate how the corridor that leads to a natural viewpoint over the sea is aligned with the sunset. This has led to the conclusion that the place could have been the scene of some rite on the part of its ancient inhabitants.

These two large granite formations located at an altitude of over 600 metres in the municipality of Outeiro de Rei in Lugo are famous for having inspired several legends, but also for their peculiar position. Some researchers maintain that it was a place of worship in ancient times because it was oriented towards the sunset during the summer solstice, but it also offers a spectacular view during the winter solstice, in this case at sunrise.

In the vicinity of the spectacular castro of San Cibrao de Las, there is a mountain whose summit was once occupied by another “castrexa” construction. As in other similar places, in later centuries it was Christianised with the construction of a chapel that today still hosts a popular pilgrimage. But the worship of its ancient inhabitants to the sun is still present too. Experts point out that during the winter solstice the sun is aligned with this enclosure and with a rocky shelter that holds a petroglyph.

The importance that astronomical phenomena had for those who inhabited Campo Lameiro 4,000 years ago is shown by the petroglyphs that can be seen in its archaeological park dedicated to rock art. One of its best known figures is the deer in the petroglyph of Laxe dos Carballos, whose antlers have branches that have been interpreted by some scholars as astronomical beads. Furthermore, there are those who maintain that at the time it was carved, the figure was oriented towards the sunrise during the winter solstice.

“In St. Lucia, the longest night and the shortest day”. The replacement of the Julian calendar by the Gregorian calendar and the elimination of ten days in October 1582 to correct the accumulated deviation is the most accepted explanation as to why this popular saying no longer applies: the celebration of Saint Lucia (13th December) no longer coincides with the winter solstice, but the link between the two events is still in place in some places. This is the case in the parish of Sedes, in Narón, where they celebrate them jointly on the Saturday closest to the December 13th with a Noite de Luz (Night of Light) that starts in the chapel of Santa Lucía and ends at the top of Mount Esperón with a torches lighting.

The history of Cape Fisterra has been closely linked to the sun since time immemorial, thus becoming a place of worship and pilgrimage. There, according to the legend, there was an altar dedicated to the sun (Ara Solis) and the Romans considered that it was the end of the earth (hence the original Latin name of the place, Finis Terrae). Today, its sunsets still captivate thousands of people, and the winter solstice is an excellent opportunity to see why the cape maintains its millenary magnetism intact.