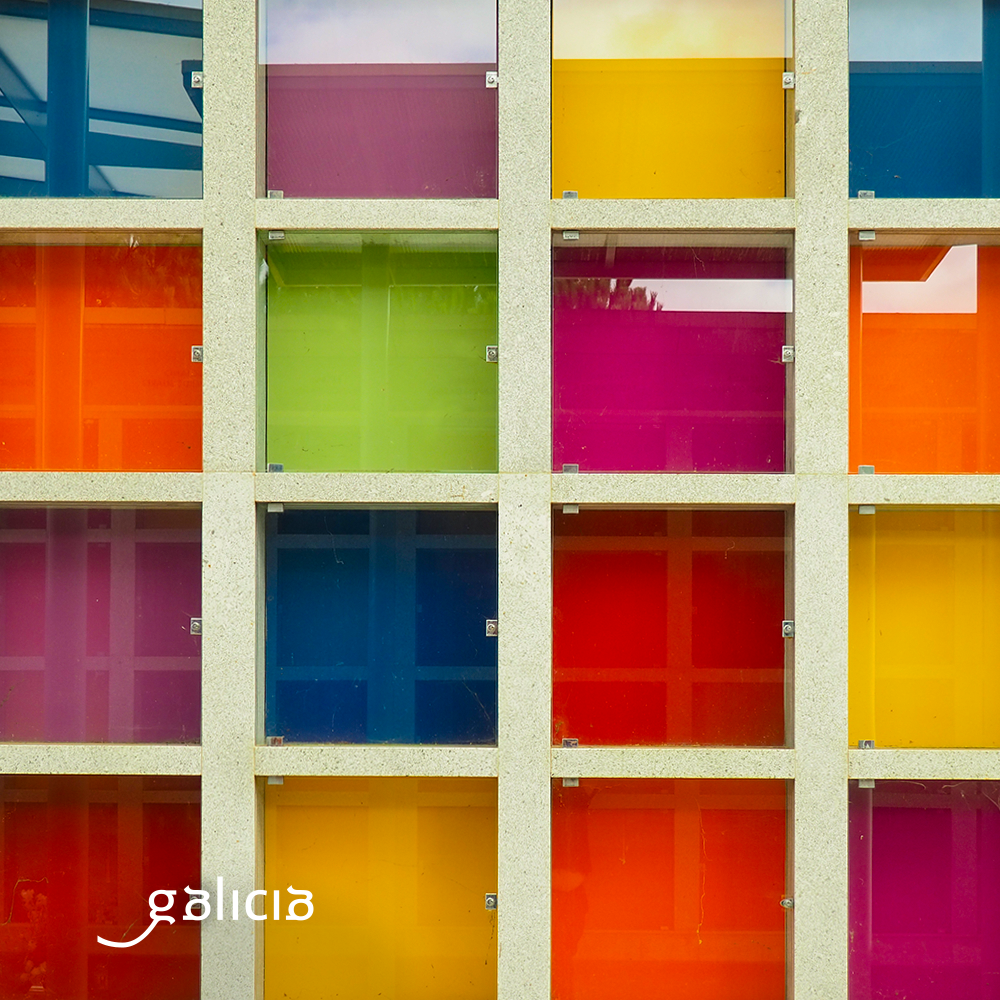 On the All Souls’ Day, many people goes to the cemeteries to remember their loved ones who have died. The flowers multiply and these usually dark spaces are filled with life and color. In Galicia there are a lot cemeteries that also stand out for their history or their artistic and architectural values. Some of them, like those of San Amaro (A Coruña), the English (Camariñas), San Froilán (Lugo), San Francisco (Ourense) and Santa Mariña de Dozo (Cambados), have been included in the European Network of Significant Cemeteries. But they are not the only ones that deserve a visit at any time of the year. Below we show you some of these singular cemeteries that will leave you speechless.

Although built less than 90 years ago, the municipal cemetery of Lugo is a place of great artistic and cultural interest. Inside it houses some of the most outstanding funeral constructions from the previous cemetery, which were moved to this new location. Nineteenth-century pantheons, such as that of Canon García Abad, the sculptures that adorn some tombs and monuments such as the one dedicated to the soldiers of the Cuban War populate a place that is the subject of guided tours and serves as a stage for poetic and musical activities. It is also in the vicinity of the route of the Camino de Santiago that passes through Lugo: the Primitive Way.

Linked to the old convent of San Francisco, this cemetery located in the city of Ourense stands out for the monumentality of many of its tombs and pantheons as well as for some of the personalities that were buried there, which has led to it being declared a Site of Cultural Interest. Ramón Otero Pedrayo, Eduardo Blanco Amor, Vicente Risco, Lamas Carvajal and José Ángel Valente, poet and president of the Association of Friends of the San Francisco Cemetery, are some of the illustrious representatives of the world of culture buried there. This cemetery has also been a source of inspiration for many local creators, including the rock group Los Suaves, which has a square named after them not far from there and which dedicated one of its records to them.

The monumentality of the streets of Cambados finds in the cemetery of Santa Mariña de Dozo its most overwhelming expression. The ruins of the church of the same name with the arches that supported the disappeared vault defying the passage of time and gravity preside over a space that impresses everyone who contemplates it. The great writer Álvaro Cunqueiro defined it as the most melancholic cemetery in the world. Built on top of an old chapel that was in turn built on the remains of a castro, the church was abandoned in the 19th century, but the place continued to be used as a cemetery.

Two elements make the cemetery of the church of Santa Maria A Nova one of the most outstanding not only in Galicia, but in all of Spain: the space outside the walls, known as A Quintana dos Mortos and built on soil brought from Palestine, and the Museum of Guilds Headstones which shows inside the temple the largest collection of tombstones in the world that contain the job of the deceased.

Built a little over 200 years ago, the San Amaro cemetery overlooks the sea from the center of the city and keeps within its walls the remains of important historical personalities such as writers Eduardo Pondal, Manuel Murguía, Curros Enríquez and Wenceslao Fernández Flórez. The city council organizes guided tours and has drawn up four different thematic itineraries for visitors to tour the place and discover its secrets.

Cemetery of the English

The trace of one of the most tragic shipwrecks ever to have taken place on the Costa da Morte is still present in Camariñas. The remains of the victims of the Serpent, an English battleship that sank off the coast of the municipality after hitting the rocks in the area known as Punta do Boi, rest in the Cemetery of the English. Only three of its 175 crew members managed to save their lives in this dramatic event that led to the construction of the new Cape Vilan lighthouse.

Little remains of the old cemetery of the convent of Santo Domingo de Bonaval, but that does not detract from the interest. The space formerly occupied by the tombs and the adjacent land has been converted into a beautiful park in which the tranquility of its previous use reigns and which also offers spectacular views of part of the city. The presence of the Museo do Pobo Galego (Museum of the Galician People) and the Centro Galego de Arte Contemporánea (Galician Centre of Contemporary Art) in the surrounding area has made the site a must see.

There are several cemeteries in the municipalities of A Terra Chá (Lugo) that stand out for their Gothic style. High pinnacles carved in stone and crowned by crosses rise from the top of the niches drawing a very characteristic silhouette and creating games of shadows when the sun passes through them. The one in the parish of Goiriz, in Vilalba, is one of the best known since it is also located next to another Jacobean route: the Northern Way.

The wide and striking chromatic palette used to decorate this municipal cemetery in Dumbría has meant that since its construction, just under 10 years ago, it has become another attraction of this municipality located in the heart of the Costa da Morte. Resin sheets of vivid and diverse colors cover the niches so that the visitor experiences a sensation of comfort.