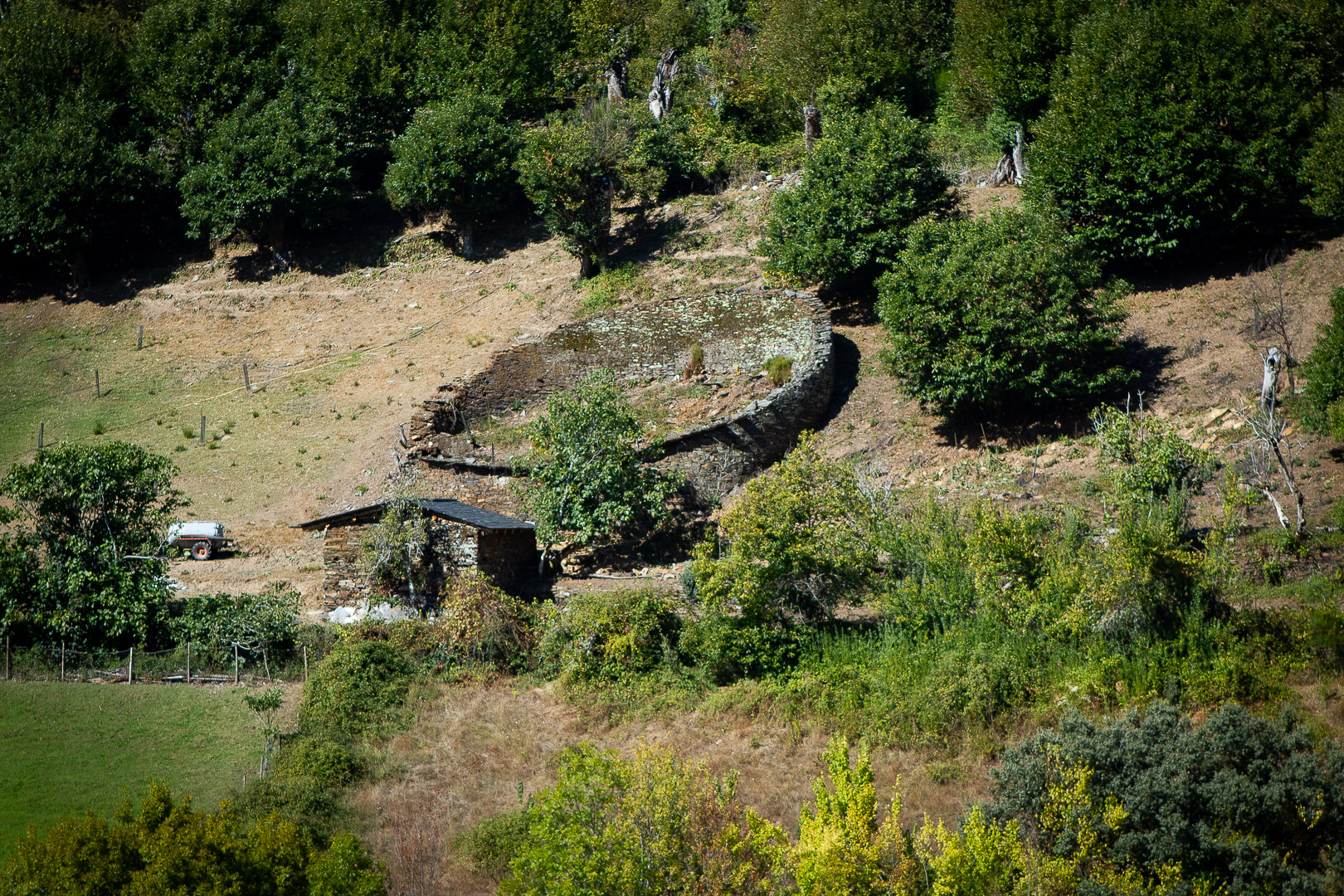 As it is already known, Galicia has a strong beekeeping tradition and a good example of this are its alvarizas. A kind of walls, generally arranged in a circular shape, where a set of beehives are sheltered. This type of constructions -although they can be found in different points of the Galician territory- are an ethnographic reference in the mountains of the mountain range of O Courel, in Lugo. Therefore, both their architectural conception and the richness of the surrounding environment are the breeding ground for a honey of superior quality.

The O Courel mountain range has some unique features. In the first place for its orography, special for its vertiginous slopes crowned -in some cases- by summits among which the Formigueiros stands out with 1,639 meters of altitude and in second place, for a climate in which drastic changes of temperature predominate between summer and winter. All this leads us to speak of an environment of great natural value, which in addition to having an enormous variety of flora and fauna, has had to adapt its popular architecture to a series of particularities different from those of the rest of the Galician territory. Small bridges of wood or stone to cross rivers (pontellas) or the typical constructions that served to dry the firewood and the chestnuts (sequeiros), are added to the charms own of this alive and wild place of the southeastern of the province of Lugo.

The alvarizas, on the other hand, were built with materials typical of the environment, especially slates and rocks with a laminar structure -frequent in the construction of houses as well. These components are characterized by the predominance of lamellar minerals that favor their fragmentation in slabs and, consequently, speeded up the construction task for the beekeepers of the time. Although the shape can vary between circular and oval, the rest of the characteristics are common among them: walls of an approximate height of two metres, a wooden access door and dimensions close to five or six metres in diameter for round ones and twelve by six metres for oval ones. In view of this, it is logical to think that reducing the height of the walls would facilitate the access of the owners but, precisely this, it what prevents the ravages that can cause wild animals, like the bear or others. 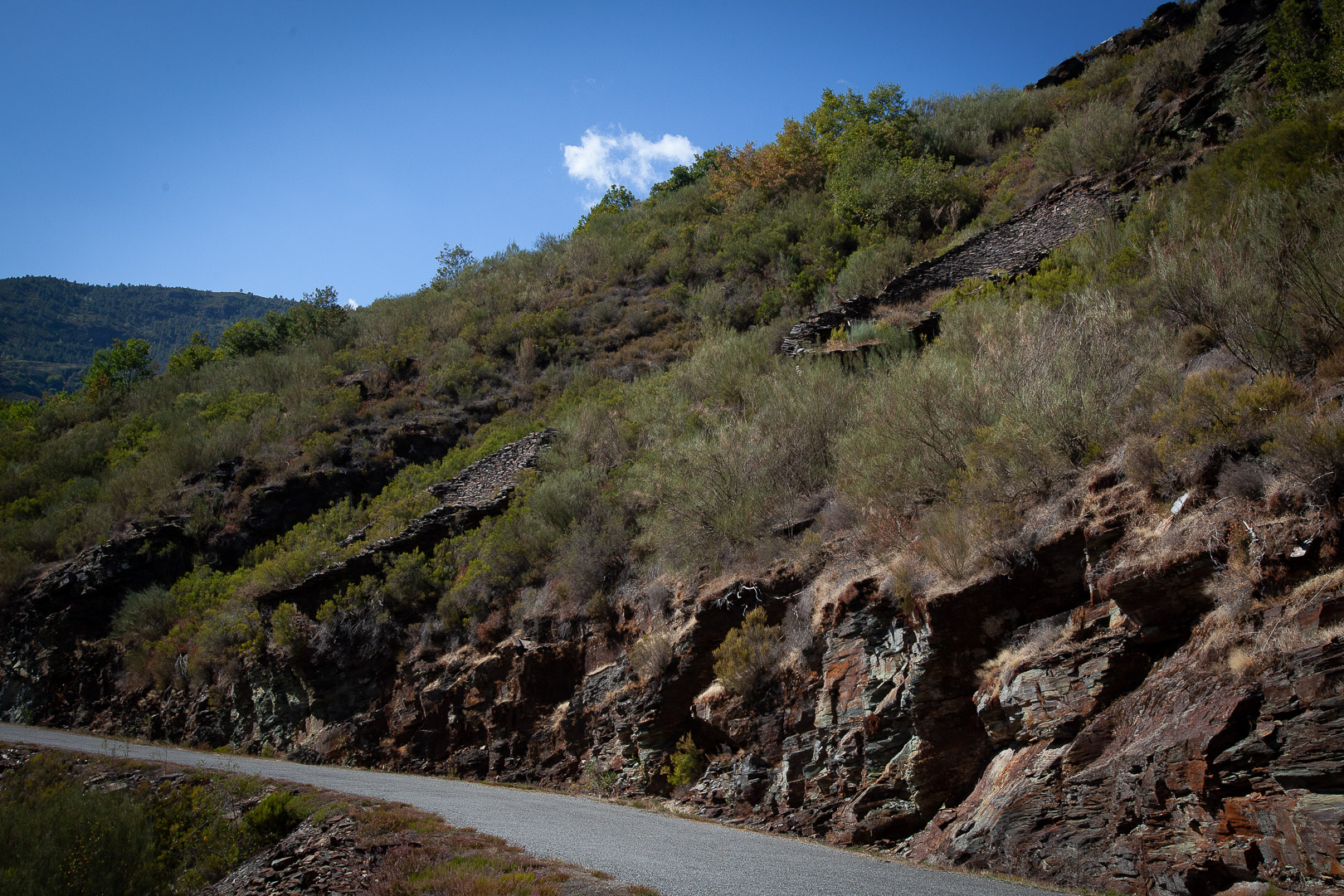 One of the most surprising peculiarities of this type of enclosure is its arrangement in steep terrain, difficult to access and far from the population. The fact of being far from houses or any urban nucleus avoids -both for owners and for neighbors- the problems derived from the beehives and facilitates the access of the bees to a greater variety of raw material. On the other hand, the degree of inclination that these spaces acquire is thought to take the maximum advantage of the hours of sun, since the cold is one of the main enemies of the apiaries. 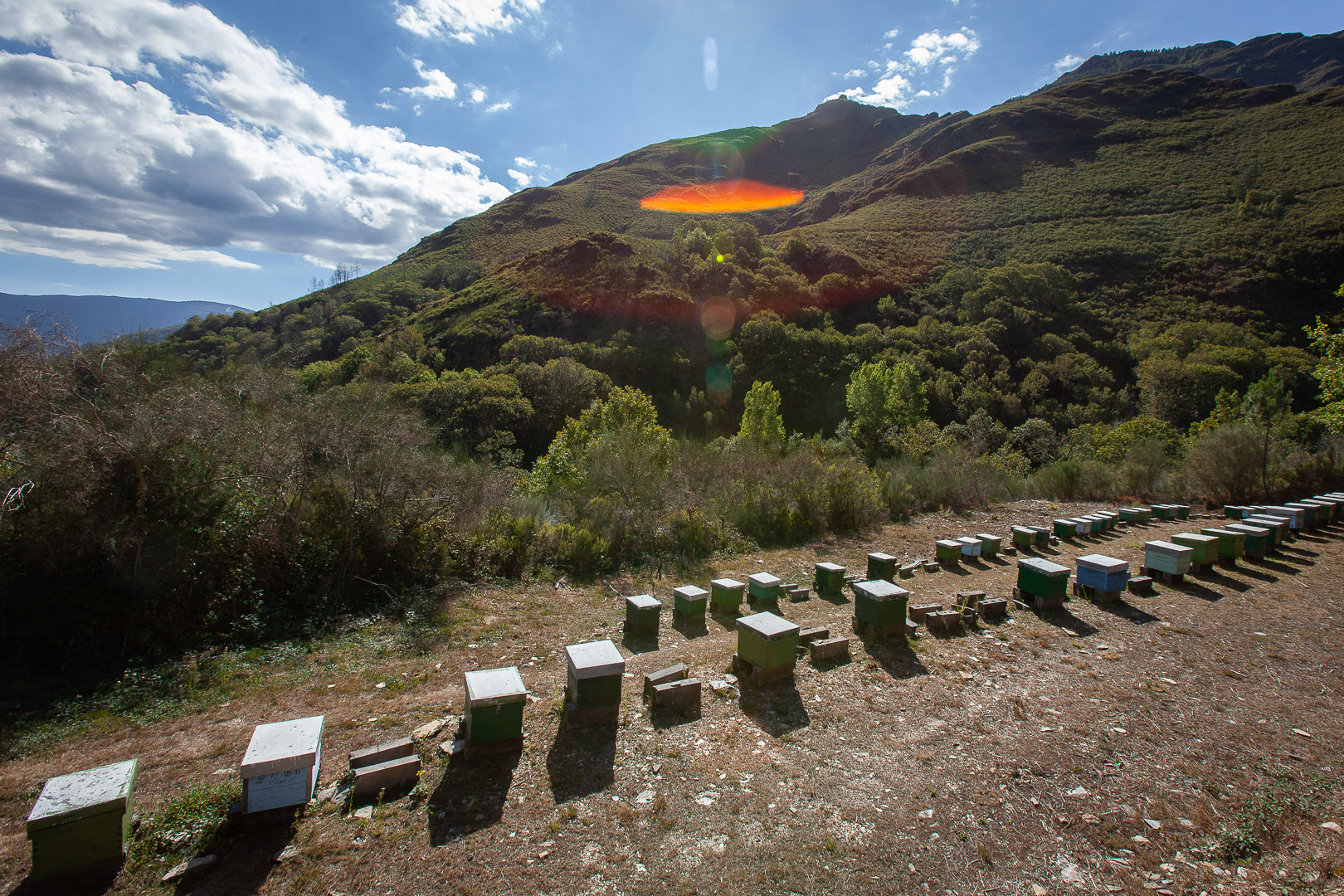 And even though, today, modern facilities are no longer seen surrounded by a fortress or some kind of defensive system, beekeepers continue to establish the productive task of their bees in the same places. Undoubtedly, the main justification that exists around the location of the alvarizas is the search for sunny spaces in a territory that registers particularly low temperatures.

An important sample of these traditional farms can be seen on the road between Domiz and Loureiro, in the Lugo municipality of A Pobra do Brollón. That in better or worse condition, larger or smaller and working or not, are surrounded by a large layer of native trees and flora that offer an unparalleled view of the place.