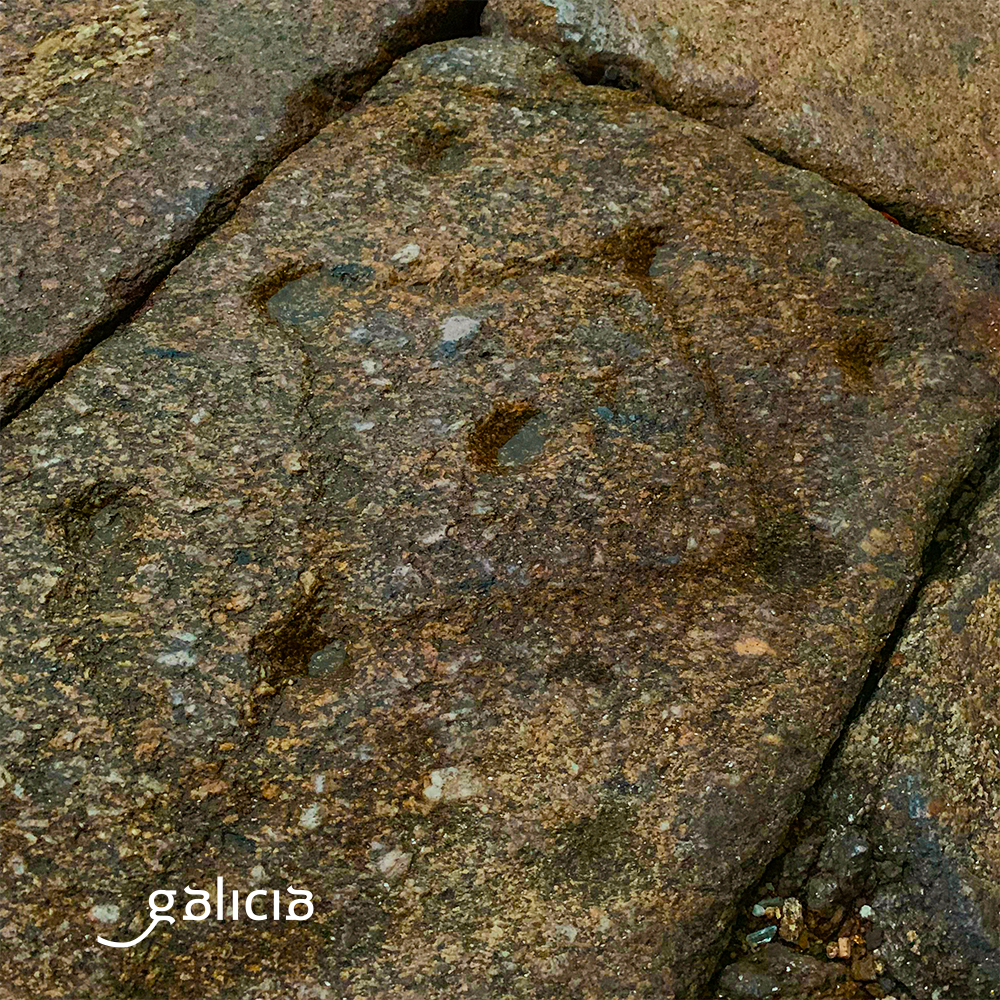 The streets of Compostela have witnessed through the centuries countless historical episodes, the birth and consolidation of a five-hundred-year-old university and phenomena of universal scope such as the cult of the Apostle Santiago and the consequent pilgrimages. But they have also been protagonists of more mundane events, of events that tell us about the way of living and relating to the people who inhabited it. His testimony has survived to this day, engraved in stone. This is the case of the curious shapes that can be seen in different parts of the city.

Emblematic places, such as the Plaza del Obradoiro, accesses to religious buildings and even the balconies of some centrally located buildings are some of the places in Santiago where it is still possible to see small holes carved in the stone and joined together by elaborate grooves of the same way. They form figures that quickly bring to mind popular game boards like tic-tac-toe. And that is precisely what they are: the play places in which the inhabitants of the city gathered to spend their leisure time several centuries ago.

Almost two hundred of these boards are visible throughout Compostela, as the members of the cultural association Colectivo A Rula have been able to verify. His is the merit of having studied, accounted for and cataloged this historical and ethnographic heritage that goes unnoticed by many residents and visitors, but which draws the attention of the most careful observers. Along with the chains that adorn the façade of the Hostal de los Reyes Católicos and on the benches on one of the corners of Obradoiro, on the façade of the San Martín Pinario monastery and the Santa Clara church, in the Pazo de Xelmírez, even on the balcony of the Casa do Cabildo you can see these boards whose origins date back to the 17th and 18th centuries.

It is not a unique phenomenon, since the existence of this type of stone engraved panels has also been found in other diverse parts of the planet and in ancient cultures, such as classical Greece and Rome, but Compostela stands out for the large number of examples that have survived to this day. And the figure could increase even more.

The nine holes grouped 3 by 3 and joined in many cases by grooves is the most repeated design on the streets of Santiago. These figures were used as a tic-tac-toe board or, as it is popularly known in Galicia, the “pai fillo nai” (father son mother). It is, therefore, a game that has survived to this day and that in the Galician capital enjoyed great popularity until the middle of the last century, a time when championships were even held using some of these public boards.

Finding any of them only requires a bit of a keen eye or following in the footsteps of the A Rula Collective and to make them come to life just improvise a few pieces. So when you walk through the streets and squares of the city, do not hesitate to enjoy as its former inhabitants did.