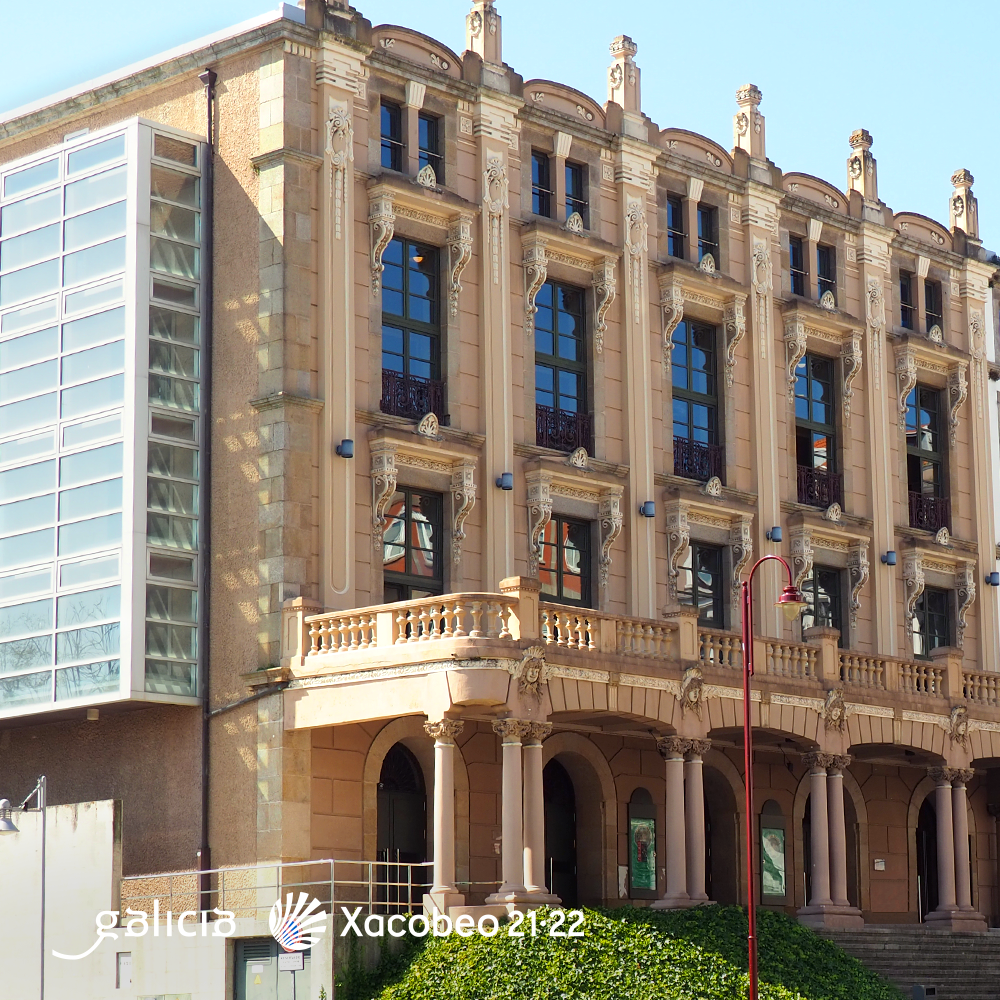 About to celebrate its first 130 years of life, the Jofre Theatre is still one of the most important buildings in Ferrol. Not only for its symbolic weight as the epicentre of the cultural life of the city, but also for the architectural values that make it one of the most outstanding monuments of the district of A Magdalena and with which it has also contributed to the whole be declared a historic-artistic site in 1983.

Its construction began to take shape at the beginning of the 60s of the 19th century and started in 1872 after the different procedures and negotiations carried out by a group of Ferrol citizens with the collaboration of the city council and the Navy, who ceded the necessary land. But it would take another twenty years for the project to be fully realised. The aim of its promoters was to respond to the demand for a large reference space for theatrical performances in the city that had arisen after the destruction of the Casa-Teatro Settaro in a fire in 1807. That loss had only been partially solved with the conversion of a warehouse into the Teatro Principal, which operated until the end of the 19th century.

The architect Faustino Domínguez Domínguez was the first to be commissioned to design the new theatre, although it was his son, Faustino Domínguez Coumes Gay, who was responsible for the final design, inspired by Italian Baroque theatres. This is demonstrated both by the decoration of its three floors and the characteristic horseshoe shape of its stalls, a layout designed to optimise acoustics, as can still be seen today by those who make use of this facility converted into a multi-purpose space capable of hosting anything from a theatrical performance to a concert, including magic, monologues or children’s shows.

But the process of building the theatre was not easy and before it became a reality it had to overcome several setbacks. The main obstacle was the lack of funds to complete the works, a problem which meant that the work had to be stopped, but which was also the reason why the venue was christened with the name by which it is still known today. As happened with many other projects carried out in Galicia at that time and in the following decades, the solution came from the other side of the Atlantic and from the hand of emigrants who had been forced to leave their homeland to carve out a future for themselves.

In this case it was Joaquín Jofre y Maristany, a Ferrol emigrant in Buenos Aires, who responded to the call of the promoters of the new theatre by making a significant financial contribution in exchange for a package of shares in the company set up to carry out the project. That injection of money allowed the works to be resumed and finally made it possible for the Teatro Jofre to raise its curtain on 19 May 1892 to host its first performance.

Calderón de la Barca’s classic “El alcalde de Zalamea” (The mayor of Zalamea) was the play chosen for that inaugural session, which was performed by Antonio Vico’s company. The programme for that day also included Vital Aza’s comedy “El sueño dorado” (Golden dream). The press of the time highlighted in their chronicles the beautiful ornamentation created by the stage painter Jorge Bussato, the seven medallions with portraits of Wagner, Calderón de la Barca, Moratín, Tirso de Molina, Lope de Vega, Rossini and Meyerbeer, a recreation of the firmament with figures representing the different stage genres, the portrait of Joaquín Jofre, the gas lighting and the mechanism that allowed the floor of the hall to be raised to the height of the stage. In addition, the newspapers reported the enormous expectation that the inauguration of the theatre had aroused, causing queues at the box office in the previous days and attracting audiences from A Coruña.

A few years after that evening, the theatre was converted into a cinema, and at the beginning of the 20th century, specifically in 1919, another key event in the theatre’s history took place: its sale to Isaac Fraga Penedo. The businessman and film producer, who also owned cinemas and theatres in Vigo, Santiago de Compostela, A Coruña, Ourense, Lugo and Pontevedra, Vilagarcía de Arousa and Monforte de Lemos, decided to renovate the appearance of the Ferrol venue and for this purpose he commissioned the construction of a new façade to the architect Rodolfo Ucha Piñeiro, one of the main representatives of modernism in Galicia. The ornamentation of Ucha’s façade, inaugurated in 1921, with floral motifs and masks representing comedy and tragedy, and its arched portico enhanced the building as a whole and made it an architectural landmark in the city, although later alterations to the interior did remove some of the valuable examples of its original ornamentation.

It was used as a cinema for several decades and after its closure it was acquired by the city council of Ferrol in the 90s of the last century to refurbish it and put it back into use. It was not an easy process, but finally the Teatro Jofre was reopened in 2005 opening a new stage of splendour that still continues today.