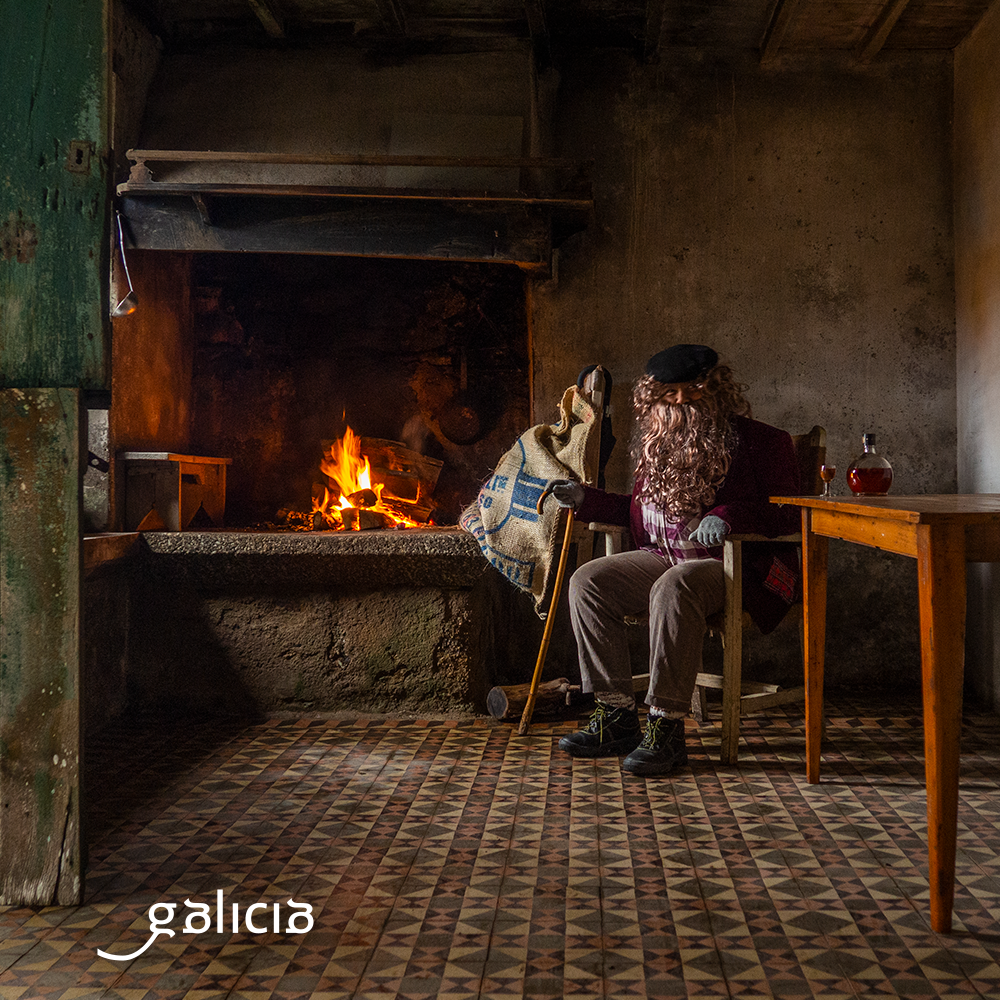 “They also call that night (New Year), night of the “apalpadoiro”, because they touch their belly to see if they have eaten for the whole year and the boys wear new clothes, to protect it all year round like this.” In this way, the ethnologist Xesús Taboada Chivite described more than half a century ago a unique character from the Galician tradition who in recent years has been the subject of various recovery initiatives. This is the Apalpador, a mythological coalman whose memory is kept alive in the mountains of Lugo. He also is directly related to other cultural and typical manifestations of this time of the year that have survived in the north of the Peninsula and in other parts of Europe as Saint Nicholas and, especially, the Basque Olentzero.

There are no known direct written references of the Apalpador before the Taboada, but subsequent studies, such as José André López González, allowed find out some more on this figure. This researcher, writer and translator recovered in the village of Romeor (Folgoso do Courel) with the help of one of its oldest neighbors a traditional song that describes in more detail what the ritual incursions of this character consist of: a night visit to the children, the action of palpating their bellies to see if they had eaten well past year, and the delivery of chestnuts as a Christmas bonus.

The description of López González of the Apalpador as a giant with a beret, with a patched jacket and who smokes a pipe has also has created the basic iconography of this character. In addition, now he does not go down only from the mountains to the villages of the Courel, but also to many other places in Galicia. Over time, other issues related to its appearance have also been generalized, such as the fact that it is characterized as a redhead and beard.

As with the Basque Olentzero (also coal by profession) and with Saint Nicholas, the presence of the Apalpador is linked to the Christmas season, although its origins could be pre-Christian. In fact, it is not clear the exact date on which he made an appearance. There are who defend that it is December 31th, but the verses recovered by López González seem to point towards the night from 24th to 25th, in line with the Christmas celebration: “The big day has arrived / our lord’s day / the big day has arrived / and the Apalpador will come”.

The associative movement first, and some public administrations later, have made their knowledge and probabilities have been increasing in recent years. Thus, this Christmas there will be many points in Galicia where he makes an appearance claiming part of the prominence that Santa Claus had been acquiring in recent years to the detriment, in turn, of the Magi. But beyond the preferences of each one, the Apalpador has become another reason for celebration for some dates in the traditions and joy go hand in hand.