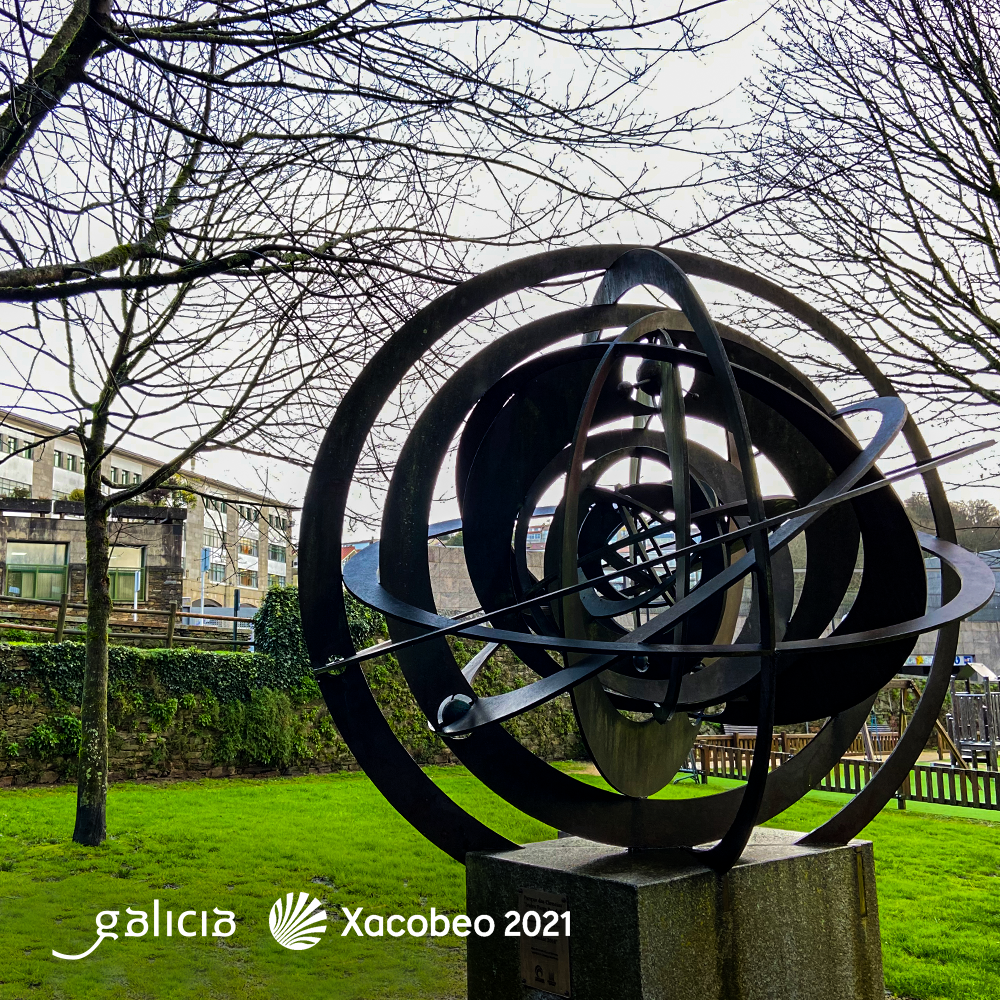 Promoting full access and equal participation of women in science are two of the objectives for which the International Day of Women and Girls in Science has been celebrated every 11 February for the last five years. The day also serves to publicise and highlight the work of pioneering women scientists. In Galicia there are a good number of examples of women who were able to overcome the barriers of the times in which they lived to train and excel in disciplines as diverse as medicine, oceanography, astronomy or mathematics. Below we invite you to take a journey through Galicia in search of the history and places where some of these pioneers are remembered and honoured.

The sisters Elisa and Jimena Fernández de la Vega were the first women to graduate in Medicine at the University of Santiago de Compostela (in 1919) and both were awarded the Grand Cross of Alfonso XII for their academic records. After completing their doctorates in Madrid, their careers diverged, but they both combined teaching with research. Elisa died of pneumonia at only 38 years old. Their memory has always been very present in the USC, which gave their name to the student residence located in Monte do Gozo, which was in operation from the mid-1990s until 2004. The memory of Jimena and Elisa didn´t be lost, because the University of Compostela chose to give their name to the headquarters of its Vice-rectorate of Students, located in the old part of the city, in a building on Casas Reais street, popularly known as Casa Simeón. The building was inaugurated in 2006 and is currently awaiting a new change of use.

This nurse, born in a village in Ordes in 1771, is already part of the history of medicine and the fight against pandemics for the role she played in bringing the smallpox vaccine to America and the Philippines. Isabel Zendal’s crucial participation in the expedition that the doctor Francisco Javier Balmís undertook in 1803 from A Coruña, caring for the children who had been inoculated with the vaccine so that it could be transported to those lands, led the World Health Organisation to consider her the first nurse in history on an international humanitarian mission. A plaque in her native village of Parada (Ordes) reminds us of the importance of Isabel Zendal. In A Coruña, a street bears her name and there is also a statue erected in her memory near the place of the hospital where she worked before taking part in the expedition that saved thousands of lives.

A teacher by profession, Ángela Ruiz Robles (1895-1975) carried out important teaching work which earned her various awards. But if she has gone down in history for anything, it is for her work as an inventor, developed at a time when this was a field forbidden to women. Among the inventions she devised were a project for a tachymecanographic machine and, above all, her mechanical encyclopaedia. Decades before the electronic book became a reality, Ángela Ruiz designed a machine capable of storing, ordering and making the most varied knowledge accessible to the user. Her invention, intended to facilitate school learning, was patented in 1949, but she had to wait until 1962 to be able to build a prototype in the Artillery Park in Ferrol. That first mechanical encyclopaedia was part of the exhibition at the Galician Pedagogical Museum (Santiago de Compostela) and is currently on display at the National Museum of Science and Technology in A Coruña. A plaque also commemorates Ángela Ruiz in the CEIP Recimil, in Ferrol, the last school where she taught.

Since 2008, one of the classrooms of the Faculty of Mathematics at the University of Santiago has been named after Antonia Ferrín Moreiras in recognition of the woman who was the first PhD in Mathematics at the USC, as well as the driving force and first professor of this faculty in Santiago de Compostela. But mathematics was not the only intellectual passion or the only field in which this woman born in Ourense in 1914 was a pioneer. Prior to her studies in Mathematics, Antonia Ferrín had already graduated in Chemistry and had entered the world of astronomy, becoming the main collaborator of Ramón María Aller, the founder of the Astronomical Observatory of the USC. Her interest in this field also led her to achieve another milestone in her career: being the first woman to defend a doctoral thesis on astronomy in Spain.

Her academic journey in the United States and Canada (first as a student at the University of Yales and later as a lecturer at the universities of Toronto, Buffalo and Indiana) and the consequent distance from her homeland meant that the work of María Josefa Wonenburguer (born in Oleiros in 1927 and died in A Coruña in 2014) went unnoticed for many years. But nowadays the figure of this mathematician and the importance she played as the inspiration for outstanding theories in the field of algebra have begun to receive the attention they deserve. María Josefa Wonenburguer gives her name to an important research prize, as well as to a park in her hometown, Oleiros. In addition, a plaque on a monolith in the science promenade of the Santa Margarida park in A Coruña also reminds us of her achievements.

Since 2012, a ship of the Spanish Oceanographic Institute has been sailing the seas bearing the name of María de los Ángeles Alvariño González, the researcher born in Serantes (Ferrol) in 1916 and considered to be one of the forerunners of world oceanographic research. In the 1950s she became the first woman to participate as a researcher on a British ship campaign and her time at the Woods Hole Oceanographic Institution allowed her to make the leap to the United States, where she spent a large part of her career. Alvariño discovered some twenty species and was recognised as one of the world’s leading authorities on zooplankton. Three plaques pay tribute to her at the Esteiro campus in Ferrol, the Isidro Parga Pondal Science Park in Santiago de Compostela, and the Science Walk in the Santa Margarida Park in A Coruña.

It was not until 1910 that the right of women to study a university degree was recognised in this country. But before that Manuela Antonia Barreiro Pico (Viveiro, 1877-Madrid, 1953) obtained special permission to enrol at the University of Santiago and with her degree in Pharmacy became the first woman to graduate from the USC. Only two years later, in 1903, Manuela Barreiro returned to Ribadeo, the town where she had lived with her family since she was a child, and opened her own pharmacy, where she worked until she retired in 1933. The building now houses another shop, but on the façade of the building there is a plaque commemorating Barreiro Pico’s role as a pioneer. She also gives her name to a street in the town.

Olimpia Valencia, a graduate in Medicine from the University of Santiago, was born in the municipality of Baltar in Ourense in 1898, although she developed her entire professional career, as well as an intense social and political activity, in Vigo. There, in 1928, she opened a general medicine and gynaecology practice, as a plaque on the façade of the building in Príncipe Street where it was located reminds us today. The memory of Olimpia Valencia is also present in other parts of the city: she gives her name to one of its streets, to the Technological Support Centre for Research (CACTI) of the University of Vigo and to a new health centre planned in the city.

Her passion for the intricacies of teaching led the teacher, pedagogue, translator and writer María Nicolasa Paula Barbeito Cerviño (1880-1970) to become a pioneer in Galicia in the introduction of new ways of teaching such as the method created by the Italian María Montessori and the model of Ovide Decroly’s centres of interest. First as a teacher, and then as a teacher inspector, María Barbeito designed plans and projects using innovative materials and tools and promoted actions to ensure the socio-economic welfare of students. For four decades one of the schools in A Coruña has been named after María Barbeito and for almost 20 years there has also been a bust of this teacher ahead of her time.