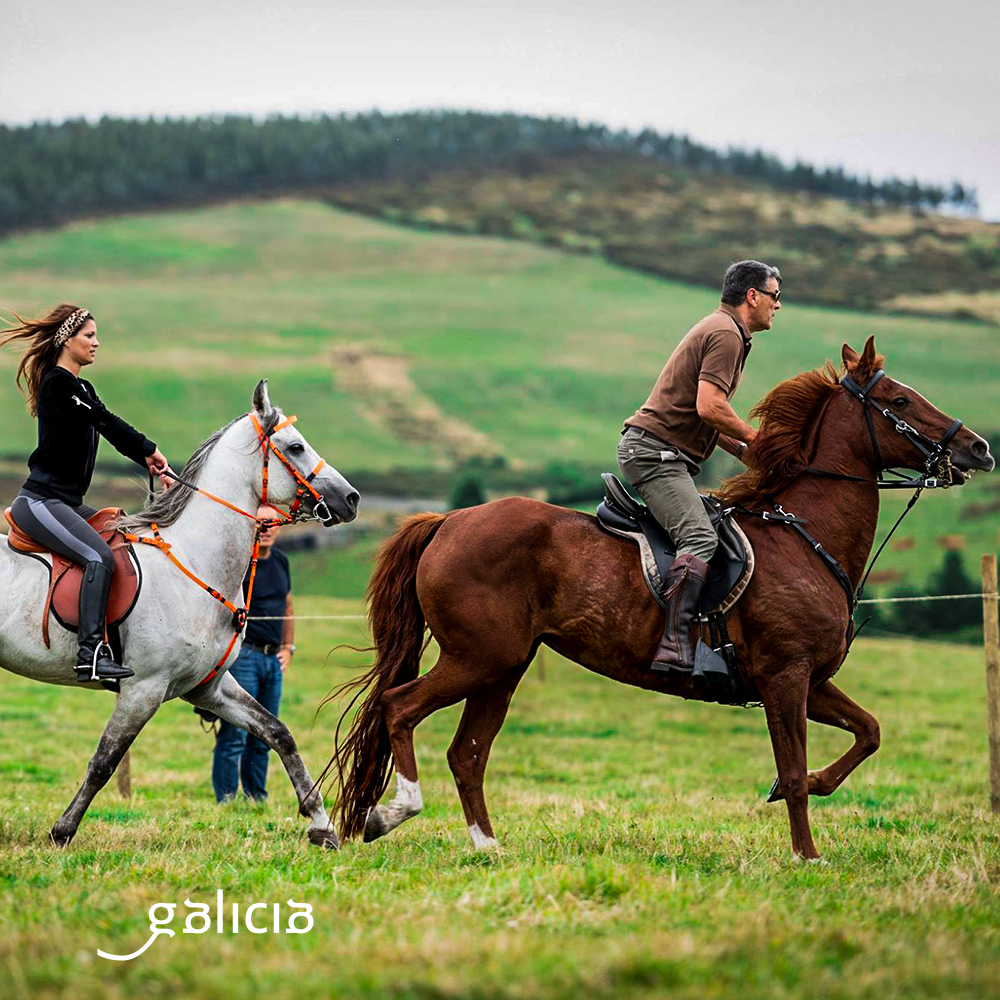 Traditional festivals such as Guadalupe de Rianxo, historical performances such as the Romería da Saínza, praise of rural life such as the Feira do Poldro in Murás, and even a celebration of the oceans, the Mar de Mares Festival, invite us to travel throughout Galicia during the next days.

Pony meat tasting, horse riding competitions, horseback riding and the atmosphere of the old fairs. All this and more is what the Feira do Poldro and do Gando do Monte offers. It is a celebration created 32 years ago by a group of residents of Muras to preserve and value the relationship of this municipality of Lugo with the cattle raised on freedom. As every year, the central day will be the fourth Sunday of September (22nd).

Almost two centuries ago, the Romería da Saínza began to be celebrated in the municipality of Rairiz de Veiga, Ourense. To the usual ingredients of this kind of celebrations this adds a unique representation that has as its scenario the field of the Castle of A Saínza: the recreation of a battle between Moors and Christians that gathers thousands of people.

The surroundings of the Miño River host the Caudal Fest. The new edition of this music festival will be gather next weekend two dozen groups and successful artists. Marea, La Pegatina, La M.O.D.A, Izal, Beret, Xoel López and Carolina Durante, among others, will be some of the people in charge of filling music on the nights of Friday 20th and Saturday 21th.

The oceans are the protagonists of Mar de Mares, a festival born in A Coruña 5 years ago and that in the new edition will pay special attention to science. The program includes exhibitions in various places of the city, workshops, guided tours, sports, environmental actions, a market for sustainable seafood and meetings with several scientists related to the study of the oceans.

The Espazos Sonoros festival will visit Costa da Morte on Saturday with a new double proposal. At 4 pm there will be a guided visit to the museum and gardens of the Fernando Blanco Foundation (based in Cee) and at 7 pm the chapel of the former institute of the entity will host the concert of guitarist Mateo Arnáiz.

After 10 days of celebrations, the most important festivals of Rianxo will come to an end this Friday. In the final day there will be plenty of activities for children, traditional dance and a date with local rock. But the most awaited moment will arrive at dawn, when thousands of people lit up with flares and sing A Rianxeira.

Los Punsetes, La Habitación Roja, Cecilio G., Cariño and many other artists will perform on Saturday at the Barbeira Season Fest. The festival, which takes its name from the beach of Baiona where it will take place, combines local music, ecology and commerce and culture.

The association Friends of the Opera of Vigo opens its Lyric Autumn 2019, which will be dedicated to the composers Puccini and Rossini. The first date of the program will be this Saturday with a dramatized concert of Tosca. Elena Mikhailenko, Carlos Almaguer and Héctor Sandoval will be some of the performers.