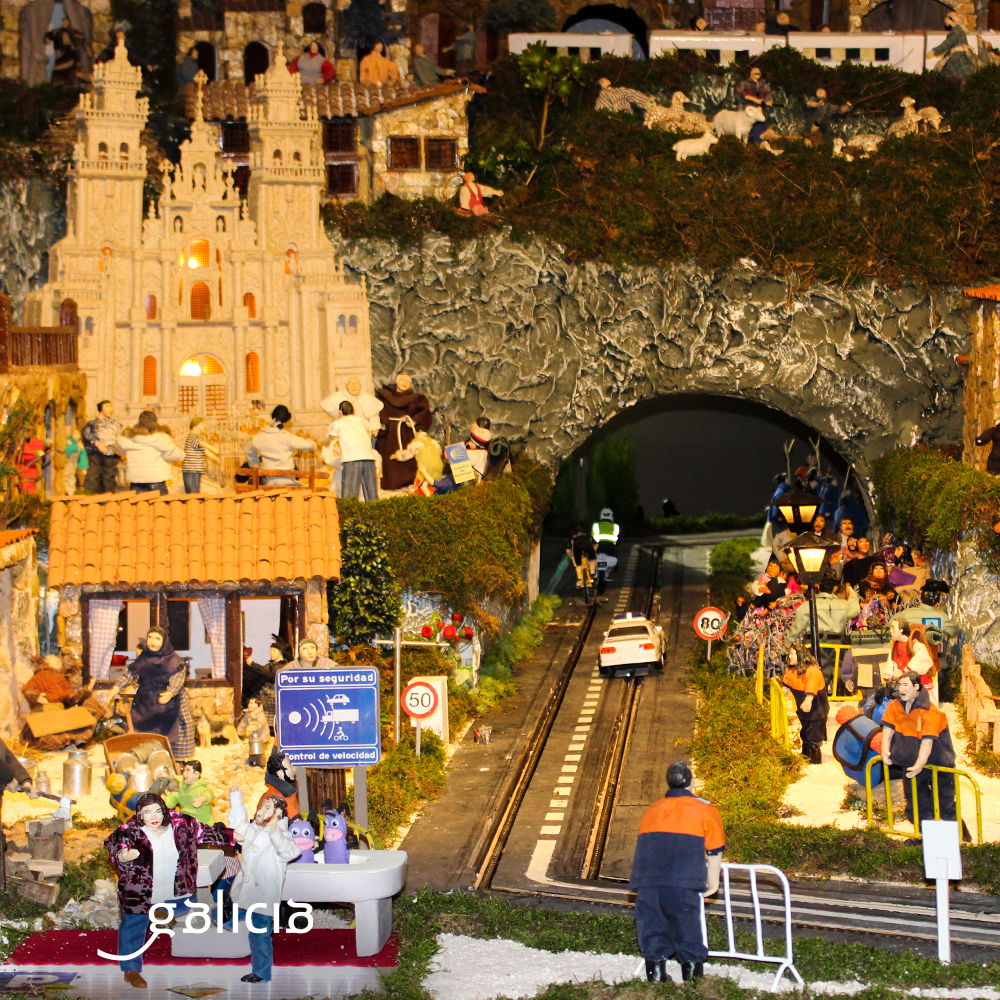 The tradition of the Nativity scenes in Galicia has its greatest exponents in Begonte and Valga, but the Christmas atmosphere begins to spread throughout the community as the festive lights also do it. In addition, this week’s schedule offers us a couple of proposals with music and art and history.

The proclamation of the priest and writer Félix Villares will inaugurate this Thursday the Begonte Electronic Bethlehem. This Christmas tradition began 47 years ago and since then it has not stopped growing by combining the traditional images of the nativity scene with scenes from the Galician rural world, all of them animated electronically. Because of its uniqueness it has been declared of tourist interest.

Since last Sunday you can visit its Artisan Bethlehem in Valga, which, like Begonte’s, is considered a celebration of tourist interest. More than 3,000 pieces form this spectacular staging prepared by a group of neighbors and that every year attracts thousands of people to the town.

Until the beginning of January. Various municipalities

The Christmas atmosphere has spread throughout Galicia with diverse initiatives. To the already famous lights that illuminate Vigo will be added festive lighting in almost all cities and towns throughout the community. In addition, in many of them there will be other special activities during the month of December and the beginning of January, such as ice skating rinks and street Christmas markets. Check local events agenda and join the party.

A selection of pieces of great importance for the history and culture of this land and coming from various countries of the world come together in the exhibition that can be seen today in the Gaiás Center Museum, of the City of Culture. This is the first major exhibition organized by the Xunta on the occasion of Xacobeo 2021.

Fourteen years later and after having won a privileged place in the Galician music scene, NAO says goodbye to the stage and its audience with a final concert. It will be held at the Amio Fairgrounds and will bring together former members of the band, artists like Mini and Sabela Ramil, and musicians from other formations such as Banda Bassotti or Dakidarría, among other special guests.