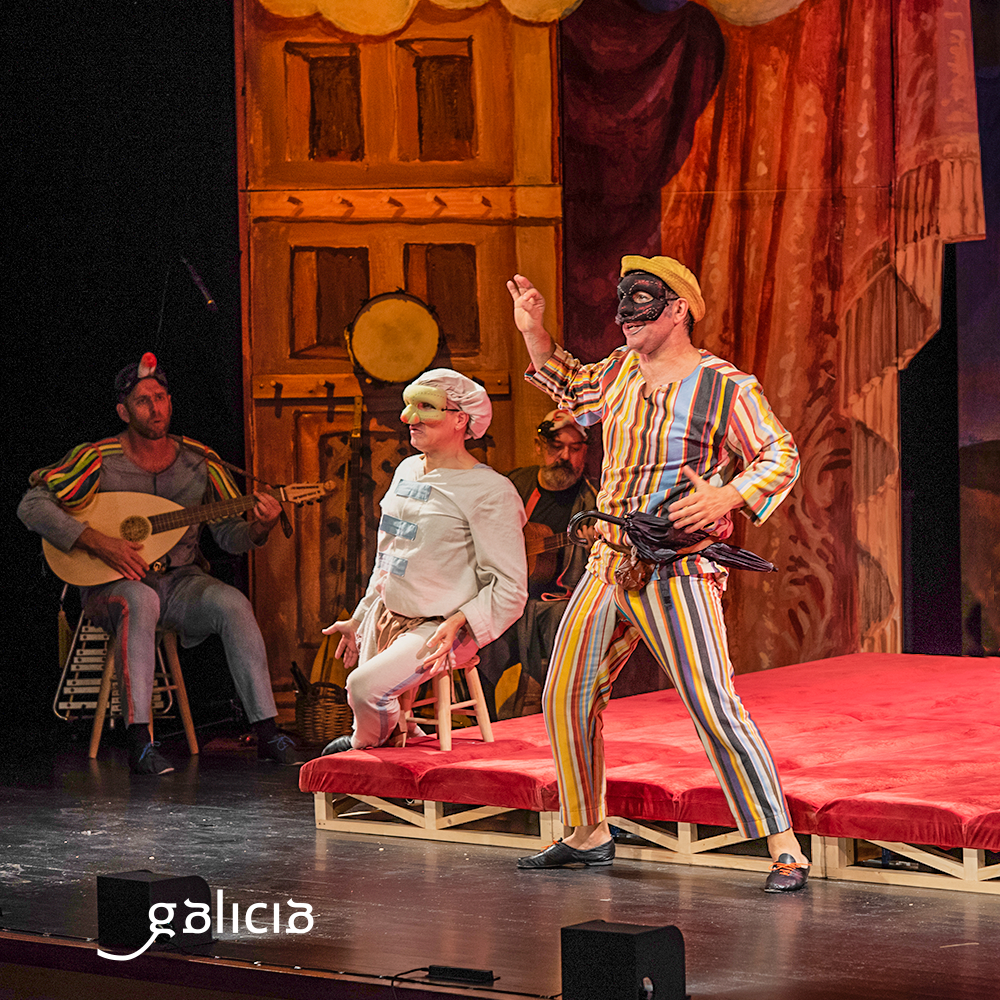 Short films, theater and music coexist on this week’s agenda with proposals to enjoy with the palate, tasting some of the most delicious products of our estuaries and our orchard.

This Thursday starts a new edition (and 56 have already been celebrated) of one of the tastiest celebrations of the Rías Baixas, the Festa do Marisco, in O Grove. For eleven days, attendees can taste the best products in the area and enjoy the music of artists such as Los Secretos, Christina Rosenvinge, Imelda May, Xabier Díaz, Bizarro Love Triangle and Iván Ferreiro.

The celebrations of the patron of Lugo, declared of national tourist interest, will begin this Friday with the first proposals of its extensive program of activities. For this first weekend of San Froilán, the musical performances of Sés, Familia Caamagno, La Habitación Roja and Dulce Pontes, among other groups and artists are planned.

The Santiago de Compostela International Film Festival, Curtocircuíto, faces the central part of its program with screenings and activities throughout the week. On Sunday he will say goodbye with the closing gala and the awards ceremony.

The fourth edition of the Pulso e Púa International Music Festival will once again take its concerts and educational activities throughout the week to several municipalities in the province of A Coruña: Arzúa, Bergondo, Betanzos, Carral, Culleredo, Negreira, Noia, Oleiros and A Coruña.

The absolute premiere of Medida x Medida, directed by Quico Cadaval; Trópico de Covadonga, by Rodrigo Cuevas; Casandra, with MJ Pérez, and the exhibition in tribute to Celso Parada and Teatro do Morcego are the main proposals of the International Festival Outono de Teatro for the next few days.

For almost three decades, the Vilanova de Lourenzá City Council has been promoting one of the most significant products of its orchard with a monographic party, the Festa da Faba. This weekend it will do it again with a celebration in which the tasting and sale of legumes will be accompanied by music and other interesting proposals.

The concert schedule this week also has several events that will delight rock and blues lovers. Revolver, veteran and successful group of the state scene, will tour Galicia from north to south to perform in A Coruña, Pontevedra and Santiago (Thursday 3rd, Saturday 5th and Sunday 6th). A living blues legend, John Mayall, will also visit Galicia these days. The 85-year celebration tour will take him to A Coruña and Pontevedra (Wednesday 2nd and Saturday 5th).

The Espazos Sonoros festival puts an end to this year’s edition with two last dates. On Saturday 5th, the church of San Miguel de Lebosende (Leiro) will host the performance of the L’Unisoni quartet, and on Sunday 6th Santa María de Penamaior (Becerreá) will stage the closing concert, by Capella de Ministrers. In both cases there will also be guided routes through the area.