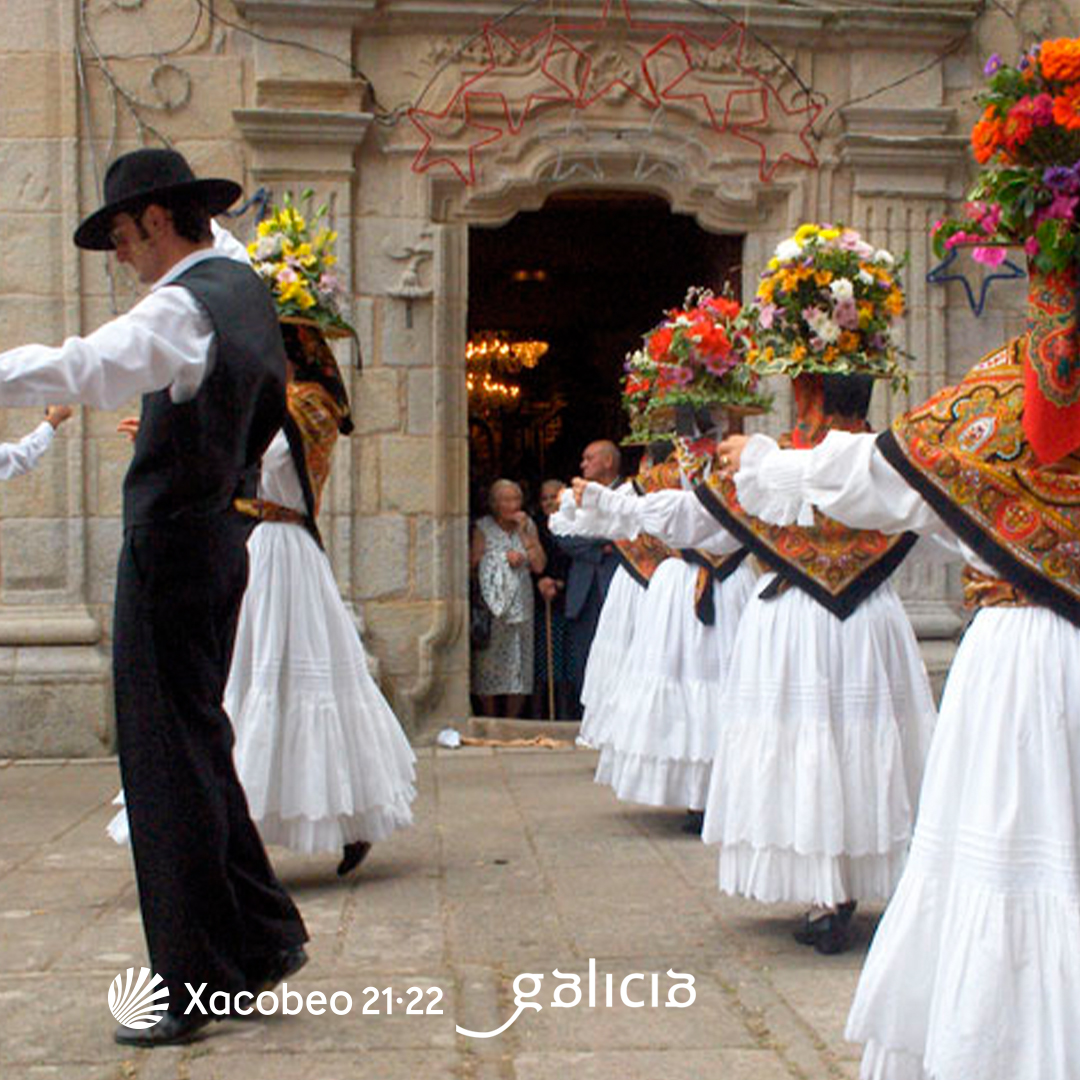 The Nosa Señora da Barca pilgrimage, in Muxía, is one of the most important and with the longest tradition in Galicia. The Saint does not protect against any specific evil, but owes her popularity to the fact that she grants any favor that is requested of her with faith. This year, the festivities will take place from September 10 to 13. Festival declared of National Tourist Interest.

It is traditional to comply with the rites of A Pedra dos Cadrís and A Pedra de Abalar, to which healing properties are attributed.

Festival of Tourist Interest that is celebrated in the parish of Darbo, in the municipality of Cangas. And although this year it is not celebrated, we want to remember them since they are considered one of the most famous days of all the Rías Baixas, being an example of the best romaría tradition. The festival consists of mass, procession and traditional dance Danza y Contradanza in front of the image of the Virgin.

This dance dates back to the 16th century and is danced to give thanks to the Virgin for the favors received during the year.

From September 10 to 12, one of the most anticipated Summer Festivals is held in Boimorto.

A total of twenty-two artists from a diversity of musical styles will meet next September 10, 11 and 12 in Boimorto, which will host a new edition of the solidarity festival promoted by Luz Casal, a native of the Coruña municipality.

Coque Malla, Nil Moliner and Estrella Morente appear in the poster that this Monday announced the organization of the event, after which the funds raised with the sale of tickets will be donated to the Galicia Red Cross and the Andrea Foundation, an institution with headquarters in Santiago de Compostela that altruistically helps hospitalized children and their families.

The screenings of the official section submitted to the public and jury award will take place in the Municipal Auditorium of the Town Hall and, in the case of short films, in the MARCO museum; These have been the main venues of the festival throughout its history.