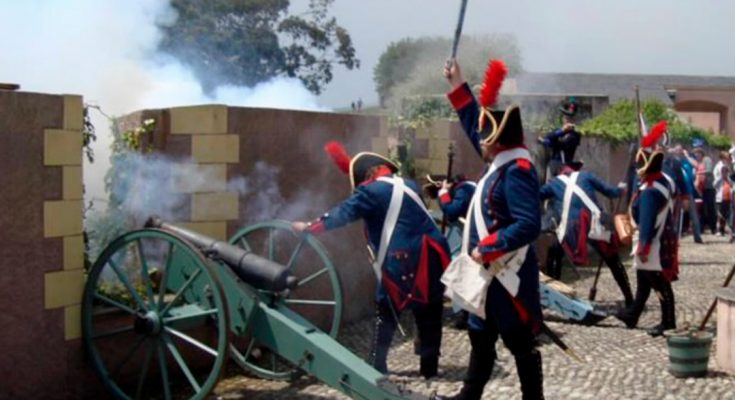 The now classic “Tourist Trains of Galicia” return to the Ribeira Sacra this 2022. There will be three main trains that will travel through various destinations between the months of June and October.

These are day routes that include specialized guide service during the tour, rail routes, complementary transfers and other organized activities and visits. Trains depart from Ourense Train Station, although you can hire the transfer from the train stations of Santiago de Compostela and Vigo at no additional cost.

The scheduled departures of the train routes are as follows:

In 2022, the PortAmérica Festival returns once again to celebrate its 10th anniversary in Caldas de Reis from 2 to 4 June. This event will take place in the Auditorio da Azucreira, in the town of Portas.

The best national and international independent music of the moment is coming to Galicia, with the largest possible number of artists and chefs. At last you can enjoy good music, nature, three stages, Show Rocking, Talent Market and camping in the magical surroundings of the region of Caldas de Reis.

The Symphony Tasting of aromas and flavours of the Ribeira Sacra will be on Friday from 20:00 hours at the Ribeira Wine Center, by the sommelier Mercedes González. On Saturday there will be children’s workshops related to the world of wine and the Ribeira Sacra from 11:00 hours, and from 17:00 hours, the activity “Entre vinos y pinchos” will take place.

Between Saturday and Sunday, the ViñoBus service will be available at a cost of 10 euros per person for visits to the wineries on the route. On Saturday there will also be the following hiking routes: “Ruta entre Oliveiras do Camiño de Inverno” and “Coñecemos O Miño da Ribeira Sacra”. On Sunday 5th, there will be the “Ruta Entre Sendeiros do Sil” and the “Ruta do Románico de Chantada”.

The Feast of the Pilgrimage of the Crosses is held on Whit Monday at the sanctuary of Nuestra Señora de las Virtudes, in Arante’s bridge in Ribadeo. According to traditions dating back to the 15th century, it is customary to bless the fields and sing rogations during this event. At the same time, it commemorates the battle and victory of the inhabitants of the seven parishes against Napoleon’s army around 1809.

Particularly noteworthy is the ritual of the banners and crosses, when the bearers position themselves in front of each other and begin to lower them several times. Afterwards, the banner is raised, a ritual that requires skill, strength and precision to carry it parallel to the ground without touching it.