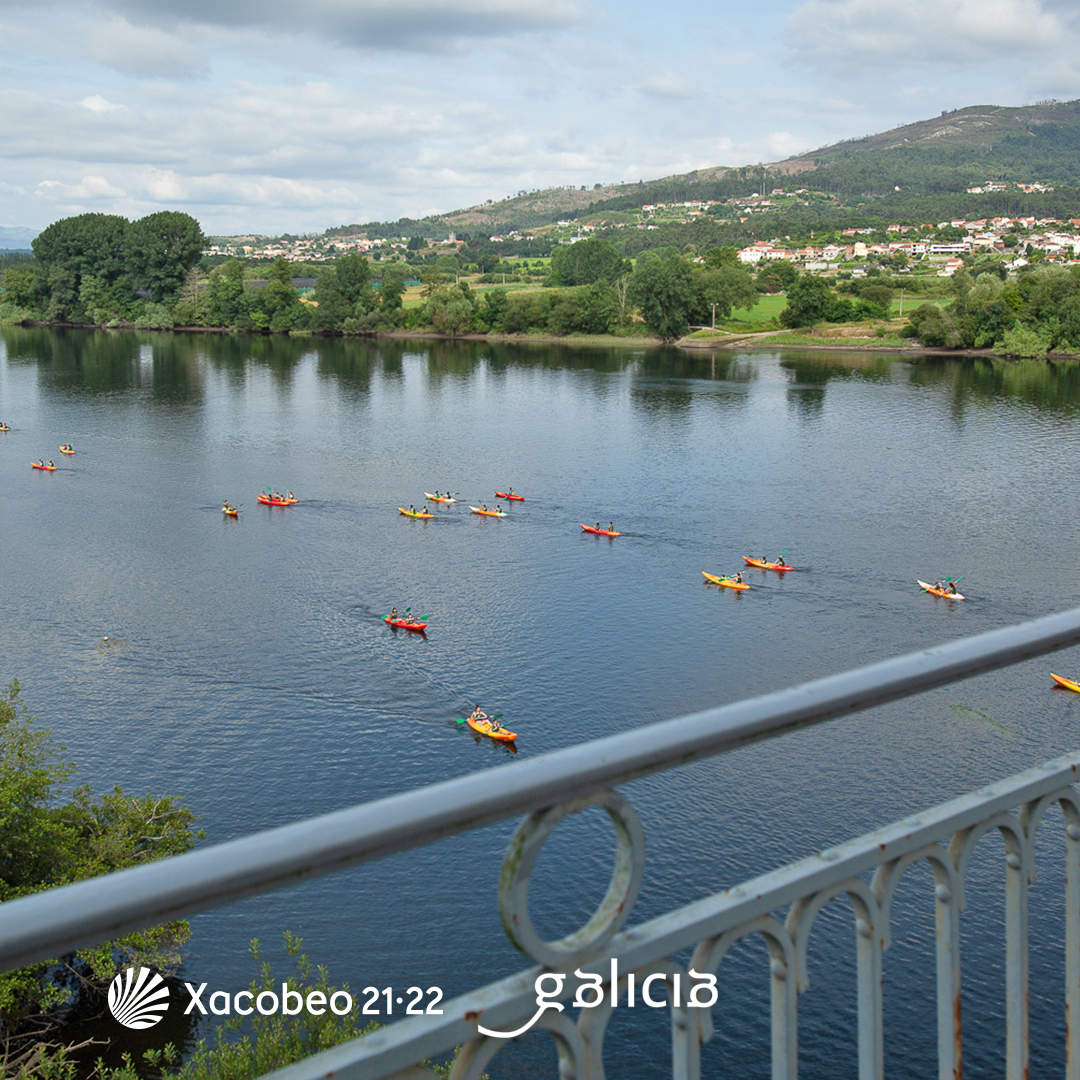 The main week of the festivities begins in Galicia and, despite the fact that many have been suspended due to the incidence of COVID-19, many others remain, although with restrictions. These are just some of the ones that we will be able to enjoy:

International Descent of the Miño. Tui

This sporting activity, organized by the Club Kayak Tudense, is one of the most prestigious rafting competitions. It consists of traveling 17 km along the Miño river in a canoe, leaving at Salvaterra de Miño and arriving at the canoeing and rowing facilities in Tui.

Along with this competition, the Popular Descent of the Miño is also celebrated, with a shorter route, only 7 km through the Miño, and much smoother, without difficulties and suitable for anyone who loves sports.

The celebration of the traditional Festas do Monte in A Guarda will have a reduced character this year due to the incidence of the health crisis. The activities will be limited to entertainment performances in the street and closing of the town center to be able to quietly enjoy the programmed musical activities and the hospitality industry. The parade of maritime bands and the traditional fireworks display have also been suspended.

On Sunday access to the mountain will be closed to avoid the traditional climb to Trega.

Feira Mostra do Viño de Amandi, which is traditionally celebrated on Palm Sunday, will take place this year on August 11 and 12, coinciding with the Feira da Rosca.

The format will be open to the public, but with access control.

There will be advance sale of tickets and 5 time slots in each day with the assistance of a maximum of 150 people in each slot. Tickets will be put on sale and will be exchanged at the stands for wine tasting.

The Peregrina week is here and the celebration will go on until Sunday, August 15.

The festivities will take place on four stages: the Plaza Ferraría, the Plaza de España, the Campolongo tracks and the Alameda where first-rate shows will be held, with varied, accessible and attractive proposals for the general public.

Vignettes from the Atlantic. A Coruña

On August 9 begins this reference of comics that will remain open until September 5.

The vast array of exhibitions, invited artists, and talks and conferences aim to give the broadest possible vision of the world of comics. In addition, A Coruña dresses in comics and the whole life of the city is infected with the spirit of the designed band.