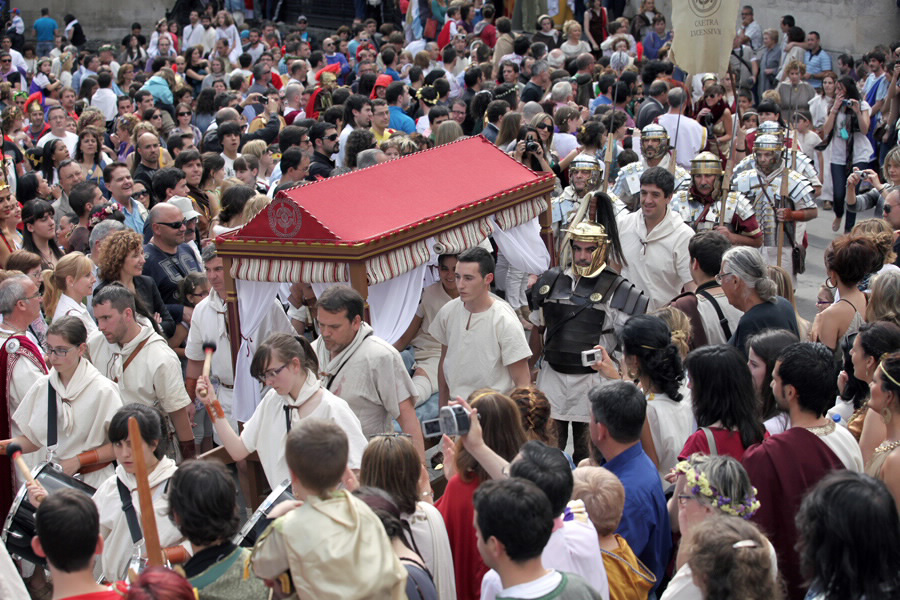 The good weather is here and, to celebrate it, we invite you to the festivities that are celebrated in Galicia this week. Watch out because it’s busy. 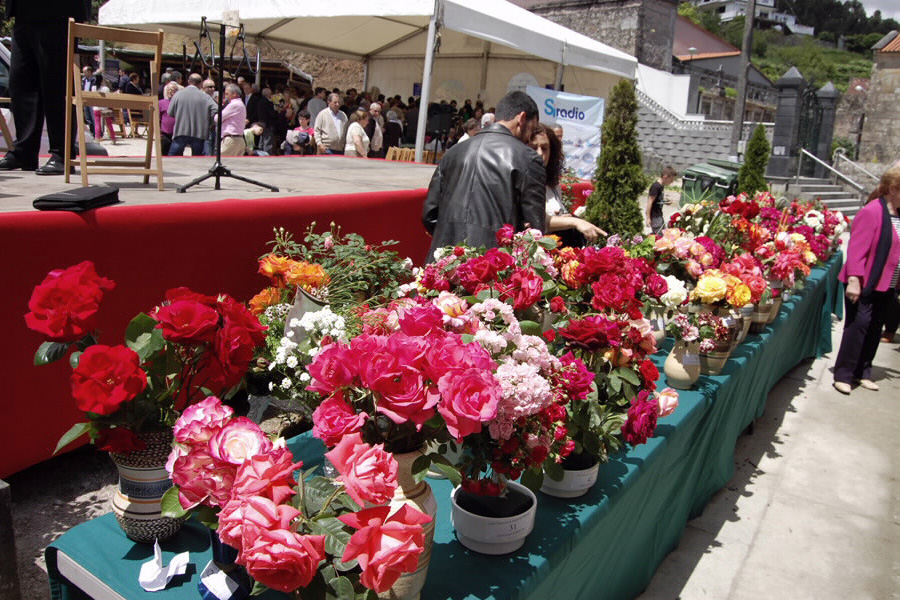 The Festa da Rosa is a singular event dedicated to the rose of Quirós, present in the representative badges of the town. This festival is the centre of a wide variety of cultural and recreational events, where tradition and music are combined, and where cultural and neighbourhood associations participate.

Come to Festa da Rosa in Mos and get to know this wonderful place.

This year, Santiago de Compostela hosts the second edition of the festival O Son do Camiño, whose line-up is made up of more than thirty renowned artists from the musical world: Black Eyed Peas, Iggy Pop, David Guetta, Die Antwoord, Rosalía, Bastille, Vetusta Morla, The Hives and Iván Ferreiro are just some of them.

The festival will have a rest area and glamping near the concert area with showers, cafeteria, cloakroom, security and recharging points for mobile devices, among other services. Reservations can be made through the festival website.

You’re still in time, come to Santiago and enjoy the festival! 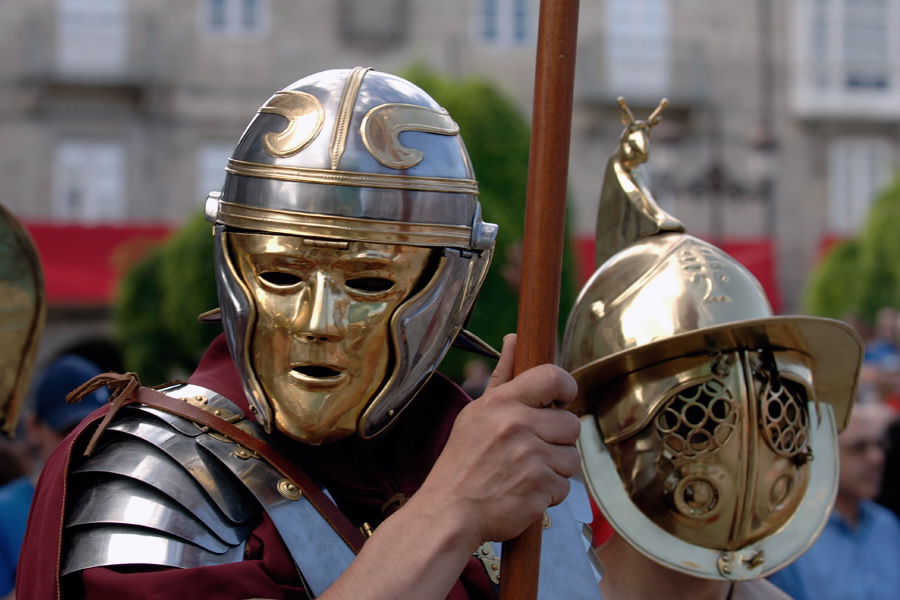 The Arde Lucus began in 2002 with the primary objective of remembering the
foundation of the city of Lugo, recreating its Roman past. This event combines recreational and cultural aspects with the greatest possible historical rigor.

Its walled enclosure is transformed every year for three days into Lucus Augusti. During the party, the Wall takes centre stage. Although not everything is the historical recreation, it also has a good offer of local gastronomy. 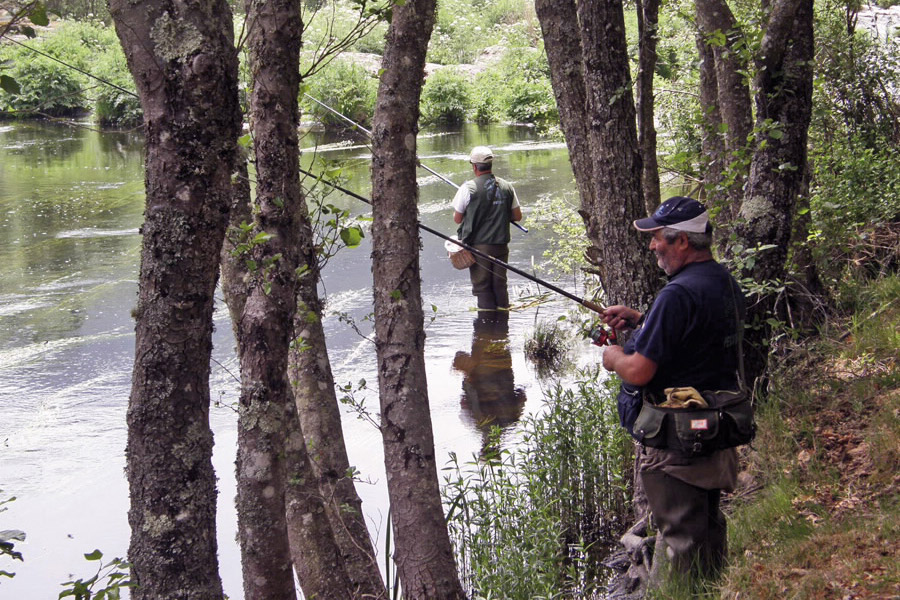 For more than 50 years, the Festa do Peixe has been held in Bande. Its intention is to promote the gastronomic wealth, in addition to publicizing the tourist potential of the area with a fishing contest.

The festival also has workshops, musical performances, handicraft and antiques markets, a horse route and the tasting of different fish preparations. Don’t forget the sweets, wine, corn bread and other typical dishes from Bande and A Baixa Limia.

One of the latest novelties of this festival is the tasting of a fish empanada of more than 15 meters. Bande harmoniously combines gastronomic, cultural, sporting and environmental aspects with this event.

Cheer up and have three days of fun! 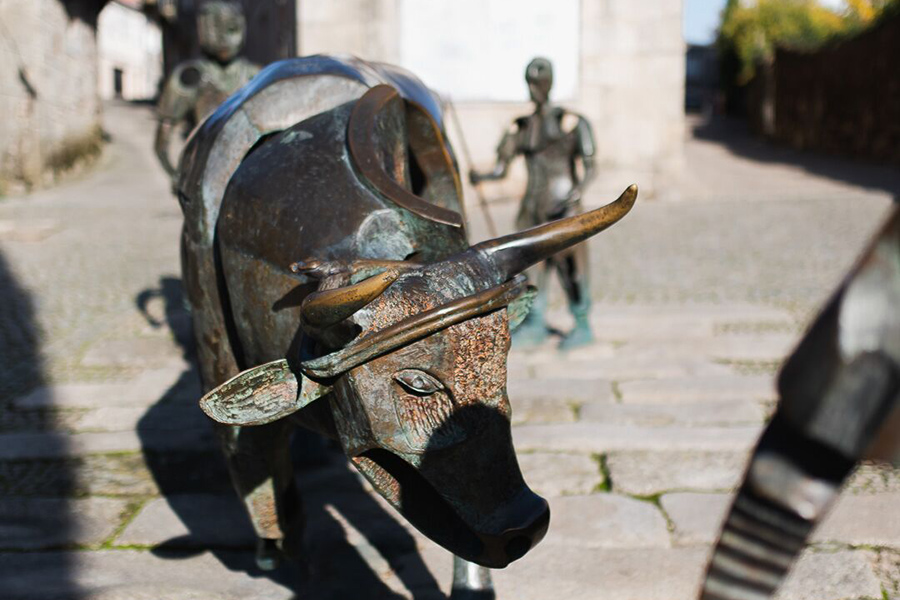 Legend has it that in 1317, an nobleman from Allariz of deep religious convictions called Xan de Arzúa, wanted to put an end to the mocking of the Jews at the passage of the Corpus procession and for that, he led the procession on the back of an ox, loaded with sacks with ants that he threw on the Jews.

The nobleman left in inheritance a dowry sufficient for an ox to walk the streets every year. Thus, today the Festa do Boi lasts ten days and its main act are the “carreiras do boi” (ox races), which go out several times a day through the streets of Allariz. The ox makes its journey subject to a long branch by the members of the clubs, who are dressed in white shirt and red scarf. The ox opens its way, hitting the large audience that accompanies it and shouts in chorus “aí vén o boi, aí vén o boi” (here comes the ox).

There is no absence of Xan de Arzúa, who appears before the Corpus Christi procession, incarnated in a straw doll on a cow cart. Surrounded by guild dancers, it is taken through the streets to Campo da Barreira, where a multitude dressed in medieval clothes takes part in a meal. 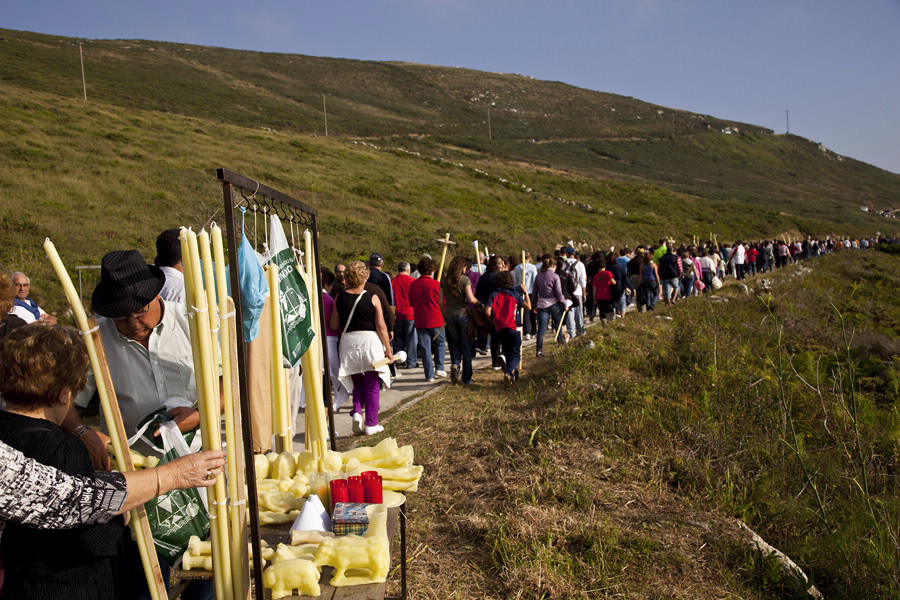 On this religious holiday, the pilgrims have to carry the saint on their shoulders from the parish church of San Xulián in Malpica to the small chapel of the Cape of Santo Hadrián. This is a journey of about 5 kilometers crossing roads and beaches and, at the end, you can see the Illas Sisargas.

This pilgrimage attracts thousands of devotees from all over Galicia who make the procession on foot or on horseback and later enjoy a good picnic in the surroundings.

Call your friends or family and let them know so they don’t make plans. You’re going to party this weekend!