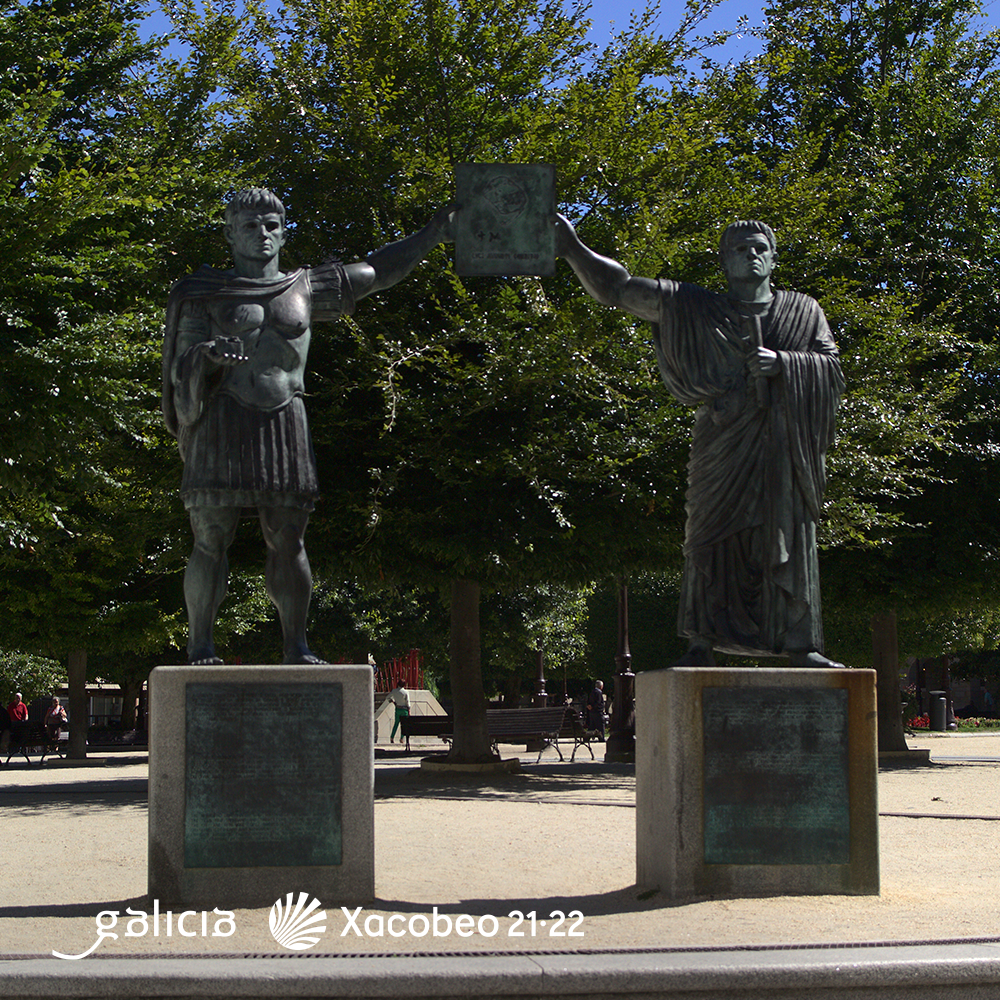 The trace of the Roman presence in Galicia reaches its maximum splendor in the city of Lugo. Its spectacular wall, with more than two kilometers in diameter and more than 80 towers, is considered the best preserved Roman defensive construction in the entire Iberian Peninsula, and this has been confirmed by UNESCO, granting it its highest recognition: inclusion in the list of goods declared a World Heritage Site.

The hot springs, the Domus del Mitreo, the bridge, the House of Mosaics and the Archaeological Center of San Roque are other spaces that allow us to travel two millennia back in time and that help us understand why the neighbors boast of their past . This pride is also manifested on the festive level through a celebration born two decades ago with which Lugo commemorates its founding as a city and the encounter between Castrex and Roman cultures: the Arde Lucus.

The active involvement of all citizens, the associative movement, the administration and private agents has led to the Arde Lucus not ceasing to grow and in just ten years it was already considered a festival of tourist interest. Just over five years later, in 2017, it took another step forward when it saw that recognition extended to the state level.

Not even the covid has been able to end this celebration and, like last year, on this occasion its organizers have taken pains to prepare a wide program of activities that adjusts to the restrictions caused by the pandemic, but that allows to keep alive the flame of the celebration and the passion that awakens among neighbors and visitors. Four days (June 17, 18, 19 and 20) of varied proposals await each other with the aim of enlivening a celebration that hopes to return in 2022 with more force than ever to continue walking towards a new recognition, this time international.

A dozen camps installed inside the wall, its surroundings and the Rosalía de Castro Park will fill the streets of Lugo with animation and color, recreating both the castrexa way of life and the costumes, belongings and forms of organization of the Roman legionaries. In addition to the exhibitions, different workshops and performances will be held in these venues.

The Arde Lucus 2021 program also includes several free theatrical performances (although it will be necessary to withdraw tickets in advance due to capacity restrictions) that will take place at Calella do Hospital. There will also be a musical section with concerts on the esplanade of the municipal pavilion (tickets will cost 2 euros) by Califato 3/4 (Thursday 17), Xabier Díaz & Adufeiras de Salitre (Friday 18) and Oreka Tx (Saturday 19). There will also be other original proposals such as Celtic and Roman weddings.

The little ones will also have a section reserved for them in the program: the children’s music show scheduled for Saturday 19 and Sunday 20.

The Arde Lucus celebration will also be the perfect excuse to go to Lugo and be captivated by the many attractions of the city. Not only those related to the Roman legacy already listed, but also other points of interest such as the Cathedral of Santa María, the different churches that populate its streets, the charming corners of its historic center, O Vello Cárcere, its many museums and exhibition spaces (Provincial, Diocesan, Interactive of the History of Lugo, Porta Miñá …) and areas for walks in the natural surroundings of the Miño or the Rato river. All of them are destinations that can be combined with the activities of the festive program.