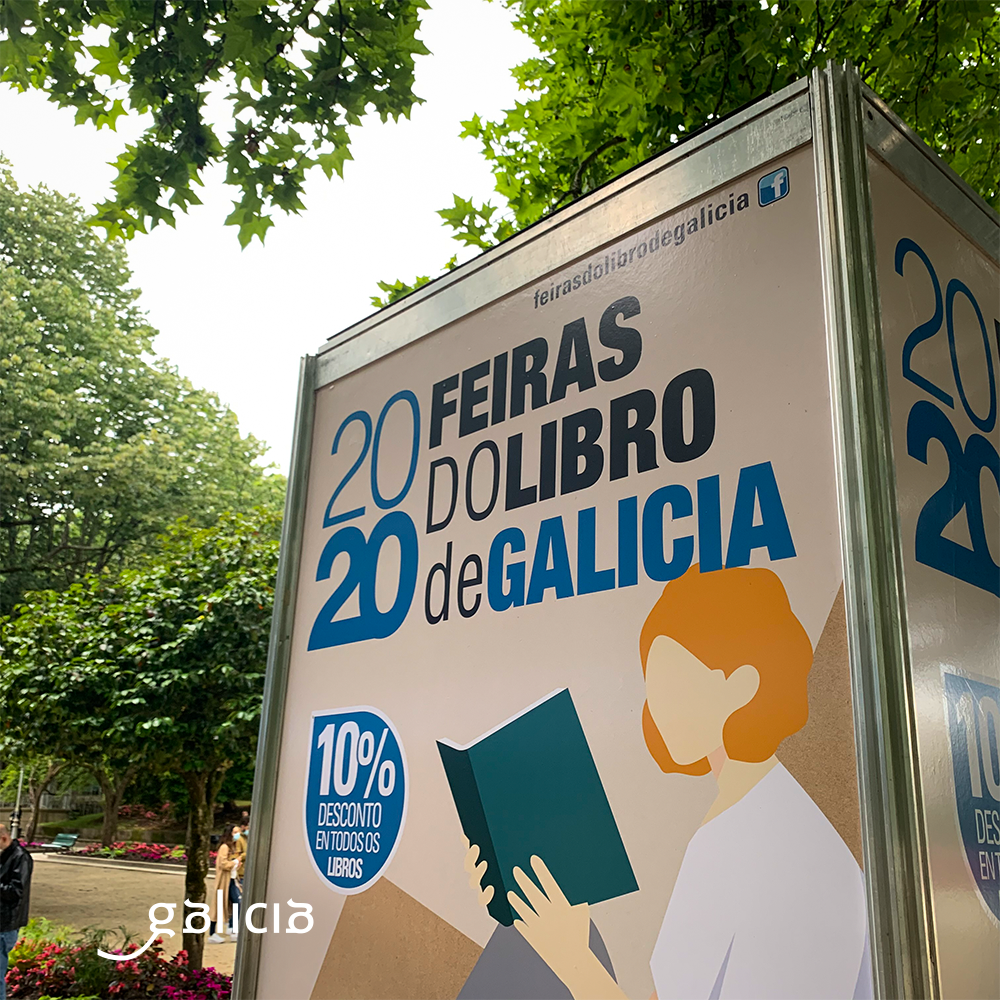 After the stop forced by the covid, the book sector resumes activity with the intention of making its activity visible and once again attracting the attention of neighbors and visitors with a proposal that fills the streets of cities and towns with color and culture and that puts contacted to writers and readers. We are talking about the Book Fairs of Galicia, an initiative promoted by the Federation of Bookstores of Galicia with the collaboration of the Xunta and the town councils, and which this year will reach ten localities throughout the community. The pandemic forced to vary the calendar with respect to previous editions, but the Compostela fair has already opened its doors and in the next few weeks, the rest of the scheduled appointments will continue. Under the illustrative slogan of “they do not infect, but they catches you”, the Federation invites everyone to participate.

The central walk of the Alameda of Santiago de Compostela is once again filled with booths to show the latest releases and the wide catalog of bookstores, and to allow readers to enjoy encounters with writers and other diverse proposals such as musical performances and shows for the children.

The Vigo Book Fair, which last year left its usual location to move to Calle Príncipe, will be the second stop on the calendar prepared by the Federation of Bookstores of Galicia.

For the fourth consecutive year, the town of Ponteareas will have this meeting point between the public and the authors. There will be 4 days of activities and presentations in Plaza Maior.

The town of the viaducts also becomes for a few days the town of books. The literary and cultural environment will take the Alameda from the town in mid-July.

Cradle of illustrious writers such as Castelao, Manuel Antonio and Rafael Dieste, the town of Rianxo could not miss one more year to the appointment with the books that is celebrated in the square dedicated to the author of works such as Sempre en Galiza.

About to celebrate fifty editions, the Book Fair of A Coruña will reopen the doors of its booths coinciding with the start of August to encourage the public to incorporate reading among their summer leisure options.

The oldest book fair in A Mariña and Lugo, and one of the most veteran in all of Galicia, will bring some of the most outstanding authors of Galician literature to Foz in the second half of August.

Without changing the province, the next appointment of the literary tour of the fairs will be in the capital of the Terra de Lemos region to celebrate an event that this year will reach its twenty-third edition.

Originally planned as is the tradition for late spring, the Book Fair of Ourense had to be postponed because of the covid, but readers will not be left without their ration of news and activities. It will be finally in October when this meeting will take place that fills the O Paseo Street with animation.

FAIRS OF OLD AND OPPORTUNITY BOOKS

In several of these cities, in dates close to the Book Fairs, sellers and readers will meet again, but not to consult the latest releases, but to look for the discontinued copies, the old volumes and the bargains that the Fairs of Old and Opportunity Books offers us. In this case there are five appointments to keep in mind: Santiago de Compostela (from June 27 to July 12), Vigo (from July 18 to August 2), A Coruña (from August 14 to 31), Lugo (from September 5 to 20) and Ourense (from September 22 to October 4).