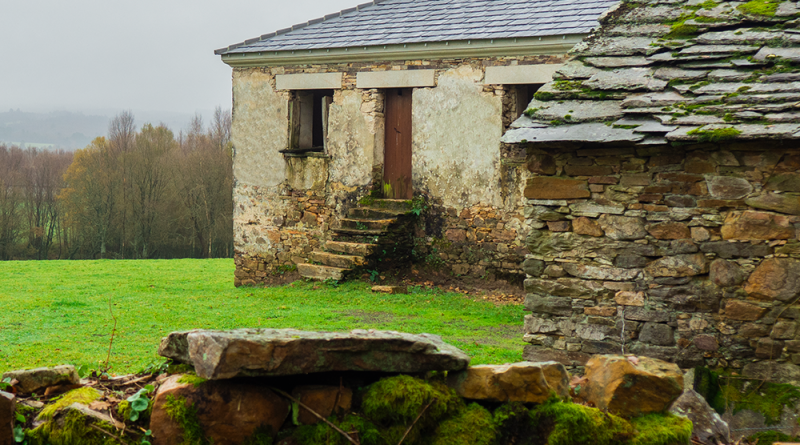 Galicia is a land of legends that often mix with reality. Have you ever heard of Pepa A Loba? Do you know his story? Is everything that is told about her true or has she become a legend?

This character of the late nineteenth century has been the protagonist of a variety of Galician books. Carlos Reigosa, Aurelio Miras Azor, Concepción Arenal and even Vicente Risco wrote about it giving more veracity to their stories.

It is said that Pepiña, as she was called as a child, was born in the north of Pontevedra. With a childhood complicated by the death of his mother, at age 12 she became Pepa A Pastora, taking his aunt’s flock of sheep to graze the mountains.

Some people say that it was there that his name came from, when one day she had to face a fierce wolf, along with his dog, to safeguard the sheep she always took to graze. He bravely killed him and, from that moment, she called herself Pepa A Loba. Other theories claim that his nickname comes from the Serra da Loba, mountains for which she is supposed to wandered.

But the bloodiest part of her story arises when she is falsely accused of killing her uncle, and enters prison. It is from the jail from where Concepción Arenal has a conversation with her and there is evidence of the real existence of Pepa.

When she leaves prison she kills who had set the trap to put it behind bars and the legend begins.

The avenging Pepa, capable of killing any man who committed a crime, robbery or assault. The mugger that acted throughout Galicia: in O Courel, Mondoñedo, Ribadeo, Ourense, Ferrol, Vilalba… So many places that even the rumor began to emerge that there were several Pepas A Loba and that she was captaining a band of women that became famous for cruelty in their revenges. This created a kind of feminist trend from which the following saying emerged: “Home morto non fala” (Dead Man does not speak). And the women helped the legend grow by telling their feats.

His career was so significant that even popular songs like this were dedicated to her:

He committed robberies and crimes,

he lived in the hidden mountain

until one day it was

Pepa lived with a man

that was her husband

in a house in Roupar

which is near Villalba.

There he would die one day

widow and caring for a child

and nothing else is known. “

And is that in Xermade is where she had her inn. In the middle of Camiño Real da Carba between Mondoñedo and Ferrol. In it she served travelers and merchants with food and lodging, and in the meantime she continued with her feats as a mugger.

Here she retired after her pregnancy and dedicated herself to the family, until her husband died and returned to the roads.

Pepa A Loba’s inn, still standing and where defensive embrasures are appreciated, keeps within its walls many secrets and stories that we will never discover, or maybe?