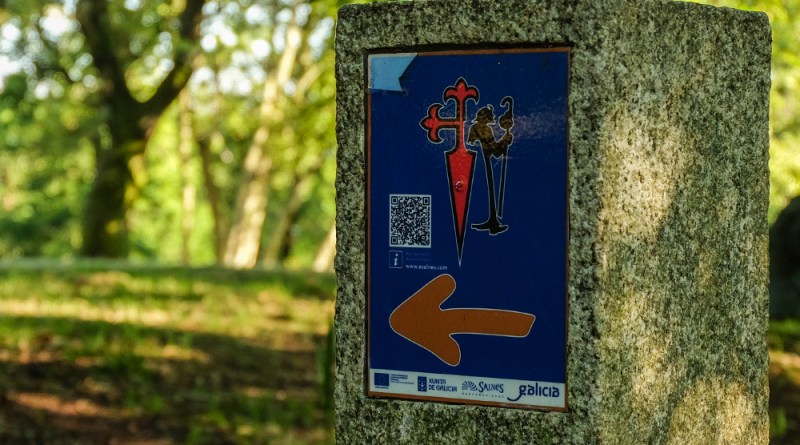 Most specialists place the birth of Pedro Joseph García Balboa in Villafranca del Bierzo (9 March 1695). But his childhood years in Pontevedra, where the family moved for work reasons a few months after his birth, left a deep mark on the man who, already under the name of Martín Sarmiento (which he adopted on entering the Benedictine convent of San Martín in Madrid), would become one of the most important scholars of the Enlightenment in Spain. A disciple of Father Feijoo, Sarmiento was a dedicated scholar who was interested in a wide range of subjects (botany, ethnography, philosophy, linguistics, history, education…) and who was always very aware of Galicia, a land to which he returned on three occasions since his departure in 1710. Those trips were an inexhaustible source of material for many of his works.

Madrid, Irache (Navarra), Salamanca, León, Celorio (Llanes) and Oviedo were some of the monastic destinations of Sarmiento between 1711 and 1725, first as a student and then as a teacher. After finishing his Asturian stage and before returning to Madrid, in 1725, at the age of 30, he returned to Galicia to visit his mother in Pontevedra. His journey took him to Ribadeo, Mondoñedo, Betanzos, A Coruña and Santiago de Compostela on his way to the city of Lérez. He also visited Tui and Ourense on his way to Madrid, as Sarmiento himself explains in the “Catalógo de los pliegos (…)”, in which he chronologically records the main events of his life and the times when he produced most of his works.

Sarmiento’s second trip to Galicia lasted 7 months and took place in 1745, seizing his departure from Madrid to participate in the General Chapter of his monastic order in Valladolid. During this trip he wrote a diary in which he recorded the toponymy of the places he visited as well as numerous Galician words. Sarmiento visited his longed-for Pontevedra and to travel to Compostela to win the Jubilee, as it was a Holy Year. For that pilgrimage, Sarmiento opted for his own itinerary, separating himself from the usual route followed by pilgrims arriving from Portugal. Starting from Pontevedra, he followed the coastline of the entire region of O Salnés until he rejoined the Portuguese Way in Pontecesures. This itinerary, recounted by the scholar in the volume commonly known as “Journey to Galicia (1945)”, has been recovered in recent years under the name of the Route of Father Sarmiento as a path of 190 kilometres in length that highlights the many scenic, heritage, historical and tourist attractions of many of the municipalities of the estuaries of Pontevedra and Arousa.

The third and last visit of Father Sarmiento was prompted by the scholar’s desire to temporarily leave the monastic cell in which he had immersed himself in study and writing, and also to get away from the food shortage that Madrid was suffering at that time. It was the longest of the three journeys and allowed him to continue his work of collecting place names, botanical terms and Galician words and phrases. In Pontevedra he settled in the house of one of his brothers, Francisco Javier, who was a commissioner of the Navy and whom he accompanied once again, as he had done in 1745, on his visits to many of the ports of Galicia, from A Guarda to Ferrol. Also with his brother, Sarmiento set out on a new pilgrimage, although on this occasion, unlike what he had done a decade earlier, he did not set out for Compostela, but further north, towards another of Galicia’s great pilgrimage centres: the sanctuary of San Andrés de Teixido, in the municipality of Cedeira in A Coruña. Sarmiento walked a good part of the route of the Camiño Vello (Old Path), which starts in the Monastery of O Couto, in Narón, and already in the sanctuary of San Andrés de Teixido he is surprised by the small size and the state of a church that is capable of attracting an infinite number of pilgrims. This is recorded in the detailed diary of his third trip to Galicia, which also contains descriptions of monuments and archaeological remains such as the mámoas (burial mound).

In addition, his legacy lives on through the Padre Sarmiento Institute of Galician Studies, an entity created in 1943 and which currently has its headquarters in the old hospital of San Roque in Santiago de Compostela. The activities of this institution, which was founded within the Spanish National Research Council and whose ownership is currently shared with the Xunta de Galicia, focus today on the field of history.