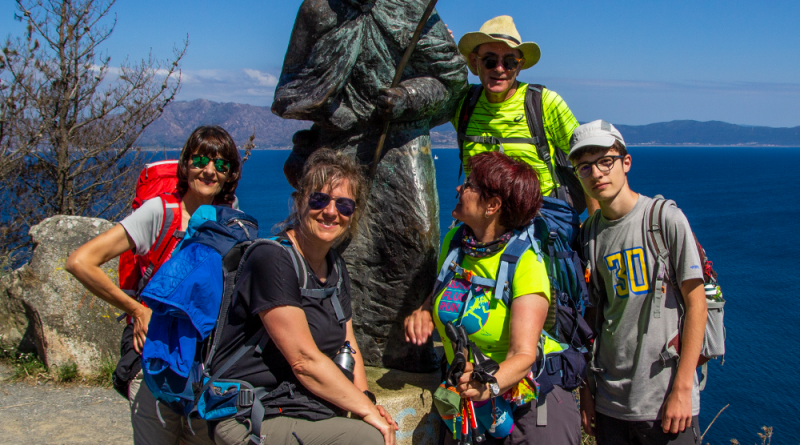 The fame of the Camino de Santiago as one of the main claims of Galicia does crosses borders and is able to attract the attention of inhabitants of all the world. This is confirmed once again by the influx of pilgrims. People of almost 170 nationalities decided to go to Santiago on one of the officially recognized routes last year.

Neither cultural nor idiomatic differences, not even geographical, have been an obstacle for people from places as different as Aruba, Papua New Guinea, Benin, Brunei, Micronesia, Bhutan or Vanuatu have been attracted by an already universal route that that keeps growing year after year. This has happened again in 2019. According to the Pilgrim Reception Office, a total of 347,578 they visited its office offices last year, which is 20,000 more than in 2018.

The five continents is represented extensively in the list of pilgrims, which does not offer changes in the top positions of the influx ranking by countries: the Spanish are the majority (42% of the total) followed in the distance by Italians (8.2%), Germans (7.53%), Americans (5.94%) and Portuguese (5.02%). But it is especially striking to see how Korea continues its particular escalation in this list and after overcoming Ireland it has already become the eighth country from which more pilgrims arrive: a total of 8,224 in 2019. The Camino is a phenomenon in that Asian country, where it has led to editorial successes and has served as an axis even for television programs and competitions.

The Camino is varied in its routes, in the way of traveling and in the motivations of the pilgrims, and although the French, on foot and religious reasons continue to set the tone, less crowded routes, the most diverse inspirations and the less usual ways of travelling are also increasing. The Portuguese Way of the Coast grew in just 12 months by more than 60%, the number of pilgrims who chose to sail to make part of the route increased by 86% and those who are not guided solely for religious reasons are already a majority.

Employees, students, liberal professionals, retirees, technicians, professors, officials, unemployed, workers… The whole social spectrum is also represented in this route that has allowed pilgrims to know Galicia throughout its territory. Ribadeo, Fisterra, A Guarda and A Mezquita, the four corners of Galicia are present on a route map that links the entire territory and that enhances the pilgrim’s experience with nature, heritage, history, gastronomy, ethnography and a host of incentives. The Camino has thus become a great gateway to this land. And you, what are you waiting to cross it?

The municipality of Guntín in Lugo boasts of its status as a land of passage for the Romans. A milestone, a replica of the original piece transferred to a museum, recalls this episode from its past near the church of San Romao de Retorta ⛪ #Sentidiño #Xacobeo2021 #Guntín pic.twitter.com/s8Ny6Knc62