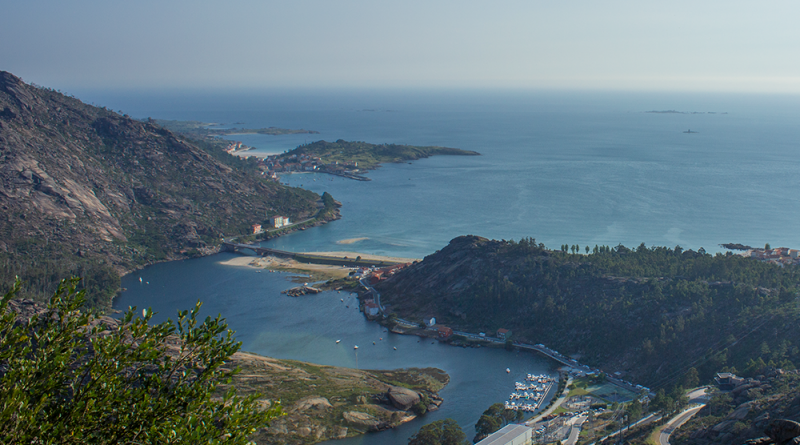 Almost 30 years ago, the process to create a European network for the protection of natural habitats and of wild fauna and flora began. So the seed of the Natura 2000 Network was sown, a conservation instrument promoted by the European Union to implement common policies that combine the preservation of natural heritage with sustainable development according to the economic and social needs of each territory. The objective was to define and delimit natural habitats and species of interest that required protection due to their representativeness, vulnerability and rarity. And to do so, two different but complementary figures were established: the Special Areas of Conservation (SAC) and the Special Protection Areas (SPA). Both would be approved by the European Union after examining the proposal for their Places of Community Interest (LIC, according to its Spanish acronym) submitted by each member state.

In Galicia, this process resulted in the delimitation of more than fifty LICs, and in their subsequent transformation into a total of 59 Special Areas of Conservation and 16 Special Protection Areas, comprising both coastal and marine areas, as well as mountainous areas and wetlands. Thus, 12% of the total area of ​​the community is subject to the Natura 2000 Network. A little more than 100,000 hectares correspond to SPAs and another 374,000 hectares to SACs, which represents almost a total of half a million hectares, although a portion This surface is shared since the two areas overlap in some places, such as occurs for example in marine spaces.

This area is distributed over a little more than 200 municipalities throughout Galicia (around two thirds of the total), making the Natura 2000 Network not only a symbol of protection, but also a letter of presentation of many of the natural wonders of which boasts this land: mountains, forests, wetlands, rivers, beaches, dune complexes, islands…

By provinces, Lugo and Ourense lead the ranking of protected area, with a wide difference, both in percentage and in total hectares, over A Coruña and Pontevedra. Thus, the territory of the two Atlantic provinces included in the Red Natura is around 5.78% of its total area, while in the case of Lugo and Ourense it increases to 15.56 and 17.78% .

It is in the lands of Lugo where we can find three of the municipalities with the highest percentage of their protected territory, since in Cervantes, Folgoso do Courel and Pedrafita do Cebreiro the area classified as SAC exceeds 95% as they are municipalities located in the heart of two areas of great environmental value: Os Ancares and O Courel. Other municipalities in these areas also have a large part of their territory in Red Natura: Negueira de Muñiz (62.92%) and Navia de Suarna (73.46%). In the case of Ourense, one of the areas where the impact of the Red Natura is greatest corresponds to the Central Massif and the O Invernadeiro Natural Park. Thus, in the municipality of Manzaneda the protected area exceeds 96% of its total territory and in the neighboring municipalities of Chandrexa de Queixa and Vilariño de Conso it is above 59% and 78%. On the border with Portugal, we find municipalities such as Lobios and Entrimo, where the Red Natura covers more than 60% of a territory that has also been included in the Xurés-Gerês cross-border nature reserve. In the case of the province of A Coruña, Cariño, Carnota and Toques, with just over 40%, are the municipalities with the highest percentage of surface included in the Natura Network, while in Pontevedra, the ranking is led by A Lama with a 30%, closely followed by two coastal municipalities: O Grove and A Guarda, in both cases with just over 28%.

According to data from the Center for University Extension and Environmental Disclosure of Galicia (CEIDA), in Galicia it is possible to find 72 of the natural habitats of community interest and a total of 61 species whose habitats require special conservation measures according to the criteria established by the EU. Among the latter, 19 species of plants, 11 of invertebrates, 7 of fish, 2 of amphibians, 6 of reptiles and 16 of mammals have been identified, in addition to 81 species of own birds and 120 other migratory ones. Under the umbrella of the Red Natura, birds as unique as the “pillara das dunas” (Charadrius alexandrinus) are sheltered, which has made Galicia its only nesting place on the entire northern coast of the Peninsula, or plants such as the Centaurea borjae, what it can only be seen in one very specific area of ​​the Galician coast: the one included in the ZEC Costa-Ártabra.

The Natura 2000 Network tries to make the conservation of all this natural heritage compatible with the sustainable development of the local population. It promotes respect for traditional activities that, in many cases, have played a key role precisely in the protection of these habitats, and advocates promoting those activities with capacity to fight against the depopulation that threatens the rural world. Nature tourism, handicrafts, organic farming or the transformation and commercialization of products with designation of origin thus go hand in hand with nature in the defending a territory that we can and must take care of among all.