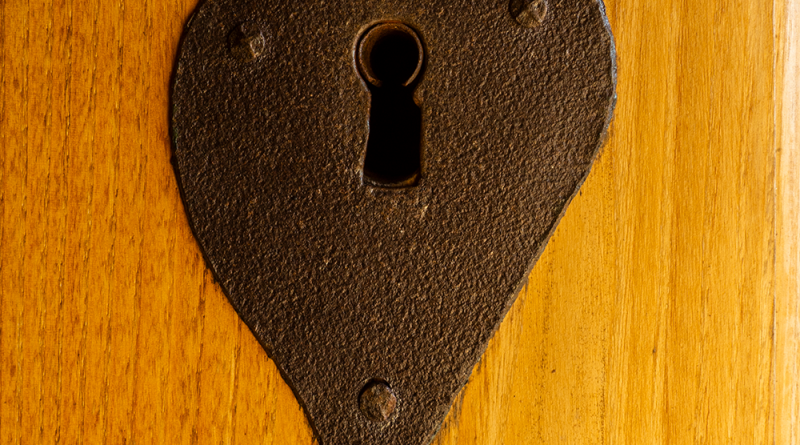 With a third of the place names that exist throughout Spain, Galicia can boast an enormous toponymic wealth that tells us a lot about our past and the people who inhabited these lands centuries ago. A tracing through the names of places, villages, parishes and municipalities allows us to know facts, characters and traces of cultures that have already disappeared. And also discover curiosities. Because of the celebration of Valentine’s Day, here you have some proposals for routes to enjoy some of the charming corners of Galicia following the trail of the most loving toponyms.

The first route takes us to the north of the province of A Coruña to begin the tour in a town that has made its name a declaration of intent: Cariño (honey). Legend has it that the origin of this place name is due to an event that happened centuries ago. After one of the daughters of the lord of a castro located in the area died, he buried her there and left saying goodbye with a “goodbye, honey”, giving the place that name. Less prone to romanticism, experts believe that the origin of Cariño could have to do with the prelatin base “kar” (stone) and the geological nature of the place or with the Latin anthroponym (name of person) Carinius. Be that as it may, the truth is that the town welcomes the visitor by honoring its name and putting within its reach places of as much interest as Cabo Ortegal, the spectacular cliffs of Herbeira and O Limo or the charming seaside neighborhood of the municipal capital.

Not far from there we find other places of evocative toponymy. Going south, in Cerdido we can go through Penadobico (stone of the kiss), and enjoy the views, since in this case the “bico” of which the name speaks does not refer to a kiss, but to a high point. Already in the municipality of Ferrol, we can take off our shoes and take a walk through the sand on the beach of another place named Cariño or head to the neighboring town hall of Fene to visit the only parish in Galicia that has St. Valentine as its patron.

Another option to tour Galicia following the place names of loving connotations will take us to the interior lands of the provinces of Lugo and A Coruña. There we have several places that share the same denomination: Vilamor (something like love villa). This is the case of a village located in the municipality of Folgoso do Courel, where visitors can wander between traditional buildings erected in stone and crowned with slate roofs, contemplate old granaries and soak up life in the mountains.

Starting from there to the east you will encounter another place of the same name in O Incio and a little further the same will happen when you arrive at O ​​Saviñao, where you can also discover the spectacular landscapes of the Ribeira Sacra and also visit O Bico (The Kiss). According to the experts, Vilamor has nothing to do with a place of love passions, but in some cases reveals the previous existence of a Roman villa (Villa Mauri). Already in the province of A Coruña, another Vilamor awaits us in Sobrado, municipality in which we can travel in time visiting the ruins of the Roman site of Ciadella or the impressive monastery of Santa María. And in Toques there are two Vilamor that we will encounter (of Above and of Abaixo) and that will invite us to discover their heritage and nature althrough the routes of the waterfalls, the hermitages or the megaliths.

The next place name of our route will make us cross half Galicia. It is Amorín, a denomination that invites us to think about small loves, but that it reveals some information about the place where we are, since according to experts, it can refer to a hill or a border stream. In Lugo there are several municipalities in which we will see indicators with this denomination. Two of them (Amorín de Abaixo and Amorín de Arriba) are located in Argozón (Chantada) and open us the doors of a municipality that combines the landscape of the Ribeira Sacra, with the traces of the Camino de Santiago and a rich history that bequeathed us an important religious and architectural heritage. The same happens not far from there, in the municipality of Pantón, where it is also possible to find another village called Amorín, just as it happens a little further north of the province, in Castro de Rei.

In the province of Pontevedra, Amorín is the name of a parish of Tomiño and of one of the border fortresses built centuries ago on the banks of the Miño river. Although its ruins have been engulfed by the vegetation the place invites to explore and let the imagination fly.

Without changing of province, it is now time to take a northbound route without getting too far from the coast to stop at three other places of singular toponymy. The first stop will be in Os Amados, place of the Gondomar municipality, whose name could make us think of a romantic story, but whose origin seems to be related to the family name of a family that lived there long ago. Located in the heart of the municipality, it is a good place from which to explore some lands where petroglyphs, ancient fortresses and pazos live together, small medieval bridges full of charm and high from which to contemplate magnificent views. In Meaño, in the middle of O Salnés, we will meet Valdamor, a place whose name may also have to do with an anthroponym and that puts us in a region dotted with beaches and spaces in which to give free rein to the forms of leisure more varied. And heading slightly east to complete this unique journey, in Portas we will visit a place where love gives way to friendship and also owes its name to a family that lived there: Vila de Amigo (friend’s villa).

And for those who still want to travel a little more following these curious toponyms, here are some more places, although as in the previous cases you have to remember that things are not always what they seem: Coitos (as coitus), in Toques; O Sexo (as the sex), in Agolada, and A Paixón (as the passion), in A Arnoia.