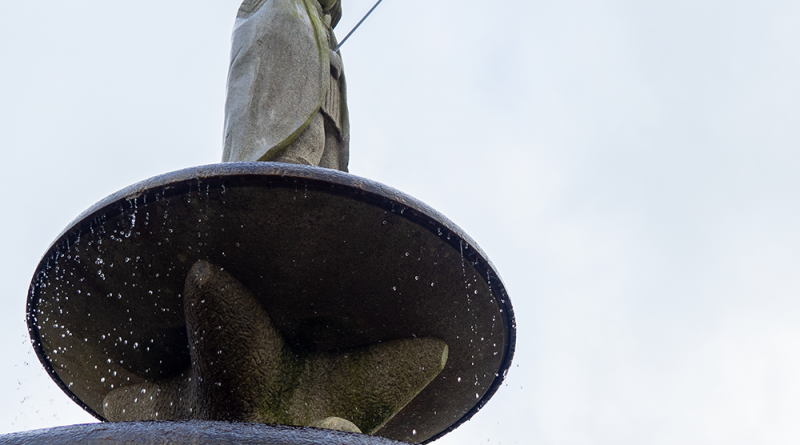 There are several links that unite Galicia with the British Isles. Many move directly in the scope in which history and legend are confused, such as the story that places Lancelot in Cedeira or the one that tells that the sons of the Celtic warlord Breogán went to conquer Ireland after glimpsing those lands from the tower that his father had raised on this shore of the Atlantic. But if there is a place where this relationship is more evident and still very present today it is in a small parish in the municipality of A Pastoriza, Lugo, with a revealing name: Bretoña.

The name already tells us that it is a place of historical connotations and the investigations by the writer and archaeologist Manuel Chamoso Lamas confirmed this several decades ago, revealing that it was there that a group of settlers arrived from the Roman province de Britania established its capital at the equator of the first millennium. The reason for that exodus would be linked to the process of disintegration of the Roman Empire and to the harassment to which the settlers of Celtic origin who had become Christianized were subjected by the new authorities. Many sought refuge in continental Europe, sailing to Armorica (which included, among other territories, present-day French Brittany and Normandy) or heading further south to reach the coasts of the province of Gallaecia. At the head of the second group was Maeloc, a bishop who established the diocese of Britonia, whose existence would appear listed in the acts of the Council of Braga held in the year 572.

References to the bishopric of Britonia in the conciliar documents remained for two centuries and the archaeological investigations carried out almost 50 years ago by Chamoso Lamas in Bretoña shed light on its location. The former president of the Royal Galician Academy of Fine Arts went to that parish of A Pastoriza, also attracted by some place names such as O Bispado (The Bishopric). In the parish church of Santa María and its surroundings he discovered, in addition to several ancient tombs, some perimeter walls and a semicircular construction that he identified as remains of the palace and the cathedral of Maeloc. According to this interpretation, this would be the place where the seat of a diocese was located, which according to the Lugo council in 569 reached from the Maximum Monastery to the lands of Asturias. That location would have been maintained for a couple of centuries, until the Muslim push forced the inhabitants of the place to take refuge a little further north, thus promoting the construction of the San Martín de Mondoñedo Basilic (Foz).

The details of the way of life and the organization of those settlements have been lost in the past, but Britonia’s traces is still alive in Bretoña and has become a source of pride and vindication for the inhabitants of A Pastoriza. In fact, that historical episode has inspired the start-up of an interpretation center in which it is possible to get closer to those times through informative panels and some replicas of the ceramic pieces and jewels that were found in the excavations carried out in area. The panels show the historical context of the time of the arrival of the Breton population, the situation in which Galicia found itself and issues of interest such as the role played by Manuel Chamoso Lamas or the imprint that other diverse personalities left in the area. The CIN Bretoña is located in a house built a century ago by an emigrant returned from Cuba and rehabilitated for this new use by the Council of A Pastoriza in very recent times.

The church of Santa María and the fountain located in the central square of the parish and crowned with a statue of Maeloc complete the main triptych of the Bretons of Bretoña and allow the visitor to try to glimpse the trace of those who wrote this important page of history local.