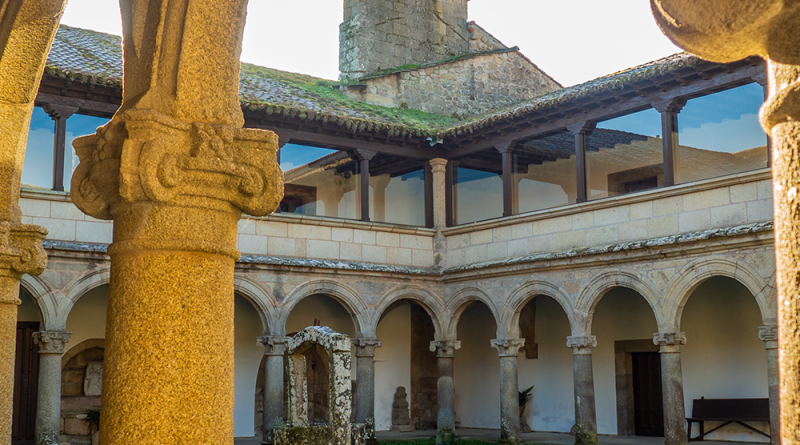 The monasteries are one of the greatest jewels of the Ribeira Sacra. Today we discover that of Santa María de Ferreira, in Pantón.

It is said that its origin could go back to the year 924 under the Benedictine Order but there are no documents today that certify it.

After almost two centuries with hardly any documentary evidence, 1175 represents a before and after for the Monastery of Santa María de Ferreira,

And at that time the Cisterciente Order was already settled by Galicia, in places like Oseira, Sobrado dos Monxes, or Monfero; and Ferreira was without monastic life and in a state of ruinous conservation.

The property at that time was in the hands of Countess Fronilde Fernández, who had inherited from her family, and it was very clear that she wanted to dedicate it to the good of the church, to give her a Holy destiny. So they met with a number of women, the buildings were restored and finally had the Cistercian discipline in it by submitting it to the direction of the monks of Meira.

Thus, on December 17, 1175, he donated everything to the Order of the Cistercian and immediately the monastery began to flourish. Becoming the only one in Galicia that currently and uninterruptedly since then has maintained its function, has already survived the confiscation of Mendizábal following his path.

Inside is the sepulcher of Countess Doña Fronilde, who is found as abbess in her moment of splendor. He also welcomes Don Diego Lemos, leader of the Irmandiñas revolts, and his son.

The monastery, known as that of the Bernarnas mothers, has a very strict visiting hours, since it is the closing space that gives priority to the nuns’ right to enjoy their spaces. So, if you want to know more about one of the main architectural jewels in the area, you can do it from 11:00 a.m. to 1:00 p.m. and from 4:00 p.m. to 6:00 p.m.