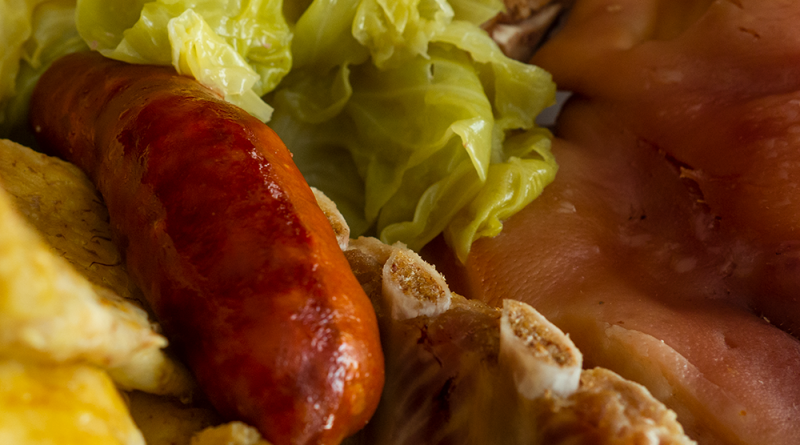 If there is a recipe that can claim its condition of winter delicacy par excellence of Galician cuisine that is stew (the Cocido). And if there is a locality that claims to be the capital of this preparation that is Lalín. More than half a century ago, a celebration was born in that municipality in Pontevedra that has not stopped growing over the years and has led to the words Lalín and Stew were already inextricably linked in the collective imaginary of Galicians although is present in the recipe book of the four provinces.

Due to its seniority, importance, uniqueness and roots, the party was declared 10 years ago celebrating national tourist interest. And shortly it will take another step in this ranking by being elevated to the international category. The Cocido de Lalín will join the 11 Galician festivities they enjoy and that decision, although it will be the only gastronomic event present in that exclusive list.

February 16th, the Sunday before Carnival Sunday, is the key date of the celebration in Lalín. It will be that day when miles of people gather in the town to taste this caloric and delicious gastronomic tribute to the pig in which other meats also have a place and in which the star ingredient is conveniently accompanied by products from the Galician orchard.

The recipe modified slightly throughout Galicia, although the main ingredients do not change. In Lalín they have it clear and from the City Council, promoter of the celebration, they reveals the list of essential ingredients to prepare a stew for 10 people: half head of cured pork, half cured “lacón” (front leg of the pig), backbone, two salted tails, bacon with veining, salted rib, salted ear… And they even explain the ways to prepare some of those ingredients before cooking them and thus obtain an optimal result: the “lacón” must be set to desalinate four days before; the rest of the pork, two days before; and chickpeas and beans must be soaked 24 hours before starting cooking.

But if what you want is simply to enjoy the recipe without having to work between stoves, just go to Lalín and put yourself in the hands of the experienced local chefs. On Sunday 16th, tens of miles of people return to the town attracted by the smell of its star recipe and the festive atmosphere to taste the menus served in the restaurants of the municipality. Music, parades and the traditional proclamation will not be missing that day, which this year will be read by Sonsoles Ónega. The journalist thus joins the illustrious cast of people headed by Álvaro Cunqueiro who during this more than half a century have been in charge of praising the merits of Lalinean stew.

And who can not wait until that day to taste the delicious delicacy will also have many other options to do so. Since two decades ago the party is arranged several weeks in advance. “From San Amaro to Valentine’s Day. Stew Month in Lalín”. With this motto as a guide, a large group of restaurants included during that whole period prior to the big day of the party, stew in their menus and allowed (on designated days and with prior reservation for the rest of the days) enjoy the famous stew. If you have not tasted it yet, do not miss the chance to do it. Your palate will thank you.