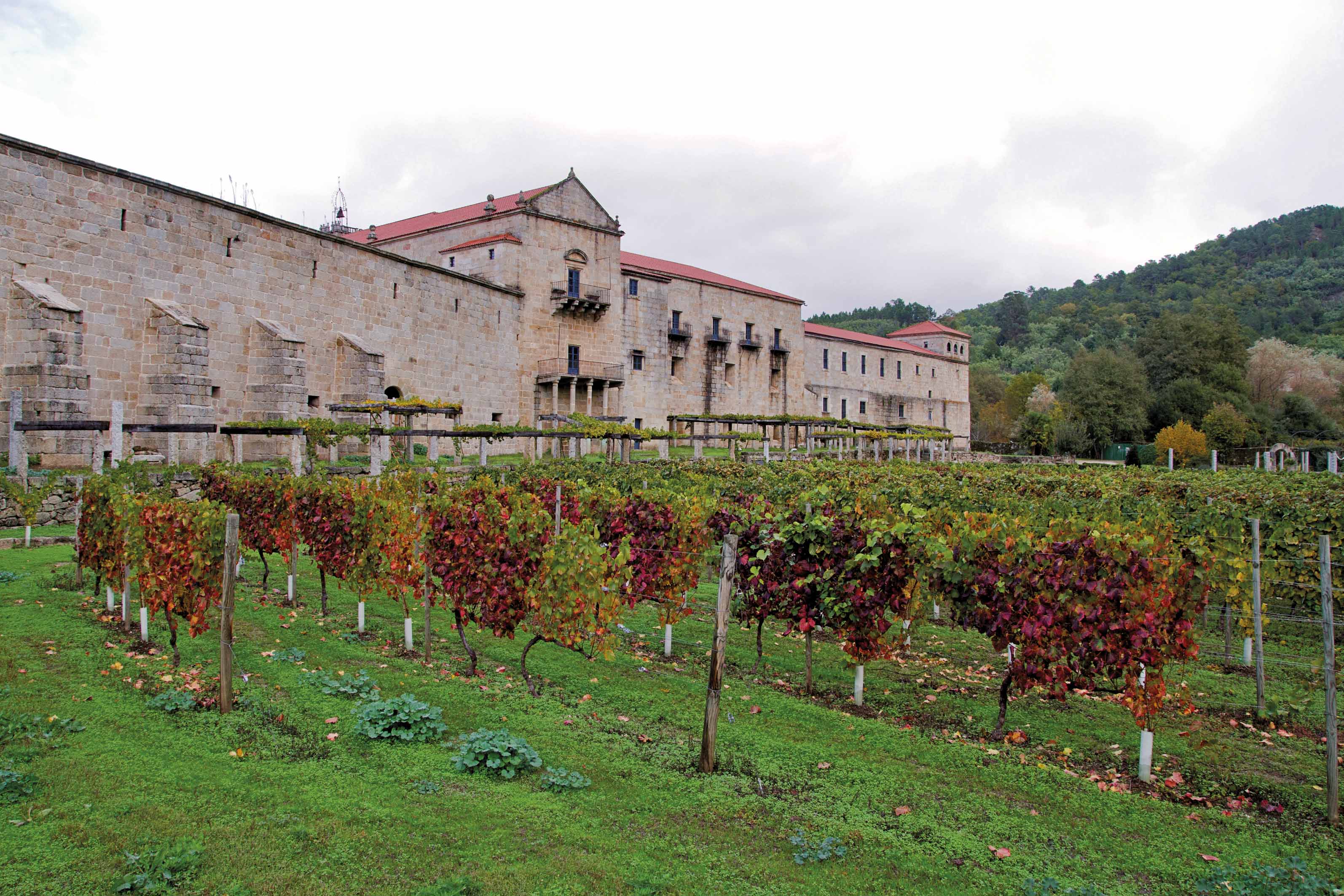 O Ribeiro is a land of wines and monasteries. In a few places are these two callings so well combined as they are in San Clodio, in the municipality of Leiro. A thousand years look upon this building, moulded by the scars of time and marked by the connection between religion and wine economy.

The location of this monastery is marked by the presence, very close by, of the beautiful medieval bridge that crosses the Avia river. Lite, even bright in the afternoon light, the work dates back to the fifteenth century and has three pointed arches, the tallest of which reaches about twenty meters in height. It is a bridge with a very hectic history, like so many in Galicia: reformed in the eighteenth century, at the beginning of the nineteenth it would bear witness to confrontations between Napoleonic troops and civilians during the War of Independence, and also at that time a cross would be added to its the tallest part.

The monastery is very close by, to the east. It was declared a National Monument in 1931 (the bridge would have to wait another half century to receive the title) and its origins were lost to the fog of time. The central area of Galicia, so fertile, gathers abundant samples of monastic architecture, both in this area and in the Ribeira Sacra, and it is possible that the monks arrived in Leiro at some point in the sixth century. In any case, it seems that the current monastery was founded late into the tenth century.

Wine production gave the San Clodio monastery times of great prosperity. It was initially constituted as a Benedictine community, and between the twelfth and thirteenth centuries the expansion of its economic power reached its peak. Most of the outlines of this fantastic church date from that time, with three naves and a triple front, and a façade on which three rose windows (boarded up or transformed centuries after the original construction) and a beautiful pointed arch stand out.The bell tower is also quite unique; gathering elements added over the years, it has resulted in a very identifiable construction. Inside is the Holy Relic, a splinter of Jesus’ cross revered to scare away the ghost of the hailstorms that spoil vine harvests, in another example of the area’s blend between spirituality and wine culture.

After going through a severe crisis in the Late Middle Ages, St. Clodio resurged in the Renaissance, once again at the hands of the Benedictines. The two cloisters that make up the main building and replaced the Romanesque original one are from the sixteenth and seventeenth centuries, and reflect the styles in fashion during each of the eras: the Renaissance, in the former, and a sober Baroque in the latter.

Abandoned as many monasteries were at the beginning of the nineteenth due to the ecclesiastical confiscations, at present the building has been restored to house a hotel. Located halfway between the towns of O Carballiño and Ribadavia, many choose it as a starting point to discover a region with great scenic and, of course, enogastronomic potential.