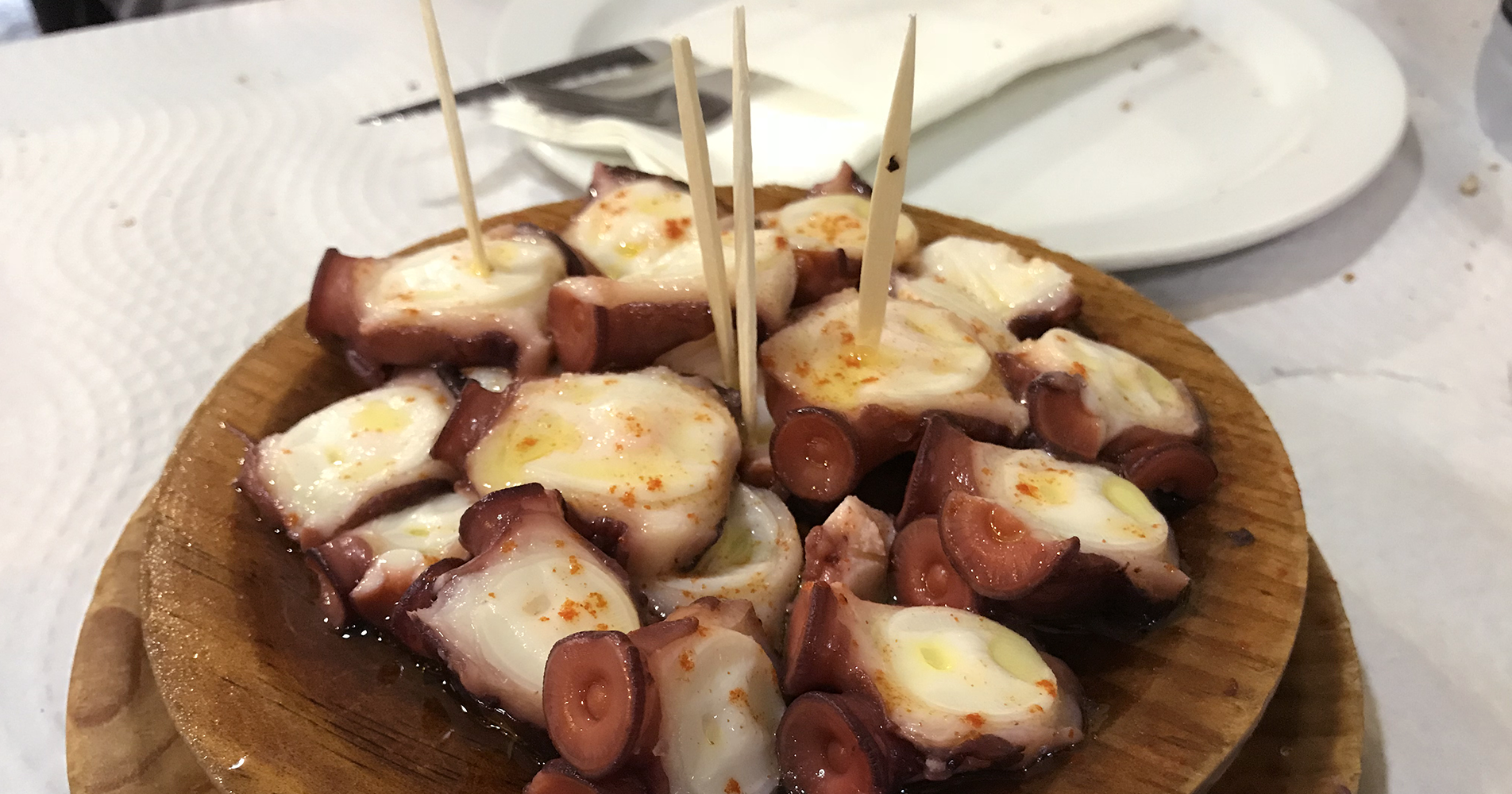 There are few dishes as emblematic in Galician cuisine as the pulpo (octopus) á feira. And that is difficult, in such a prolific gastronomy as the one found in this land. Essential for decades in any traditional restaurant worth its salt, its consumption is increasingly popular. But what is the secret that makes it so irresistible?

The animal itself has something has to do with it in the first place. Galician octopuses, scarce and precious, get their unmistakable taste from the varied diet they enjoy in the estuaries: small molluscs, seafood, small fish… Everything appears in the radar of the little devourer that is the octopus, a cephalopod mollusc that, in addition, possesses an exceptional intelligence. According to several scientific experiments, its sense of direction is magnificent and it is capable of learning to then escape or more easily capture its prey.

When did Galicians begin to introduce octopus into their diet? In the words, once again, of Álvaro Cunqueiro, the author of the canonical book La cocina gallega (Galician cuisine), “Galicians are fond of octopuses”. According to his writings, the octopus that was eaten in the past was basically boiled or cured in the ports where it was fished, mainly Muros, Mugardos, Bueu, Arousa… The cured preparation was essential to transport octopuses inland, to other Galicia towns or bordering communities. La Maragatería, in León, was one of its destinations, and it is no coincidence that some of the places where octopus is sacred, such as O Carballiño or Melide, are a hundred kilometres from the coast. The most well-known preparation nowadays, the pulpo á feira, boiled and splashed with olive oil and spicy paprika, came later, given that these last two additions had prohibitive prices for most Galicians.

As for the preparation, let’s once again turn to Alvaro Cunqueiro, who explains that “it is boiled whole, and it’s best if it is medium sized.The pulpeira has a hook used to take the octopus out of the boiler in which it was cooked -many are cooked at a time-, and with a pair of scissors she cuts it onto the plate on which it will be eaten. Once the octopus is cut, the pulpeira salts it with coarse salt, sprinkles it with paprika, and bathes it with olive oil. And it’s ready to eat. There are fairs where you can add some cachelos (boiled potatoes) to the octopus“, he says.

What is the best place to eat it? Everyone can maintain, in all fairness, that it is in their town where they best prepare the recipe. There are, in any case, several places and dates that are fixed in the calendar of a good lover of octopus. One of them is, of course, the San Froilán, a festival that is celebrated in Lugo every October and that concentrates numerous booths in which this product is dispatched with an excellent quality. The celebrations of the Ascension in Santiago de Compostela (in spring, towards the month of May) also keep much of the octopus tradition, as well as the celebrated San Lucas de Mondoñedo, the native town of Cunqueiro himself. And, of course, we must not forget some places that have turned this mollusc into their badge and even have their own and unique recipes: Mugardos (with its octopus á mugardesa, stewed, deliciously tender), Bueu, Muros …or O Carballiño in August, during The Polbo Festival