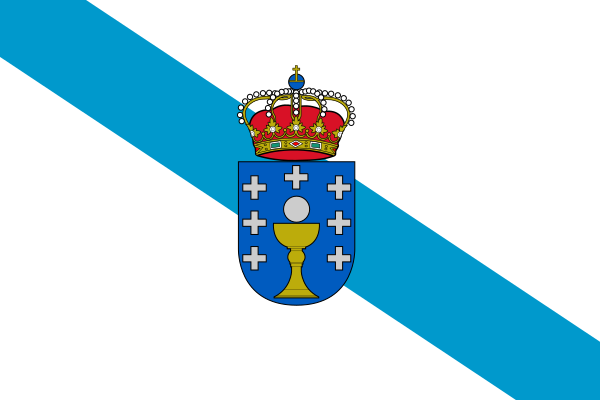 The Galician Anthem is a very curious one. Its extensive lyrics do not mention the word “Galicia” once, and the text, rather than extolling the virtues of the territory, defends it against those who attempt to aggrieve it. It is, nevertheless, a very beautiful poem in which all the aroma of the Galician landscape, the wild climate and the uniqueness of this land are reflected. But who was the author of its verses? And who put music to them?

The text was written in 1890 by Eduardo Pondal, perhaps the most important Galician poet of the time along with Rosalía de Castro and Manuel Curros Enríquez. Eduardo Pondal was born in Ponteceso (A Coruña) in 1835. He is known as the Galician bard because of his poems inspired by the sagas of northern Europe and by Celtic poetry. In these poems  he imagined a mythical past for Galicia, full of romantic heroes and battles, described with an elaborated language and an overflowing lyricism. Pondal portrays the landscape of A Costa da Morte and Bergantiños, his homeland, like no other. A trained doctor and an obsessive corrector of the texts, his main works were Rumores dos pinos (“rumours of the pines”) and Queixumes dos pinos (“laments of the pines”). He died in A Coruña in 1917 and is buried in the historic cemetery of San Amaro, by the sea he loved so much.

In 1890 he was contacted by musician Pascual Veiga Iglesias, born in Mondoñedo (Lugo) in 1842. Veiga asked him for some lyrics to submit to a Galician hymns contest; Pondal was by then already a revered figure in the small Galician literary world. For this occasion he wrote a text originally entitled Breogán; after a few changes suggested by Veiga to fit the musical composition, the poem, ultimately called Os pinos (“the pines”) was finished as we know it today.

It is a song in which Galicia is called to come out of its slumber and rebel against injustice, a succession of verses in which the beautiful and fierce nature of the country is masterfully described in a few strokes, with that famous opening: Que din os rumorosos… (“What do the whispering say?”). And no, in fact its long lyrics never mention Galicia, which is eloquently referred to as “the land of Breogán”, in reference to one of the Celtic myths much to the liking of Eduardo Pondal.

The hymn of Pondal and Veiga would not be played until many years later. Its first stage performance dates back to 1907 and, like so many things in the Galician cultural scene of the time, it happened on the other side of the Atlantic. It debuted in Havana, Cuba, in 1907, and soon became a favourite song during Galician events. Its role as the Galician anthem evolved little by little and during the Transition and it was turned definitively into the symbol that it is today.

In 1981, on the occasion of the approval of the Galician Statute of Autonomy, its place as symbol of the Autonomous Community became official, and it is now performed in solemn occasions and festivities. More than a century after it was composed, the romantic anthem of Pascual Veiga and Eduardo Pondal is more current than ever in Galician society.