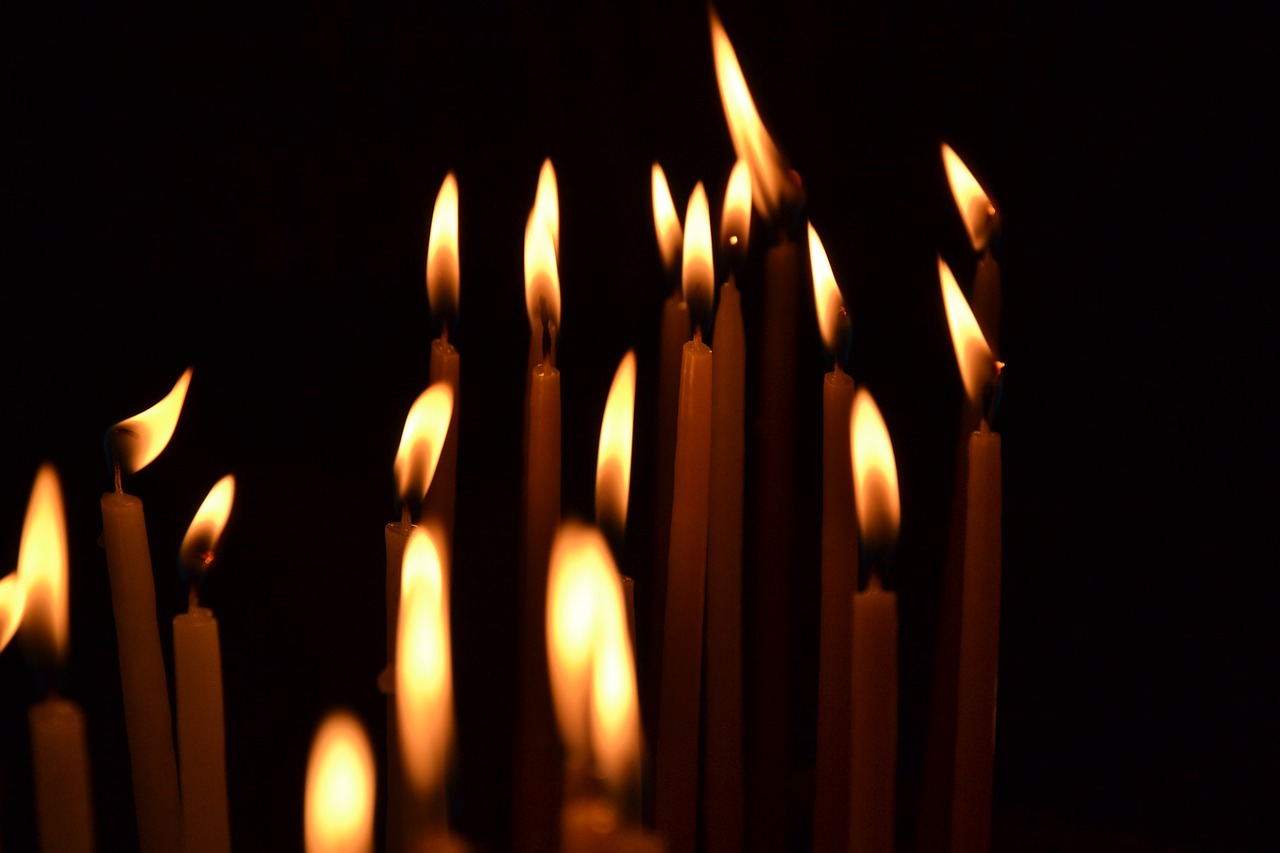 “I follow the procession with a wax axe, I’m a part of those who terrify the village. I make friends with ghosts and visions bathing the poor spirits in terror. ”

Noche de Difuntos is approaching and like the group from Vigo Golpes Bajos did in 1984 with the song ‘Santa Compaña’, we remember one of the most deeply rooted and terrifying stories of Galician mythology.

“Close the windows, lock the doors. Commend you to the saint! To Santa Compaña!”

For those who do not know it yet, the Santa Compaña is a procession of souls in search of the living that crosses the Galician lands frightening the walkers who cross their path. At the head of this ghostly company is a spectral, tall and extremely slender figure, the Estadea. Legend has it that they dress in long, dark clothes – usually black tunics -, travelling through villages and mountains in search of new ‘victims’ who carry the cross at the head of the peculiar procession. Together they travel the roads near the cemeteries in search of someone to announce his death or that of an acquaintance. The mortal, in this case, would have two options – none better than the other: die a few days later or pass the cross to another unfortunate who crossed the path, this being the new ‘leader’ of the march, and thus freeing himself from the mortal outcome.

Of course, if we run into them, we’ll know. Those who ‘say’ they have seen it claim to have felt a chill in their wake. In addition to the waxy smell of the candles that illuminate them, there is also the noise of chains against the ground, the sound of a small bell and a series of songs that disturb the most skeptical.

In any case, it is clear that its appearance does not augur well for anything positive, but that – almost always – it is synonymous with tragedies. To avoid it, they say that there are different ways to get rid of the consequences of the Santa Compaña. It is mainly advisable not to go out late at night in certain places and, even more so, we should avoid going out on nights with a full moon. But, if the ‘encounter’ is unavoidable, we can: (1) Mark on the ground a circle that surrounds us completely and have no visual contact with the procession, (2) Throw ourselves to the ground, close our eyes and pray so as not to be seen and (3) If this is the case and it is possible to do so, take refuge next to a ‘cruceiro’ because, legend has it, the Santa Compaña cannot capture the living who take refuge in this symbol of Galician architecture.

However, it is necessary to remember that the way in which the Santa Compaña is presented or the methods for fleeing from it are diverse. The history of this procession is revived each year, coinciding with the dates on which the greatest number of apparitions are ‘recorded’, the night between 31 October and 1 November and the night of San Juan.

Be that as it may, legends such as that of the Mondariz Cemetery (a place typical of the best scary films, with a disturbing aspect and surrounded by a forest where one of the apparitions of the Santa Compaña was lived), grow around this dreaded figure so typical of this land where magic and the enigmatic take hold of every corner.