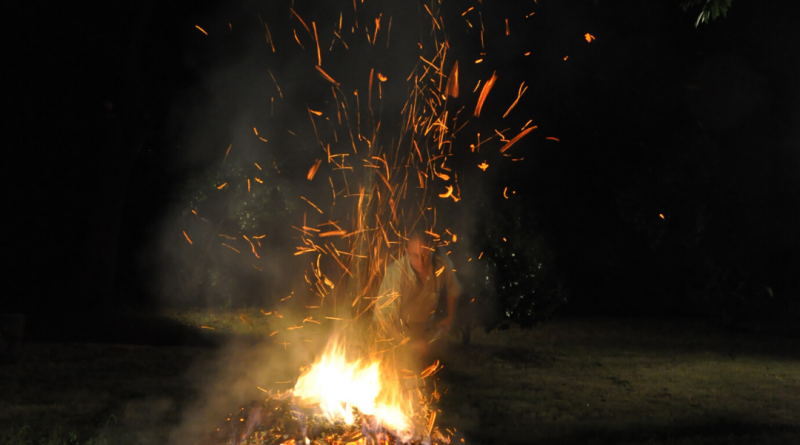 In the Galician festive calendar there are a handful of celebrations that have a great tradition in many parts of the community and that make the festive atmosphere equally felt in villages, towns and cities of the four provinces. It happens, for example, on July 25 with the acts in honor of the Apostle Santiago, and on August 15 and 16, days in which Santa María and San Roque share a festive reign. But if there is one popular celebration that reaches every corner of the community, it is the San Xoán one. It´s a celebration that takes place in the transit from June 23rd to 24th and that makes all of Galicia shine in the light of the bonfires.

It is erroneously known by a lot of people as the shortest night of the year (a title that actually corresponds to the summer solstice, which is celebrated a couple of days earlier). But what the night of San Xoán can boast of is that it is the most magical, since behind the Christian connotation of its name hides an ancestral celebration that still preserves some of its original rites. The main one is that of the bonfires themselves, the main reason for a celebration that starts in the late afternoon of the 23rd and reaches the central moment from midnight, when the fire makes an act of presence.

Christian tradition associates these bonfires with the fire that Zechariah, father of St. John the Baptist, would have lit to celebrate the birth of his son. But according to many historians this interpretation would only be the result of trying to Christianize previous pagan rites related to the summer solstice. This last date marks the moment from which the days begin to be shorter and the nights longer, so the objective of those who lit the first bonfires at that time in June was to try to provide new forces to the sun to stop that process.

Anyway, the custom of celebrating the evening around the fire has come down to us as a symbol of purification that serves at the same time to rid us of evil spirits and to entrust ourselves to the protection of the fire for the rest of the year. To achieve both objectives it is enough to jump over the bonfire, a practice that in many places in Galicia has to be done a total of nine times, although in other places this number varies (but it is always odd).

The San Xoán is a collective celebration that invades public spaces of all kinds bringing together neighbors, families and friends. Squares, beaches, parks, streets, lots and other diverse locations serve as meeting points for people of all ages, from small children who are initiated in the rite of fire by jumping over a few coals removed from the large bonfires, to already veteran neighbors who want to see if the essence of the party remains intact. Crowded meetings that bring together hundreds or thousands of people live together in the same night with small family and neighborhood gatherings, all united by a common spirit. From A Coruña, where its spectacular celebration was declared of international tourist interest in 2015, to the smallest village, they share an evening of tradition and fun that is always open to anyone who wants to join in.

Both the bonfires and the San Xoán celebration itself enjoy different names throughout Galicia: cachelas, cacharelas, cacheiras, lumeiras, laradas, lumaradas, fogueiras… What does not vary is the rite of jumping over the flames or the star dish that adds flavour to the evening. “For St. John the sardine wets the bread”, says the saying and this is fulfilled to the letter in almost all the Galician celebrations. Before the smoke from the bonfires makes itself felt in the air, it is the aroma of roasted sardines accompanied by bread (preferably corn bread) that is present as another symbol of the evening. The wine that accompanies this tasty fish and the queimada, with its rite and purifying meaning, are two other ingredients that cannot be missing in many of the San Xoán celebrations.

But fire is not the only element of purification associated with this magical night. In some places in Galicia, water is also used to achieve this effect by replacing or complementing the jump over the flames with immersion in the cold sea water. And in some cases, as in the beach of A Lanzada, this bathing is directly related to another rite, in this case of fertility, which is celebrated on the last weekend of August and according to which women who wish to overcome infertility and become mothers must let themselves be beaten nine times by the waves that bathe the beach located at the foot of the chapel of the same name. There are those who maintain that this rite can also be performed during the night of San Xoán, but purists defend that it is a matter of confusion.

Water is also an important ingredient in another of the central rites of the galician San Xoán that has its roots in the pre-christian pagan celebrations of the summer solstice. In this case, we are talking about the San Xoán herbs, a tradition that consists of collecting and preparing a bunch of different plant species on the 23rd and submerging it in a container of water. The next day the liquid is used to wash away the evil eye and envy, while the corsage is dried and stored to be burned a year later. The tradition is as extended as varied is the list of herbs that should be used, since the peculiarities of each area take precedence over other considerations when preparing the bouquet, but one of the most widespread “recipes” dictates that the seven varieties to use are fennel, male fern, wort of San Xoán, mallow, rosemary, lemongrass and broom. In many places the herbs are also used as amulets for the protection of the home and are placed in the entrances of the houses, also giving a little more color to the streets in which for one night the light of the streetlamps will be replaced by the glow of the bonfires.