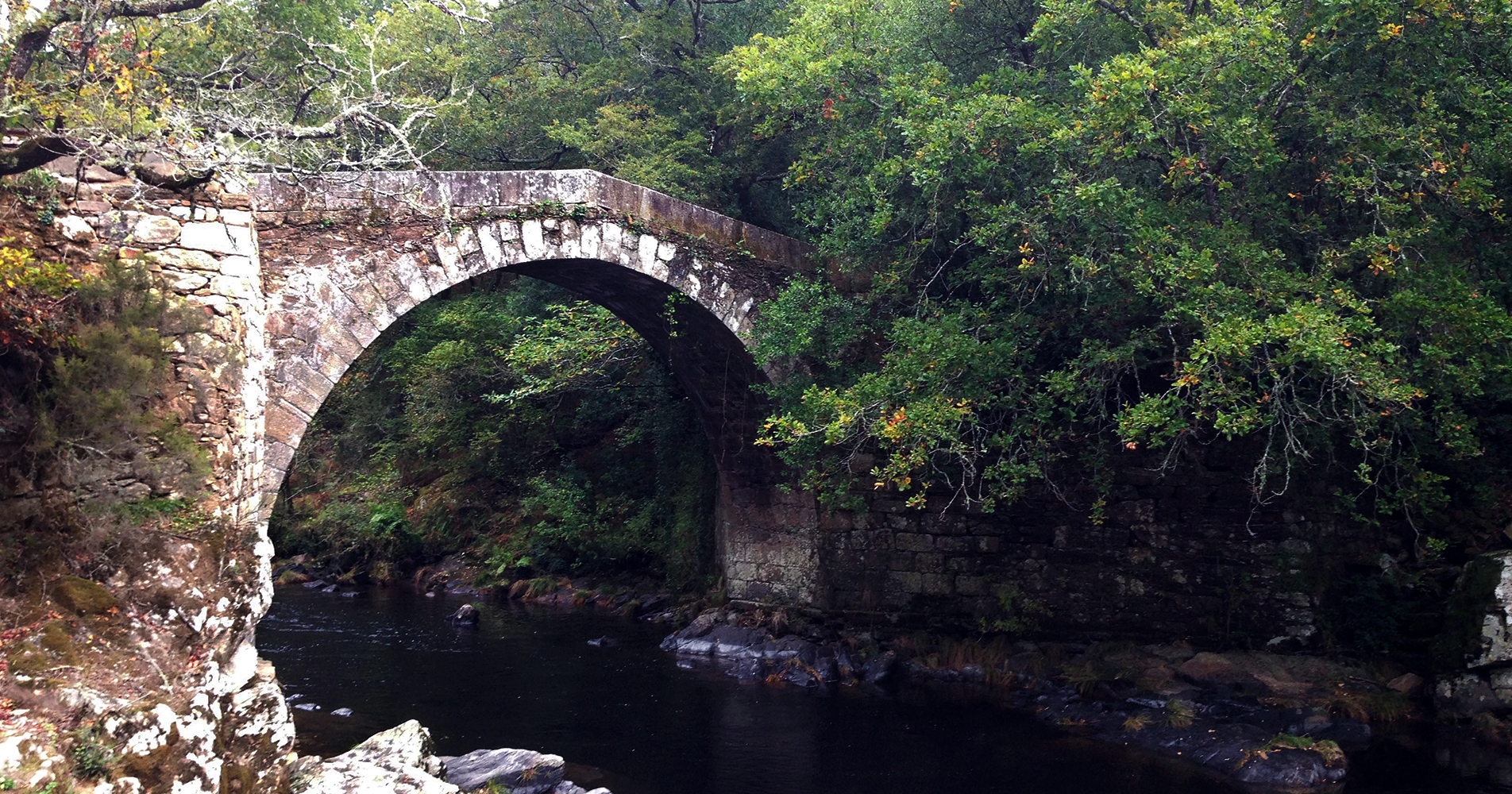 In just a couple of curves of the majestic Deza River, the Concello de Silleda holds two of the most beautiful locations in the interior of the province of Pontevedra. One, the waterfall of the Toxa River, has been carved by water and time in one of the tributaries of the main stream; the other, the Monastery of Carboeiro, was founded by the monks more than a thousand years ago and remains as testimony to the strength of a region full of history.

The Toxa River, which flows between walls from the mountains of Forcarei, rushes over itself when it arrives at the Silledan parishes of Pazos and Martixe. Reaching the waterfall is very easy from the N-525 road, which connects Santiago de Compostela with Ourense. When you reach the town of Bandeira you have to take the detour towards Merza and Vila de Cruces, and then follow the street signs. The car can be left in a small parking area a few hundred meters from the waterfall, which you can reach by going down a wide forest track. On the way back the climb can be hard, but it will be worth it after the natural spectacle you will witness.

And this spectacle is none other than what is considered the highest waterfall in Galicia. The river, wedged between granite walls, falls on a pond making a huge roar and forming clouds of steam that colour the air when crossed by the light. In this part of Galicia there are several places where the most common flora in the mountains of the northwest (oak, chestnut) is mixed with other species perhaps more typical of warm or Mediterranean climates (cork oaks, strawberry trees) and others typical of the riverside vegetation (willows or ash). It happens here, at the foot of the Toxa, and also in natural environments such as the nearby Sobreirais (cork oak groves) of the Arnego river. A little further down the waterfall the Toxa twists among the stones before finally flowing into the Deza.

Upstream of this last river is the monastery of San Lourenzo de Carboeiro, surrounded by a curve of water. Abandoned completely in the mid-nineteenth century after the confiscation of church property, its interior emptiness is overwhelming. Nothing remains of the ancient monastery except for its structures, the sun that invades it and a millenia of dust. The church, completely free of furniture and other elements, is especially beautiful: tall columns with decorated capitals support the vaults, built in the twelfth and thirteenth centuries in a mixture of Romanesque and Gothic styles. The recent restoration of the enclosure allows us to both  descend to the crypt and climb to the towers, a laborious but essential ascent. From above you can understand the strategic situation of the monastic community, founded in the tenth century and protected by the waters of the Deza in three of the four cardinal points.

As you leave the monastery, to the right, you can take a path, also easy to walk, that will take you to the very foot of the stream. Here the river can be crossed through the so-called Bridge of the Devil (Ponte do Demo), which connects the municipalities of Silleda and Vila de Cruces and receives its name from old legends that place Lucifer as its creator. Regardless of traditions, the bridge is a magnificent construction, with a single high and perfect arch over the Deza, the central river of a fertile region in the heart of Galicia.