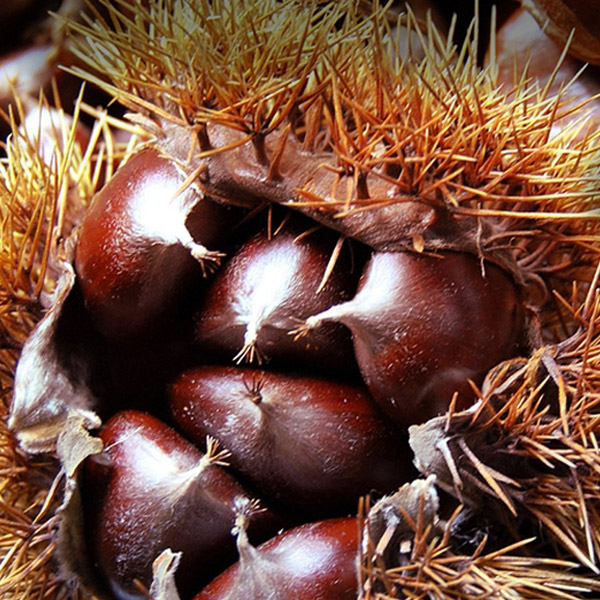 It is impossible to deny the charm that autumn itself has… but if we talk about the Galician autumn, the charm goes further.

Today we will speak of one of those autumnal traditions of our land that makes every year we are all looking forward to this time: the magosto.

It is a party with a great tradition in the north of the Iberian Peninsula in which chestnuts and fire are the main protagonists. It is usually celebrated in the first two weeks of November and, in these meetings, songs, dances, stories and popular games usually accompany the tasting of this delicacy.

And is that if already only the smell of roasted chestnuts is irresistible, the taste is a real gift of nature. That is why the magosto is full of people who, with a smoking “cucurucho” in their hands, want to celebrate the end of summer and the beginning of the cold months.

Although its origin is due to the desire of the people of the towns to celebrate that the harvest had come to its end, the truth is that some people attribute to this party a much more magical origin. We already know: in Galicia we have legends for everything. For that, we also have one. The fact is that people say that this fruit symbolizes the soul of the deceased and that to release a mistress from Purgatory, during the celebration of the magosto a chestnut was to be put on fire and then eaten. The writer Manuel Murguía already associated in its writings this fruit with the death and the new wine with the step to another life. Who knows…

The truth is that this is a deeply rooted tradition in Galicia. It is not surprising, as this is a land full of chestnut trees.

About this, and as a curiosity: do you know where this tree comes from? It was the Romans who first brought them to Galicia and, in addition to quickly occupying the whole community, the fact is that climate and land favored this type of plantations, making them one of the most productive. So much so, that for years chestnuts were an important part of Galician food, losing some of its importance with the arrival of potatoes and other foods from America.

But let’s get back to the party…

Although the magosto is celebrated in all Galicia, it is especially known in the south of Lugo and in Ourense. It is precisely here that the magosto coincide with the celebration of the San Martiño, which has received the distinction of Fiesta of Tourist Interest of Galicia.

Moreover, little or nothing has changed this celebration over the years…

Initially, to the menu of roasted chestnuts of this party were added the sausages and the wine of the new harvest and, moreover, was celebrated in the mountain. Nowadays it is celebrated in private houses or in any other place.

But those, in the end, are minor details. The important thing is to celebrate and maintain the tradition.