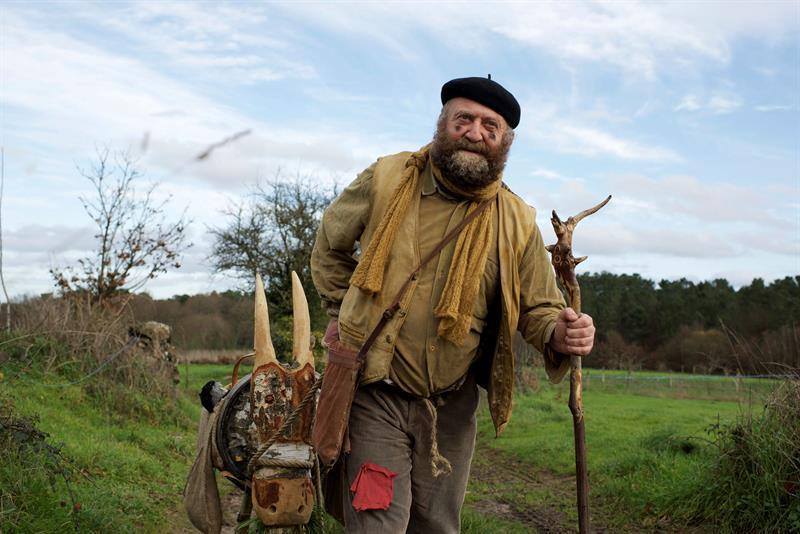 Many children today no longer have to choose between Santa Claus and the Three Wise Men when it comes to asking for Christmas presents: while the chunky northern character leaves them toys on Christmas Eve, the Three Wise Men from the East arrive punctually to their appointment between the 5th and 6th of January. Galician children are even luckier: every December 31st they are visited by the Apalpador, a character from the mountain tradition happily retrieved and increasingly well known throughout Galicia.

This is one of those  autochthonous traditions that, fortunately, have been revived in recent times, after many years of oblivion. It’s the same thing that happened with celebrations like the Samhain: the celebration of pumpkins and the dead, of celtic roots, was years ago hardly remembered by the elders and now it has become one of the most awaited dates for the children throughout the Community, partly because of the recovery work done by collectives and institutions and also because of the pull of other similar events of similar origin, such as Halloween.

In the case of the Apalpador, a decade ago this figure was remembered little elsewhere than in the mountains of eastern Lugo. The area of O Courel and Ancares, full of isolated valleys of wild beauty, preserves real ethnographic treasures barely known even by the rest of Galicia, as in this case. Historians such as José André López then described the character  saying that he “dwells in the meadows dedicated to making charcoal, a giant wearing a beret and a ragged and patched jacket, smoking a pipe and feeding on wild berries and wild boar.” He comes down the mountain on the night of December 31st while the children are asleep to feel their bellies and know if they are hungry or not, and gives them a handful of chestnuts. The testimonies of many elderlies who remember the visits of this character were the basis for the rebirth of the myth.

His description (a large man, not very well groomed, good-natured and living in the wilderness) relates him to other Christmas figures from nearby places. As, for example, with the Basque Olentzero, with whom he shares clothing and profession, since both live isolated and work on making charcoal. They both symbolize the end of the year, the break with the old times that are ending and the birth of a new era.

Associated with the arrival of the so-called Pandigueiro some songs are remembered with which the elders tried to calm the nerves of the children on the night of his arrival, and which are now sung in many schools, with verses such as “go then my little boy, go now to bed, the Apalpador will come to touch your tummy”. As a result of the recovery of this popular myth many children’s books, records or plays in which it is explained who this giant is have emerged. As it is logical, they are specially successful at Christmas time.

Nowadays the Apalpador brings children something more than chestnuts, and it is the occasion for toys, clothes or candy to appear at the foot of the bed. So now you know, if at the start of the new year you are in Galicia and you find gifts or chestnuts in your room, do not think badly of your neighbours: it was the Pandigueiro that came to visit.