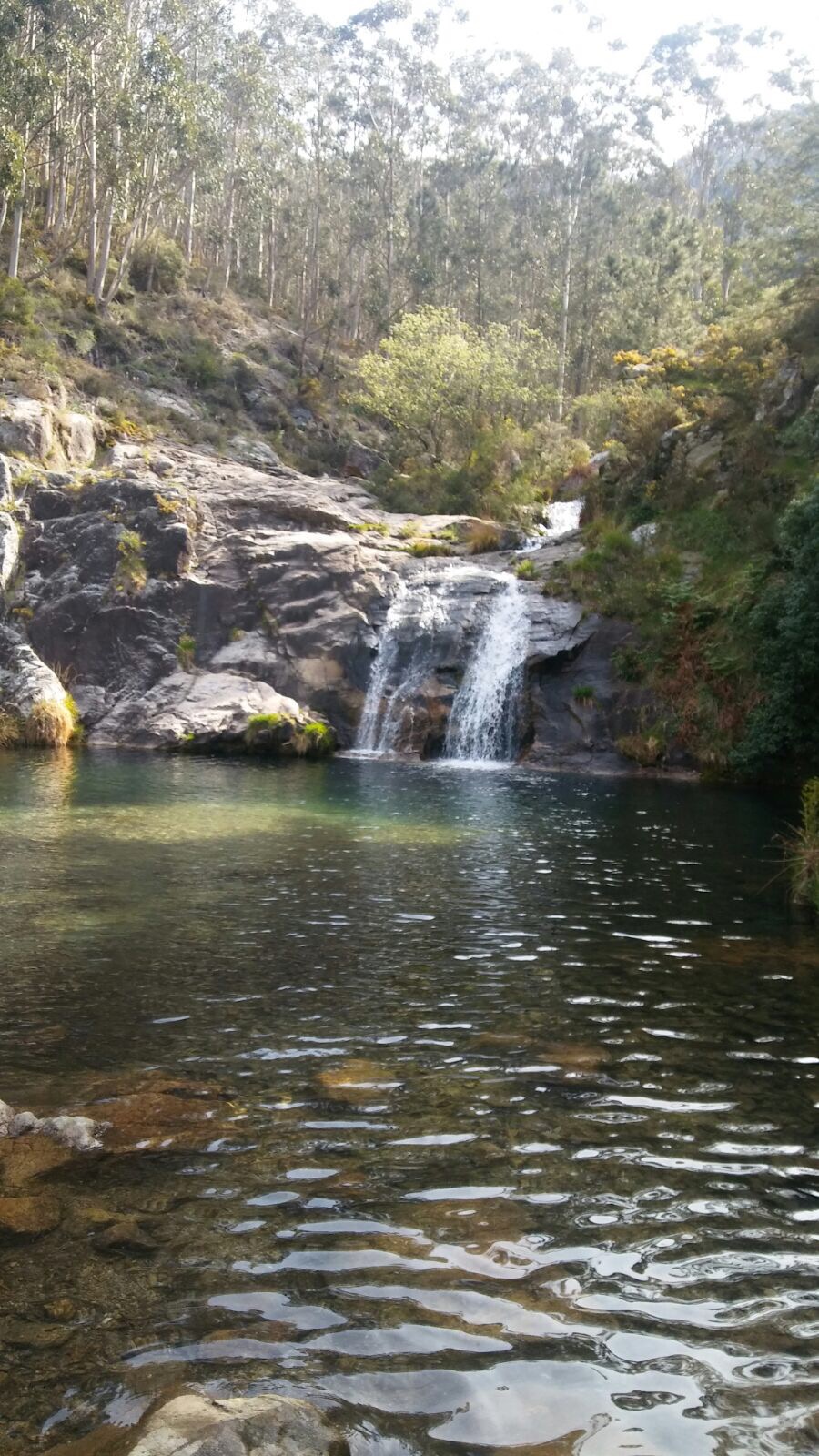 A simple look at the map of Galicia shows that its coast is usually abrupt, characterized by that gift of nature that are the estuaries. But there is a part of the Galician coast that loses this characteristic to show itself practically rectilinear, frontal and open to the sea. It is the coast south of Baiona, between Cabo Silleiro and the mouth of the Miño river, an area in which the concello of Oia is located.

There are many reasons to visit this municipality: the monumental monastery, close to the sea; the gastronomic environment around it, in the Arrabal neighbourhood; or the aforementioned Cabo Silleiro, with its lighthouse and its ruins of defensive military sites. We will come back to this later, but let’s start with a walk that will be especially enjoyed by the children: the Magic Route.

Designed from its very name to be taken with boys and girls, the tour starts at the seaside in ​​the parish of Mougás, north of the municipality. Some people even prefer to start in the Monastery, although this extends the walk considerably. The short route is six kilometres long, runs through firm forest tracks and is doable for all types of walkers. The ascent begins on the other side of the road in front of the camping site, offering every so often a place to rest and watch the sea.

The first obligatory stop is by the petroglyphs of A Cabeciña, where you can also see the remains of a fortified castro (a neolithic settlement). The informative panels, present throughout the route, will let children understand a little better the importance of the megalithic and castrexa cultures in Galicia: people have been living in this very place since 4,000 years ago; and from here the castrexos used to dominate from above the coastline and the natural port of Mougás, undoubtedly very precious on a coast without beaches and scarce shelter. The Castro da Cabeciña was in use until the Middle Ages and is a summary class of the history of Galicia that children can easily take advantage of.

Soon thereafter, other attractions of this route will appear: the waterfalls, of greater or lesser fall depending on the season in which they are visited, finishing at the star location of the route, the Ponds of Mougás. They are formed by a small river, the Peito, that is born at the top of Monte da Groba to then fall to the sea in very few kilometres. In the largest of the pools it is possible to bathe and cool down after the ascent.

Walking south, already in the parish of Viladesuso, we will find another castrexo settlement, called Cano dos Mouros, and examples of cork oak, a tree that was more common in this area in other times. And higher up the petroglyphs of A Pousadela, where the ancient inhabitants of Oia carved hunting scenes, a boat or geometric designs on granite stones, fittingly called Pedra do Cazador (Stone of the Hunter) or la Pedra dos Chetos.

From the natural lookouts offered by the top of the mountain you can see, down below, all the immensity of the Atlantic Ocean and the wildness of the Oia coast. To the south is the aforementioned Monastery of Santa María. It was built at the beginning of the twelfth century and lived off fishing revenues until the nineteenth century. The building was constructed in several phases, and its highlight is the sober façade from 1740. At its southern end there is a small village, called O Arrabal, which preserves buildings of the eighteenth century, very interesting samples of Galician seafaring architecture. Many of them have been restored in recent years with restaurants and bars in which to regain strength after the walk.