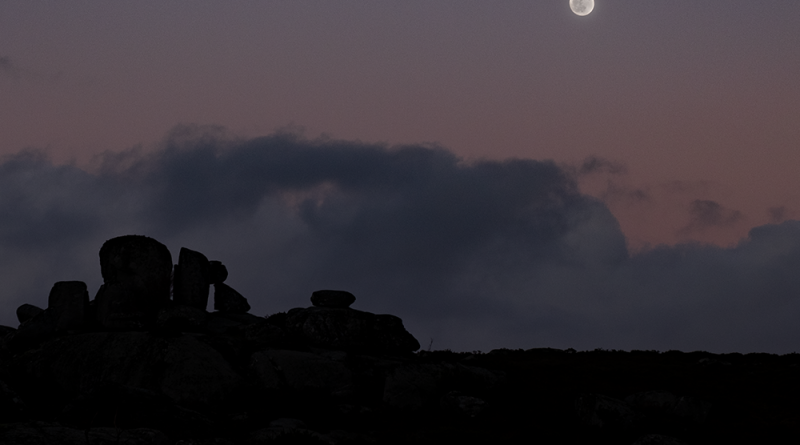 Galicia is known for its beaches, its gastronomy, its natural landscapes and also its architectural and ethnographic richness. However, there are many other attractions that, although they go unnoticed, are also waiting for you in this land. One of them is the so-called astrotourism, tourism oriented to astronomy fans. In this guide we propose some of the places and activities that you cannot miss if you are a true fan of the starry skies.

The Starlight Foundation, an entity promoted by the Instituto de Astrofísica de Canarias, annually grants certifications to those places that meet a series of requirements that accredit an excellent quality of the sky. Galicia has two certified sites, one of which is the Illas Cíes archipelago in the Parque Nacional das Illas Atlánticas de Galicia. Located in the Rías Baixas and made up of four archipelagos, it offers spectacular views of the starry sky. There is no light pollution in the ilands, making it one of the best places in Galicia for stargazing. In addition, there are celestial planispheres installed on the islands to facilitate the interpretation of the sky. From there we can observe the moon, the stars, artificial satellites, meteors, shooting stars…

The highest point in Galicia, in Pena Trevinca (A Veiga) is the other Starlight destination in the community. And it’s not just a question of altitude, since the light conditions and the absence of buildings give the place idyllic conditions for night sky observation. The best views are those of the starry viewpoints of O Rañadoiro and Tablilla das Lagoas. Both have information panels and planispheres with user manuals. If you prefer to be accompanied on a guided tour you can check the Starlight Trevinca Tourist Destination’s Facebook, as they organize monthly activities.

The House of Science is located in the Santa Margarida Park in A Coruña. Although the rest of the museum is closed, the planetarium, located in the upper dome, has just reopened its doors after the pandemic. By booking in advance on its website, you can enjoy an excellent quality spherical projection that realistically reproduces the night sky, the Solar System or the Milky Way. There are currently four daily sessions with different contents at 11:00, 13:00, 17:00 and 19:00 for a price of two euros.

Near As Casetas, in the Pontevedra municipality of Forcarei, there is one of the main observatories in Galicia, the Forcarei Astronomical Observatory. It is located at the top of a hill with very little light pollution, as there are no population centres nearby. In addition, the mountainous system protects it from the lights of other nearby towns. In this way, it is possible to observe the starry sky in 360º, both in the open air and through a telescope. To arrange a visit you only need to contact the observatory through its website and provide the required data.

The Ramón María Aller Astronomical Observatory of the University of Santiago de Compostela organises the programme ‘Astronomía nas Rutas Xacobeas’. This initiative aims to disseminate astronomy throughout Galicia through night observation sessions, presentations, conferences… They explain the connection of the stars and the Milky Way with the Camino de Santiago and the pilgrims. The program began in July, will be extended throughout the month of August and will end in September.

Other facilities, such as those at the Cotobade observatory, are still closed due to the coronavirus pandemic, but Galicia has many other places to stop and look at the sky. Viewpoints located on peaks or in remote areas of population centres, many spaces in rural areas far from light pollution and even busy beaches that empty of bathers and light at nightfall are waiting to show us the spectacle that opens above our heads.

Do you want to take a close look at what the old smithies were like? 🔨 In the municipality of Bóveda, Lugo, you can see one of the best preserved in the province, that of Penacova, whose first references date back to the 18th century. #Sentidiño #Bóveda pic.twitter.com/V8Jk4NbzsS