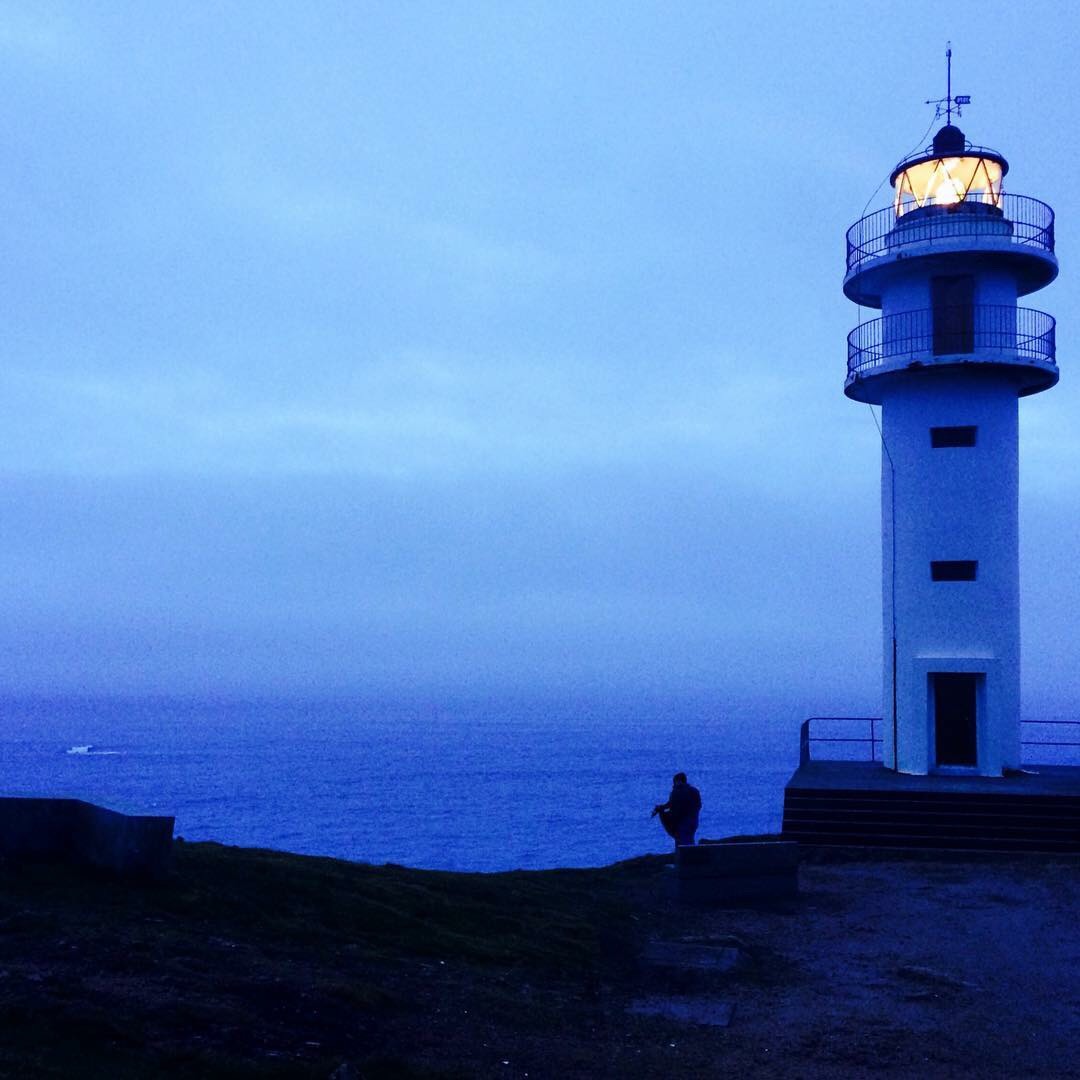 “There is an oversight in Genesis. It does not say when lighthouses were created. They are of the work of man but belong to a special natural order, like boats. However extraordinary or magnificent other constructions may be, there is no architecture like it. Lighthouses are living beings. More than just a part of the landscape, they create it.” (Manuel Rivas)

In 2012 a group of friends thought that it was possible to link Malpica and Finisterre with a path close to the sea. They left Malpica and through existing routes and different connecting paths along Costa da Morte and reached the wanted final destination. They created a spectacular hiking route and one year later, in 2013, they founded the O Camiño dos Faros association, which main aim is to promote this route as one of the most valuable destinations in Costa da Morte. Along these 200 kilometres, it is unavoidable to be seduced by different landscapes, the incredible views of the sea and the journey to the West. Lighthouses, beaches, dunes, rivers, cliffs, forests, seaside villages and viewpoints with amazing sunsets, make way for an endless number of sensations which are hard to describe. You have to live them to understand.

In O Camiño dos Faros association, the route is divided in 8 stages with an average duration of 9 hours each.  The Camiño starts at the smallest lighthouse in the port of Malpica. It continues  to Narigas’ lighthouse, which is one of the newest buildings, and finishes the first stage in Niñons beach. The following stages bring you to Roncudo lighthouse and Laxe lighthouse, both built in 1920 with a height of 11 meters, and to the Vilán lighthouse, which is one of the most majestic. After that, the path brings us to Muxía lighthouse, close to the Virxe da Barca sanctuary and from which you can see the river and Vilán cape. On rainy and windy days, the bravery of the sea makes this point one of the most spectacular places of this Camiño. Next stop is Touriñán lighthouse, which is located at the most Western point and turns  the last sunset of continental Europe in something splendid. Furthermore, it is one of the most antique ones, dated from 1898. And the last stop of the way is Finisterre lighthouse, with the immenseness of the Atlantic Ocean under our feet. It’s here where the most dramatic shipwreck of Galician history took place in 1596: 25 ships were involved and 1706 victims were counted.

Legends, fables and myths give mistery to these routes and to every small place of this land which is waiting for you, if you haven’t discovered it yet. And under each lighthouse you’ll find a story that creates the landscape, as Rivas said.