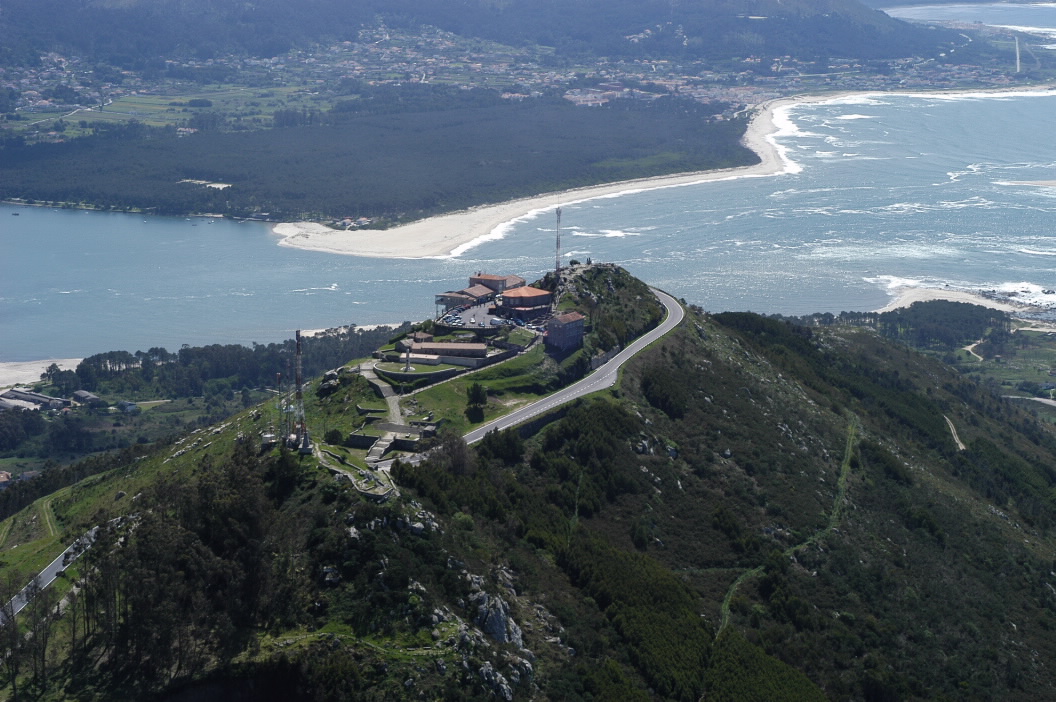 Galicia is beautiful to look where you look, but there are places that, either because of its special enclave or its privileged location, multiply that beauty for a thousand. Today we will make a route around ten of the best viewpoints in our community.

1.-Mirador do Alto do Príncipe. We start our tour on the Cies Islands. There, after reaching the end of an absolutely unforgettable trekking route through Monteagudo mountain, you will find this viewpoint. From there, both standing and sitting on some of its rocks (such as the famous “Chair of the Queen”), one is amazed at everything you can see around it. On one side, the immense Atlantic. To the other, Vigo and surroundings. And between one and another, the blue of the sea mixing with the green of our vegetation

2.-Mirador do Castro. Also in Vigo is precisely where we stop now. And it is that one can not leave the city without visiting O Castro, a mountain in the heart of the city olívica from whose top you can see the best views of the estuary of Vigo.

3.-Mirador de Santa Trega. Also in the province of Pontevedra, but further south, at the border with Portuguese lands. The Mirador de Santa Trega belongs to the municipality of A Guarda and offers a magnificent view of the mouth of the River Miño, with Galicia on one side and Portugal on the other. In addition, as in the case of the Mirador de O Castro, on the side of the mountain where they are located you can visit the remains of old Celtic castros.

4.-Mirador Monte de O Facho. In the heart of the Costa da Vela, which we have already spoken in depth previously, O Facho offers a privileged view of the Illas Cies and the estuaries of Vigo and Pontevedra.

5.-Mirador de A Curota. If we head north, we find this viewpoint in Pobra do Caramiñal. Located at about 500 meters of altitude, it allows us to enjoy the sea in all its immensity, with the estuary of Arousa to one side and its famous bateas, as well as of the vegetation and the millenarian rocks that surround the mount. The setting is wonderful in its entirety.

6.-Mirador do Ézaro. After an ascent with infinite slope by the slope of Mount Pindo, we arrive at this viewpoint, which we also talked about recently in another post. From here we can see a panoramic view of much of the Costa da Morte.

7.-Mirador de As Grelas. In the region of Bergantiños it is almost obligatory to make a stop at the Mirador de As Grelas, a small resting area from which you can see magnificent views of the river Anllóns and Ensenada da Ínsua. It is a protected natural space, and if you go, you will understand why.

8.-Mirador del Monte San Pedro. In the heart of A Coruña, the old defensive stronghold of the city and current park for the rest and disconnection of all who seek silence and nature. Directly opposite, the Tower of Hercules, with its lighthouse illuminating the road.

9.-Mirador de Los Balcones de Madrid. If we move to the east, we stop at this viewpoint in the heart of Ribeira Sacra. Describing what is felt with the huge gorges under our feet is almost impossible task. You have to see it to feel it.

10.-Mirador de San Roque. Finally, in Viveiro, with 353 meters of altitude is one of the highest (and most spectacular) of the Mariña Lucense.

What do these viewpoints have in common? Its breathtaking views, which fall in love with everyone who stops to look.

13What is your favorite?